The character designs for the anime adaptation of the original upcoming anime Qualidea Code has been revealed in the February 2016 issue of NewType. You can purchase this issue here (get 5% off with coupon code MOE-N3Y-4YW0QK). 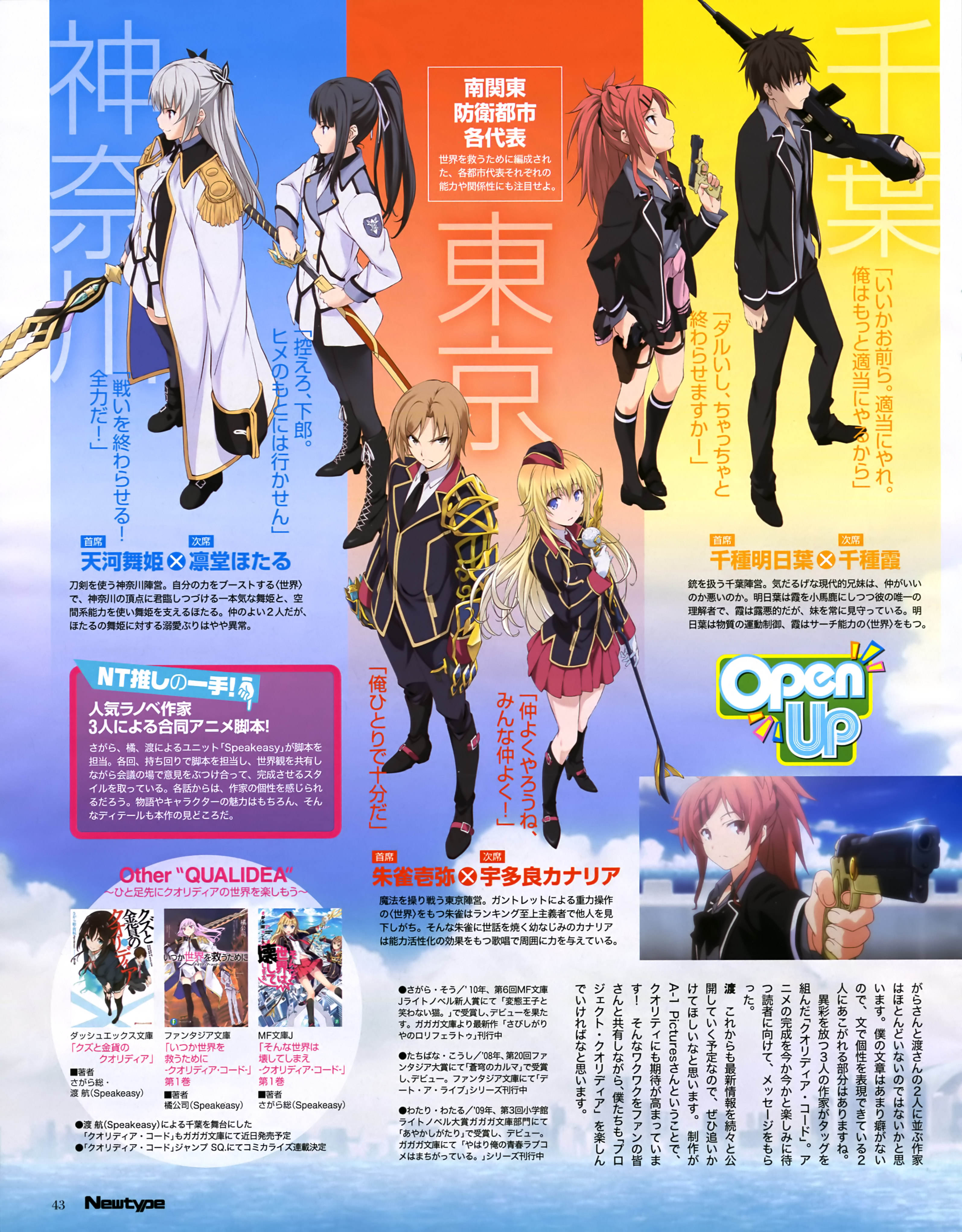 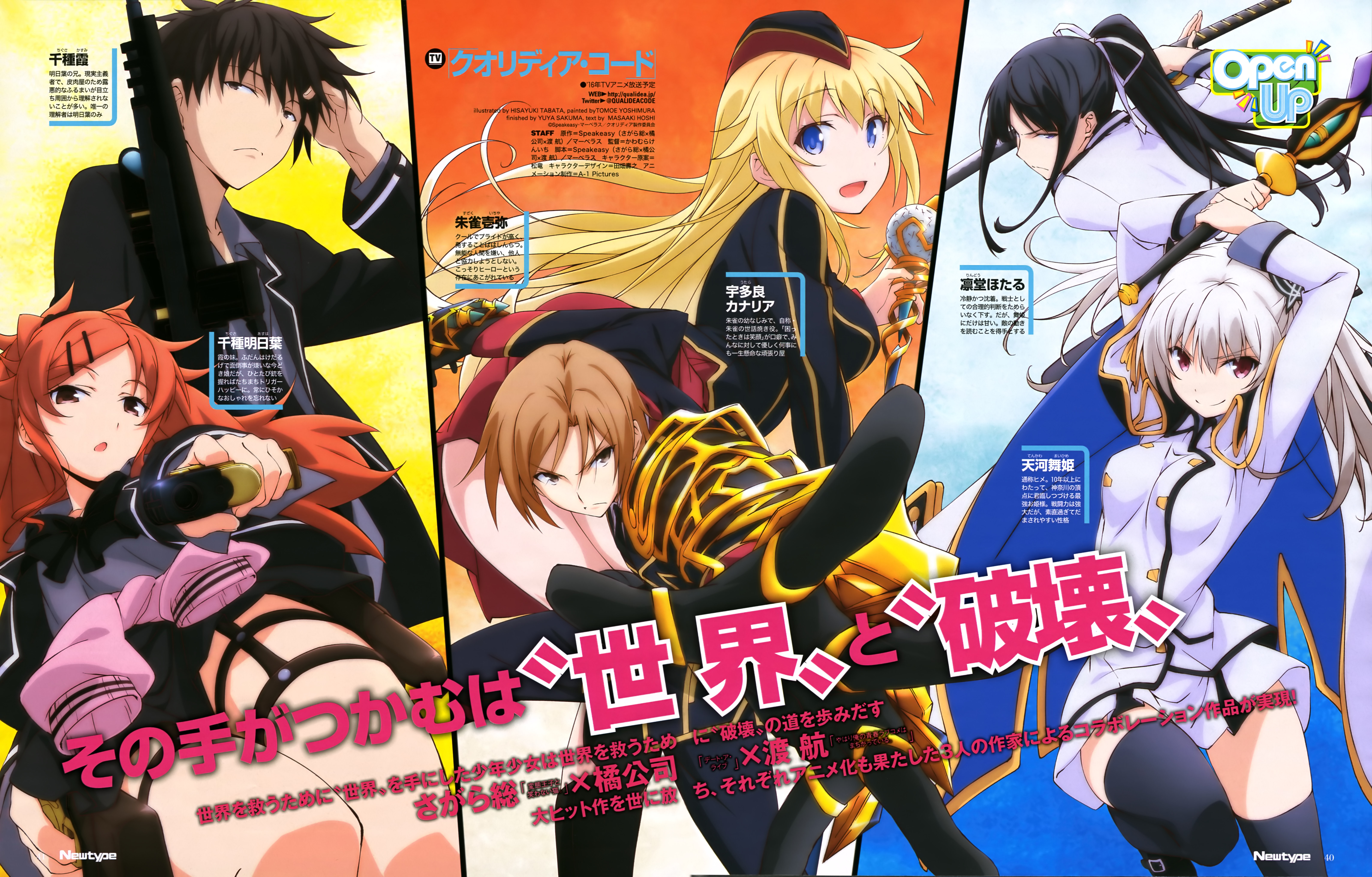 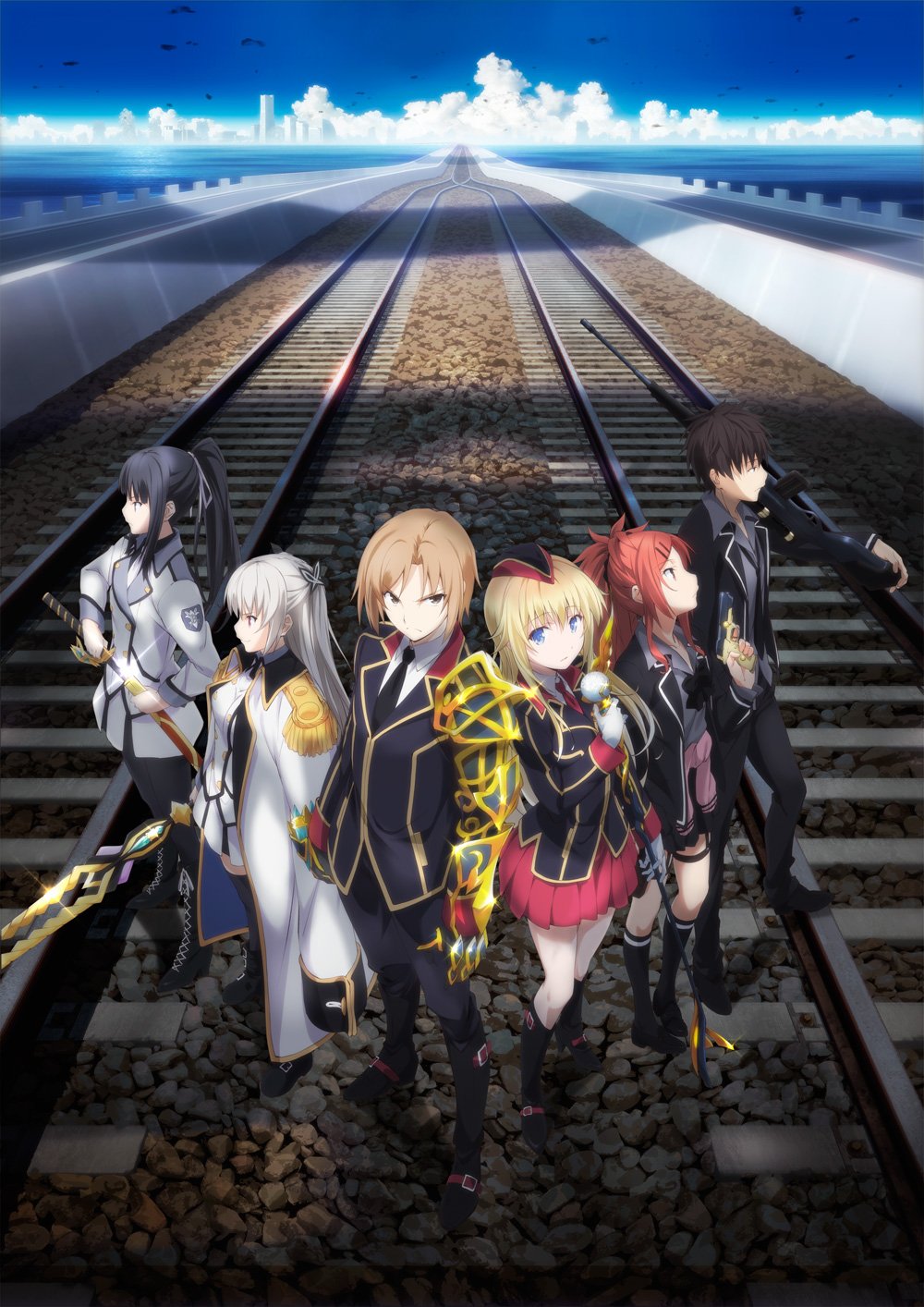 Qualidea Code is a Japanese multimedia project co-published by Shueisha’s Dash X Bunko imprint, Fujimi Shobo’s Fujimi Fantasia Bunko imprint, Media Factory’s MF Bunko J imprint, Shogakukan’s Gagaga Bunko imprint, and Shueisha’s Jump Square magazine. The original concept was developed by Marvelous and a three-person unit of writers known as Speakeasy made up of Koushi Tachibana, Sou Sagara and Wataru Watari. It launched in 2015 with several light novels, and a manga will be serialized in Jump Square in 2016. An anime television series will be produced by A-1 Pictures and directed by Kenichi Kawamura.

The story takes place in a world where people continue their war against the “unknown”—the enemy of humanity. Children who have been evacuated to a cold sleep facility during the invasion by the “unknown” several decades ago wake up from their slumber and learn that their bodies developed some supernatural forces. In order to protect the country from the “unknown” emerging from the Tokyo bay gate, the boys and girls wage battles in the defense the cities of Tokyo, Kanagawa, and Chiba.