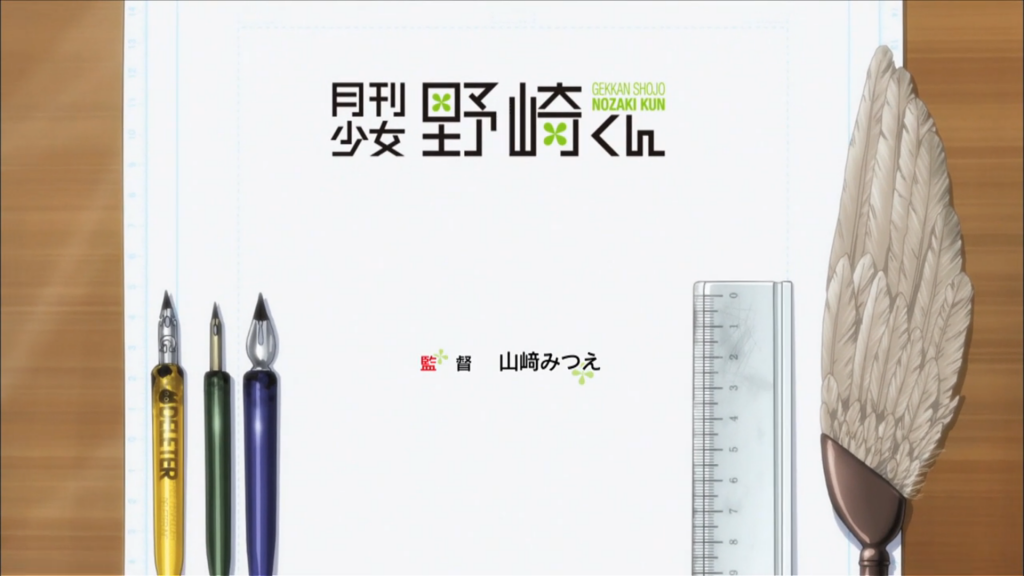 Chiyo Sakura has a problem. She’s in love with Umetarou Nozaki, a boy in another class. When she attempts to confess her feelings to him, he misinterprets her confession as a statement that she likes the shoujo manga he writes. A few more misunderstandings later, she becomes his assistant in drawing the manga. Through being Nozaki’s assistant, Chiyo learns how Nozaki draws inspiration for his manga based on his school life. The other characters act as characters in the manga with different names. The story follows Chiyo and Nozaki’s daily school and after school life.

The story doesn’t seem too different than standard rom-com school anime and it really isn’t. However, with the focus of the anime truly being on comedy, the story doesn’t matter too much. In fact, I kind of forgot the anime was a romance after the first episode. Each episode reminds you that it is, but it takes a back seat to the humour. That being said, the underlying story is still good as it deals with unrequited love as Chiyo tries to find ways to show Nozaki that she likes him as more than just a fan of his work.

With an anime that focuses more on comedy than romance, the ending turns out exactly like how you would expect it would. In other words, it’s not the best ending. However, the journey up to this point was still well worth it.

As with any slice of life anime that doesn’t rely on story, the characters have to be the standout reason to keep watching. Thankfully, the strongest point of Gekkan Shoujo Nozaki-kun is its characters. There’s a great diversity of characters in this anime, and they each have their own unique quirks and relationships to each other. Watching the anime for long enough is sure to yield a favourite character at some point. There’s the shy but down-to-earth Chiyo, the oblivious Nozaki, the ‘cool’ Mikoshiba, the mean Yuzuki, the ‘prince’ Kashima, the controlling Hori-senpai, and the goody-two-shoes Wakamatsu. The way all of these characters relate to each other makes for some interesting interactions, most often in hilarious ways. Since all of these characters behave in their own way, there is a lot of diversity in the way the humour is presented.

Although Nozaki and Chiyo are the clear protagonists, they aren’t always in the spotlight. There are times when Chiyo or Nozaki only appear briefly in one half of an episode or are missing entirely, as they focus on the other characters. In this way every character gets development, further increasing your chances of finding a favourite character. Each character feels important, and they all of their own stories that are unrelated to the main story. In this way, it makes it much easier to relate to these characters, and they feel special and not just accessories to the protagonists.

I haven’t watched a whole lot of Dogakobo anime but this is a significant step up from GJ-Bu, which aired last year. The animation was good, and the art was also great. Some of my enjoyment of this anime stemmed from the art and animation which was well presented here. Gekkan Shoujo Nozaki-kun isn’t breaking any new ground in terms of animation, but it’s art is the standout. 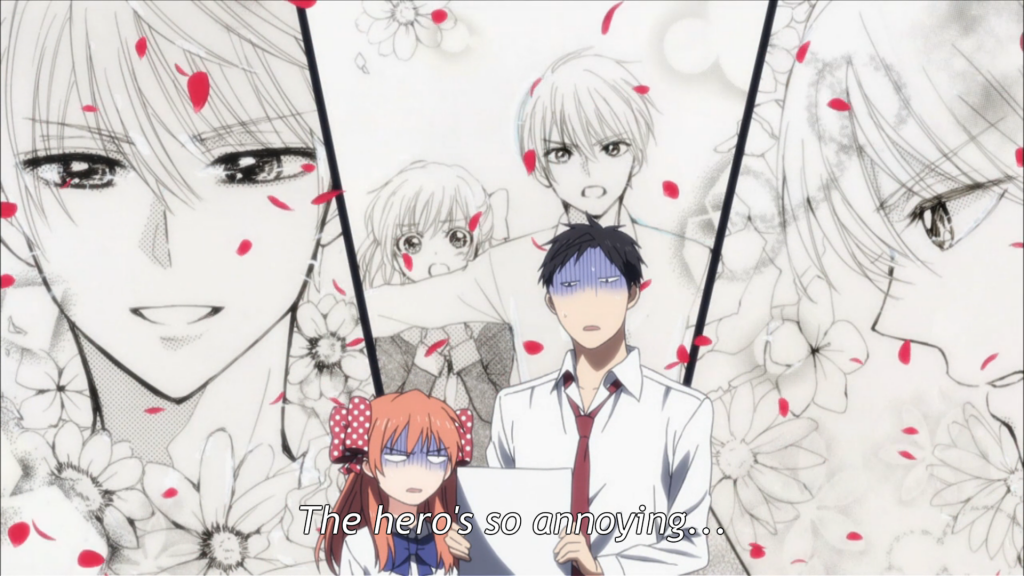 Like I’m finding with a lot of slice of life anime, Gekkan Shoujo Nozaki-kun does not have a standout soundtrack. The exceptions are the opening and the ending. The opening 「君じゃなきゃダメみたい」(Kimi Janakya Dame Mitai) is one of the “grooviest” songs I’ve heard in a long time, and I can’t believe I’m saying that about a Japanese song. The ending 「ウラオモテ・フォーチュン」(Uraomote Fortune) took a while to get used to for me, but I ended up really liking it by the end. I usually do end up liking character songs, or rather, songs that are sung by the cast of the anime.

The voice acting cast also deserves mention. Big names like Yuuichi Nakamura (Nozaki), Miyuki Sawashiro (Yuzuki), Nobuhiko Okamoto (Mikoshiba), and Mai Nakahara (Kashima) help balance out the relatively smaller voice actors. I initially though that Mai Nakahara would be miscast voicing Kashima, but she actually does an admirable job. The one voice actor who really surprised me was Ari Ozawa (Chiyo), who played her first main role in this anime. Listening to her voice acting, you wouldn’t know this is her first main role.

While my anime watching was rather light this season, I looked forward to every Sunday knowing there would be a new episode of this. It consistently made my day with its great humour, characters, and overall quirkiness.  The characters’ reactions to the actions of another plays off really well, and it’s always fun to see how these characters will react a lot of the time. The anime remained consistently fun week after week, and I couldn’t ever miss an episode.

While the premise is nothing we haven’t seen before, the way Gekkan Shoujo Nozaki-kun presents its characters and its humour isn’t something you see every day. Even though it’s small, character development is a plus across the board, and the characters all feel like they have a role to play. Art was really good, and the sound was spot-on. Overall, if you like to laugh and want to have great characters, this is for you. Hopefully, we will have the chance to see more of this anime in the future.

What did you guys think of Gekkan Shoujo Nozaki-kun? Let me know in the comments!