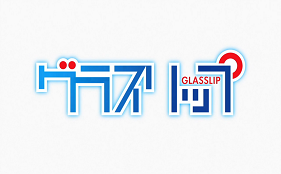 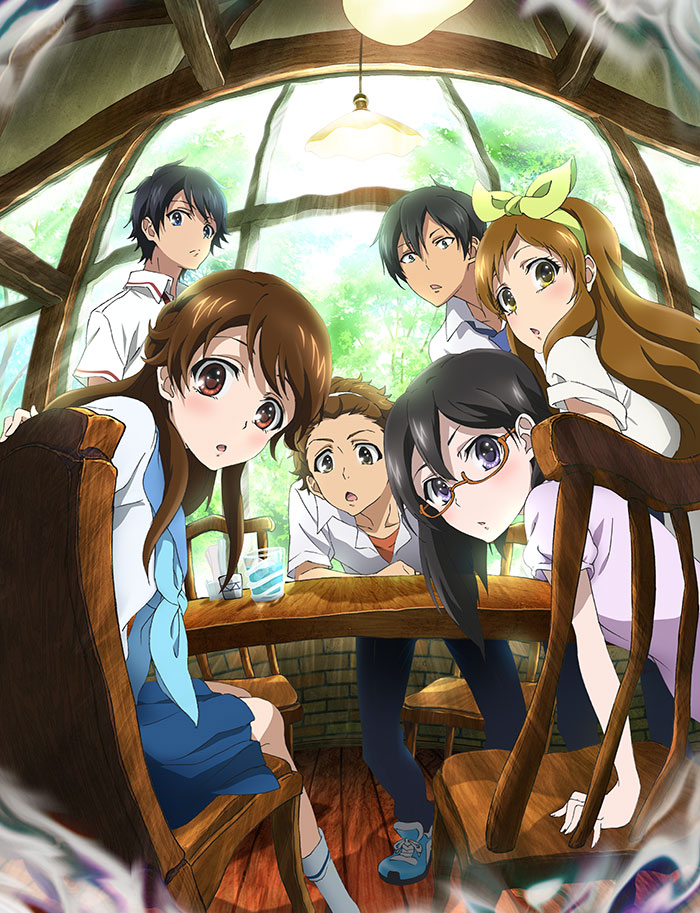 All through spring season, I was looking forward to watching Glasslip. P.A Works had just delivered a masterpiece in Nagi no Asukara (which I reviewed) the previous season, so you can probably understand why I was excited to see what Glasslip would be like. Just like how Nagi no Asukara has impressed me so much, I was hoping the same would happen with Glasslip. I did try to keep my hype level to a minimum after learning that Mari Okada would not be doing the script. However, even that could not temper my eventual disappointment over this anime. If I learned anything from this anime, it’s not too expect too much out of the same animation studio. They don’t always deliver great things all the time. Although I should have learned this lesson from Kyoto Animation’s disappointing lineup last year… Anyway, let’s get to Glasslip.

Touko Fukami’s life is pretty much perfect. She lives a carefree life hanging out with her friends following their own set of rules. One summer day, her life is thrown for a loop when a new boy, Kakeru Okikura, arrives in town. With a new arrival in their circle of friends, and the inherent desire for everyone in the group to begin dating each other, things begin to slowly change in their daily lives.

While this is fine and all, the anime moves at a pace that is much too slow even for a slice of life. It’s typical in slice of life anime to have a slow paced story, or none at all, but they usually augment the story with either humour or fun characters to help you get through the slower parts and to make it fun for you to watch. Glasslip had neither of them. There were a couple of times at the beginning when they put in a few jokes and it was slightly amusing, but they decided not to continue on that path. The romance part of this anime was, I suppose, treated a little more realistically than most other romance anime. However, it’s the awkward transition from friends to lovers, so at times it was hard to distinguish if they were just close friends or if they actually did think of each other as more than just friends. Partway in, they throw in supernatural elements into the anime which helped spice up the stale story, and in the end I was more intrigued by that part then anything else in the story. Still, in the end, even this new element couldn’t save the anime. Nothing really came out of the supernatural part of the anime. To add insult to injury, the ending felt rushed, even though the rest of the anime was really slow. How do you even manage to do that?

In addition, none of what happens in the story matters if I don’t care about the characters. In addition to Touko Fukami and Kakeru Okikura, there are four other main characters. Yanagi, Yukinari, Sachi, and Hiro. However, Glasslip gave me zero reasons to care about any of these characters. Why should I care if two characters don’t work out romantically with each other? Why should I care what happens to Touko when she suddenly inherits this supernatural ability to see the future? Why should I care about anything in this anime? There’s no backstory to these characters aside from Kakeru, no real development of these characters, they do things to each other that will just make you not like them, etc. In the end, the character I liked best was a supporting character, Touko’s younger sister Hina, and that was only because she was the nicest character out of them all and that was a good enough reason to like her. By the time they actually did start to focus more on developing the characters and making them more likable, it was the last episode. That’s far too late to reverse the damage that has already been done.

If I have one really good thing to say about Glasslip, it’s its art. A lot of Glasslip‘s backgrounds could be considered works of art. The lighting, the shadows, the characters, and the overall backgrounds are drawn with a high level of detail. I think other anime studios can learn a thing or two from P.A Works on how to make a great looking anime. If P.A Works can keep up this kind of work, their anime could be one of the better looking ones in the industry. I really can’t say enough to praise Glasslip on its art. It’s easily one of the best looking anime I’ve seen.

The animation of the anime is pretty good, but not quite on par with Nagi no Asukara. I kind of figured the same amount of animation detail that was put into Nagi no Asukara could have also been put in here, especially with this anime being shorter. Regardless, the anime still looks fantastic.

I mentioned in my Gekkan Shoujo Nozaki-kun review that many slice of life anime don’t have great soundtracks. Glasslip is a happy exception to this. There are a lot of points in the anime where there is no dialogue at all. You are often shown shots of the town or the sea. It’s during these parts when you get bored and start listening to the music. It’s a really good soundtrack. It’s definitely better than most other slice of life anime. The piano is probably my second favourite instrument after the guitar and the piano is one of Glasslip’s primary instruments of choice. The soundtrack compliments the artstyle, as well as the scenes it’s placed in. The opening 「夏の日と君の声」(Natsu no Hi to Kimi no Koe) by ChouCho is a very fitting song for the anime. It’s a beautiful song that fits the tone the anime projects. I could listen to that song all day. The ending 「透明な世界」 (Toumei na Sekai) by nano.RIPE is a personal dislike for me, only because I don’t like nano.RIPE’s singing. On the plus side, I did like this song better than other nano.RIPE songs I’ve heard.

I really wanted to like this anime; I really did. It has beautiful art, and a soundtrack that exceeds most other slice of life anime. However, with characters that are as dull and unlikable as a pebble, and a snail-paced story that is rendered completely pointless if you watch it to the end, Glasslip has lowered the bar when it comes to storytelling. The aesthetics can’t hold up an anime on its own. Glasslip is an anime with far more style than substance. 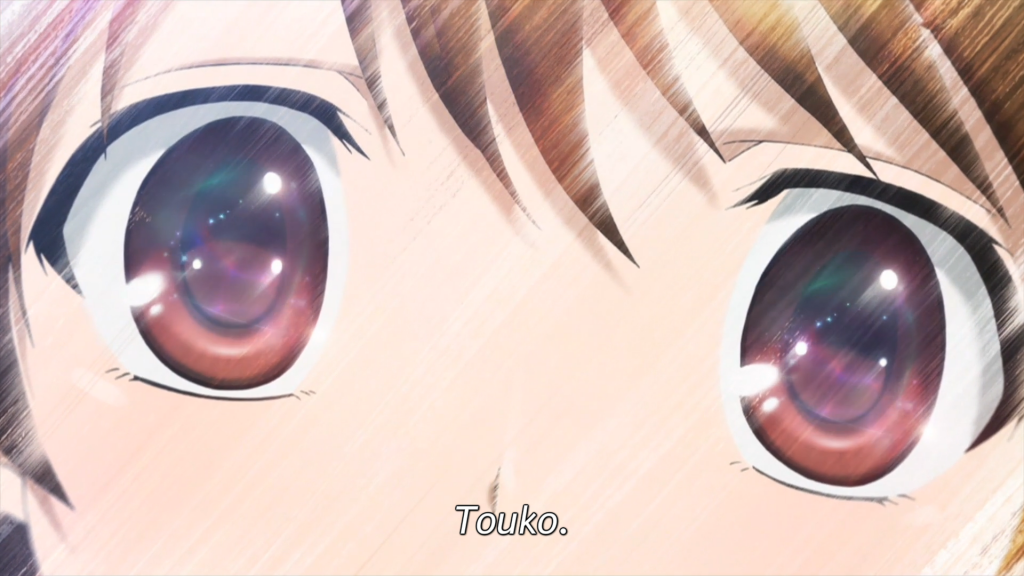 If you did stick with Glasslip until the end, what did you think of it? Is your opinion of it similar or different than mine? Let me know in the comments!