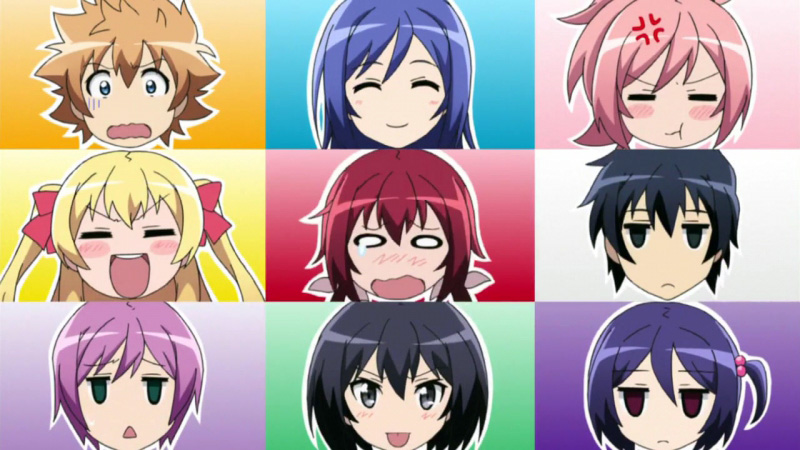 If you follow me and what I review, you know I love my comedy/slice of life anime. While most of the time I watch comedy/slice of life anime without any real twists in them, I occasionally do step outside of what’s normal for a change of pace. So when I saw there was comedy/slice of life that combined super powers, I was curious to see what kind of twist this could have on a traditional take of the genre. The result? Not much, really. However, that in no way hampered my enjoyment of this anime.

In a small town that seems to exist outside of the regular government, the Sakurada family is in charge of the country. Their distinction from the rest of the people is their super powers. The king, Souichirou Sakurada, wants his nine children to live a regular life like the other citizens. They own a house in the residential neighbourhood, the kids go to regular schools, and they partake in normal school activities. However, the king wants to ensure his children are protected at all times, and he installs security cameras all around the town to monitor his kids. The third eldest daughter and fourth child of the Sakurada family, Akane (who serves as the protagonist), is extremely shy and is absolutely terrified of the security cameras. So when the king decides he is going to hold an election to decide the next king (can be male or female for some reason), Akane makes it her campaign to eliminate the cameras.

While Akane does serve as the protagonist and gets the most screen time, the anime follows the entire family as they go about their daily business. The episodes are split into two or three smaller parts that each focus on one or two characters. One half of the episode might focus on Hikari, the upcoming idol in the family, and the other half would be about the eldest set of twins, Shu and Kanade. Most of the anime is about each of the children preparing their campaigns to become king and going about their business as royalty. Each of the children have their own unique power that they may or may not show off as often as perhaps I would have liked. The super powers are really just there for comedic purposes, and occasionally character development.

Being a seinen anime, there is a lot of focus on the characters. Some characters do get a lot of development, while others don’t. It’s not a particularly balanced mix, but everyone in the family gets an arc of their own at one point or another. A lot of the character development focuses on their reasons for becoming king or wanting to help another sibling become king. Some of the children actually want to become king for one reason or another, while others don’t have any ambition at all, and would prefer to assist a sibling of their liking to become king. Some of the reasons are silly, and some are more serious. Akane simply wants to abolish the security cameras so she can walk around in public without feeling embarrassed, while Kanade wants to right a past wrong that she can only fix by becoming king. On the other hand, there are the other siblings who want to help others. Aoi, the eldest child and technically the first in line for the throne traditionally, does not want it because of her hidden power. She prefers to help Akane and the youngest child, Shiori. You get the idea. It’s these dynamics that pit the siblings against one another in their campaigns, but at the end of the day, they are still siblings. 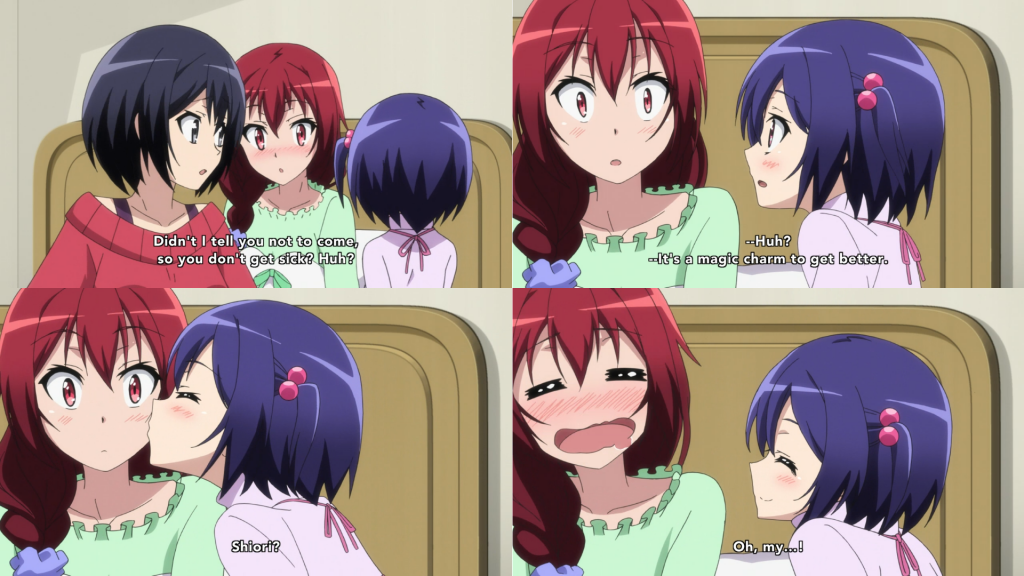 It’s a simple story with some fun characters that make it enjoyable.

I like the art of Joukamachi no Dandelion. It’s too bad I can’t always say the same for the animation. All you have to do is look at the OP and ED, and you can see that they were making animation shortcuts. There are a lot of still shots in the OP and ED. Once you get into the anime itself, it’s all right for the most part, but there are some parts where the animation just falls flat. There’s a concert scene around the halfway point in the anime that was just straight up messy. The camera angle switched every 3 seconds and all I saw of Hikari was her flailing her arms around the concert stage. I laughed; I couldn’t help it. It was certainly no Love Live concert scene.There were a couple of scenes were they stepped up the animation, but they were so few and far between that it doesn’t erase those scenes that are not animated right.

I’m guessing this is where this small studio put in most of the budget. Akane is voiced by none other than Kana Hanazawa, and just her alone must have cost them a lot. Other established voice actors were also brought in. Ai Kayano (Aoi), Ryouhei Kimura (Shu), Kaori Ishihara (Kanade), and Yui Ogura (Hikari), were the veterans alongside some of the lesser known voice actors who played other roles. These characters ended up getting most of the screen time, so it’s fair they brought in bigger stars to play the bigger roles. Speaking of Yui Ogura and Kaori Ishihara, since they were already part of the main cast, they are also the ones to perform the OP and ED. The two are a duo unit outside of anime, known simply as YuiKaori, and they perform the opening song, “Ring Ring Rainbow!!”. Yui Ogura does the ED, “Honey♥Come!!” by herself. Yui Ogura’s character, Hikari, is also an idol and as such, Yui Ogura does Joukamachi no Dandelion‘s insert songs as well. The songs in Joukamachi no Dandelion are upbeat pop songs that match the light-hearted nature of the anime itself.

Given how much fun I had watching Joukamachi no Dandelion, it’s a shame the anime didn’t really get a chance to be in the spotlight. There wasn’t a lot of hype for it, and it seems it kind of faded away. Those who did stick with it, like me, were rewarded with a very enjoyable anime about an eccentric royal family. The art is good, the voice actors help make this anime sound nice, and we got some catchy tunes thanks to the OP, ED and the insert songs. Sure, it’s no masterpiece, but it’s something that you can easily enjoy if you’re looking for something fun and simple.

+ A fun, quirky cast of characters

+/- As long as you’re into J-pop, you’ll probably like the songs here

– Not every character gets equal development

Did you enjoy Joukamachi no Dandelion if you watched it? Let me hear your “votes” in the comments!