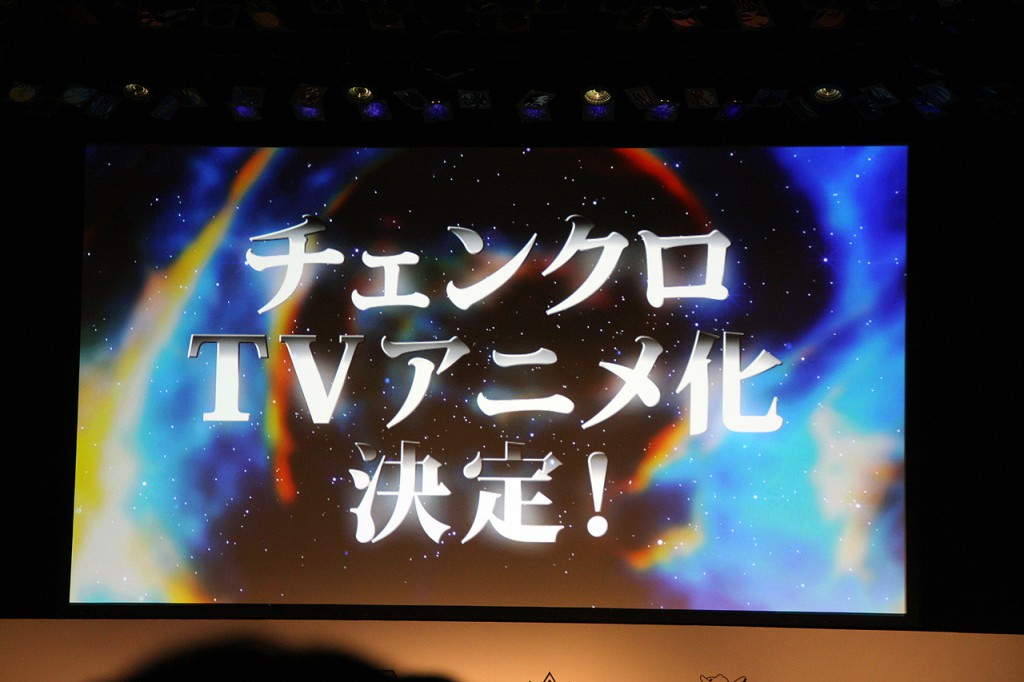 At the same event, it was announced that there will be a “large scale” collaboration with Chain Chronicle smartphone game, Chain Chronicle V PSVita role-playing games and Nakaba Suzuki’s manga Nanatsu no Taizai. 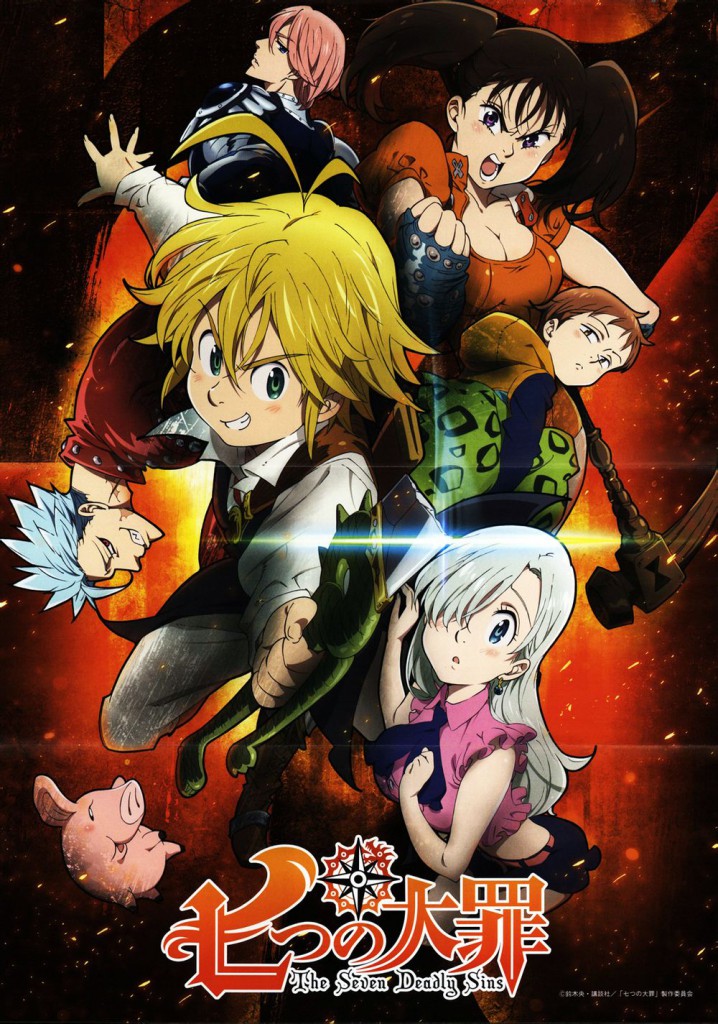 Today, there will be a “Chain Chronicle Cafe” at Tokyo Shibuya Marui-city where everything in the place will be themed based from the game, from drinks, food, interior design and even place mats. Also, when you order the original menu, you are able to participate in a lottery.

Tomorrow, December 18, there will be a casino event where they feature a “double reward opportunity.” A new character will also be revealed as a centerpiece award named Nicole, which is a four-star super rare witch character. 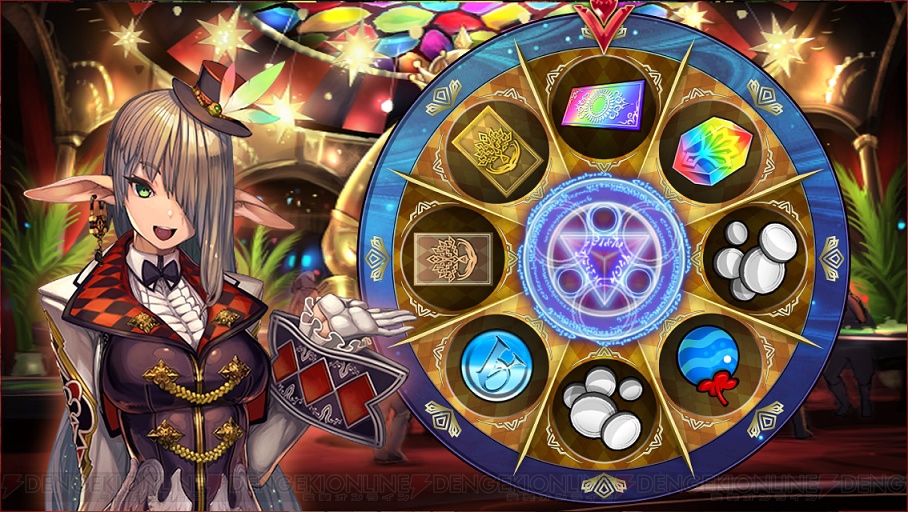 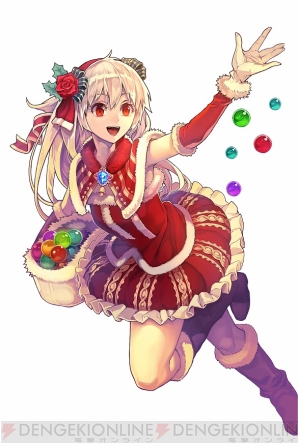 There will also be a Chain Chronicle x Pixiv Illustration Contest that will be during January 13 – February 12, 2015. It is the first illustration contest held by the game. The themes for the contest are “Fukuto’s Character,” “Nine Territories” and “Genie Invasion.” The prize money will be 2 million yen (about $17, 000 USD). More details will be announced soon. 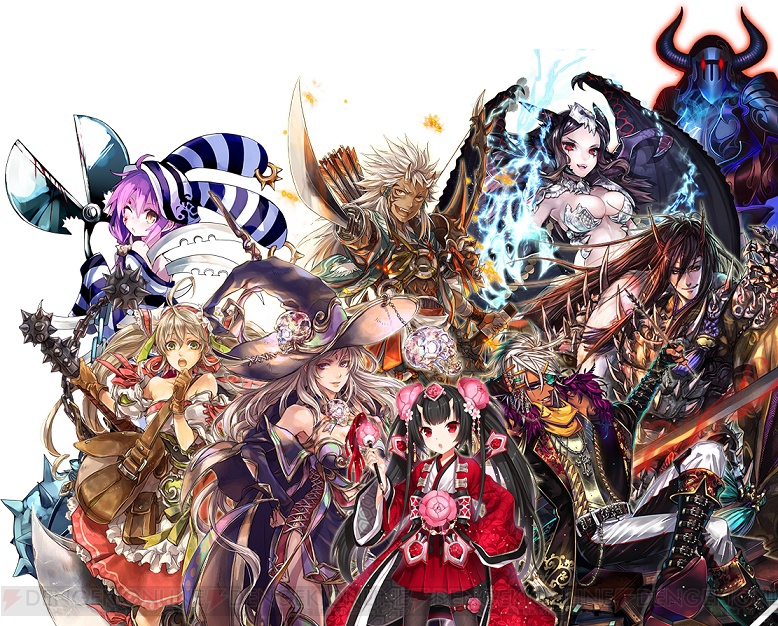 The game had already received five-minute anime shorts on September 6, 2014. Three episodes have been streamed this past September. It is planned to have eight episodes and all of these will be compiled in a DVD which will be released on December 18, 2014. The cast and staff for the short are listed as follows:

Advertisement for the OVA: 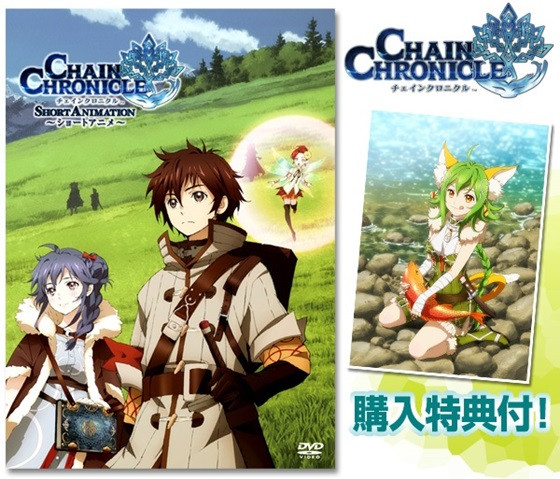 Opening for the Chain Chronicle Special:

Gather up your forces and repel the Black Army to keep them from destroying the world of Yggdra! As a captain of the “Volunteer Army,” you have to protect your kingdom and engage your enemies in incredibly deep real-time strategy role-playing style combat!

Recruit allies along the way, each with different skills and tales of their own to advance this epic story of good versus evil.