A new visual featuring Krulcifer Einfolk, Lisesharte Atismata and Philuffy Aingram from the upcoming anime adaptation of Senri Akatsuki and Ayumu Kasuga’s Saijaku Muhai no Bahamut (Undefeated Bahamut Chronicle) light novel series has been featured as a double page spread in the February 2016 issue of Dengeki G‘s Magazine. You can purchase this issue here (get 5% off with coupon code MOE-N3Y-4YW0QK). 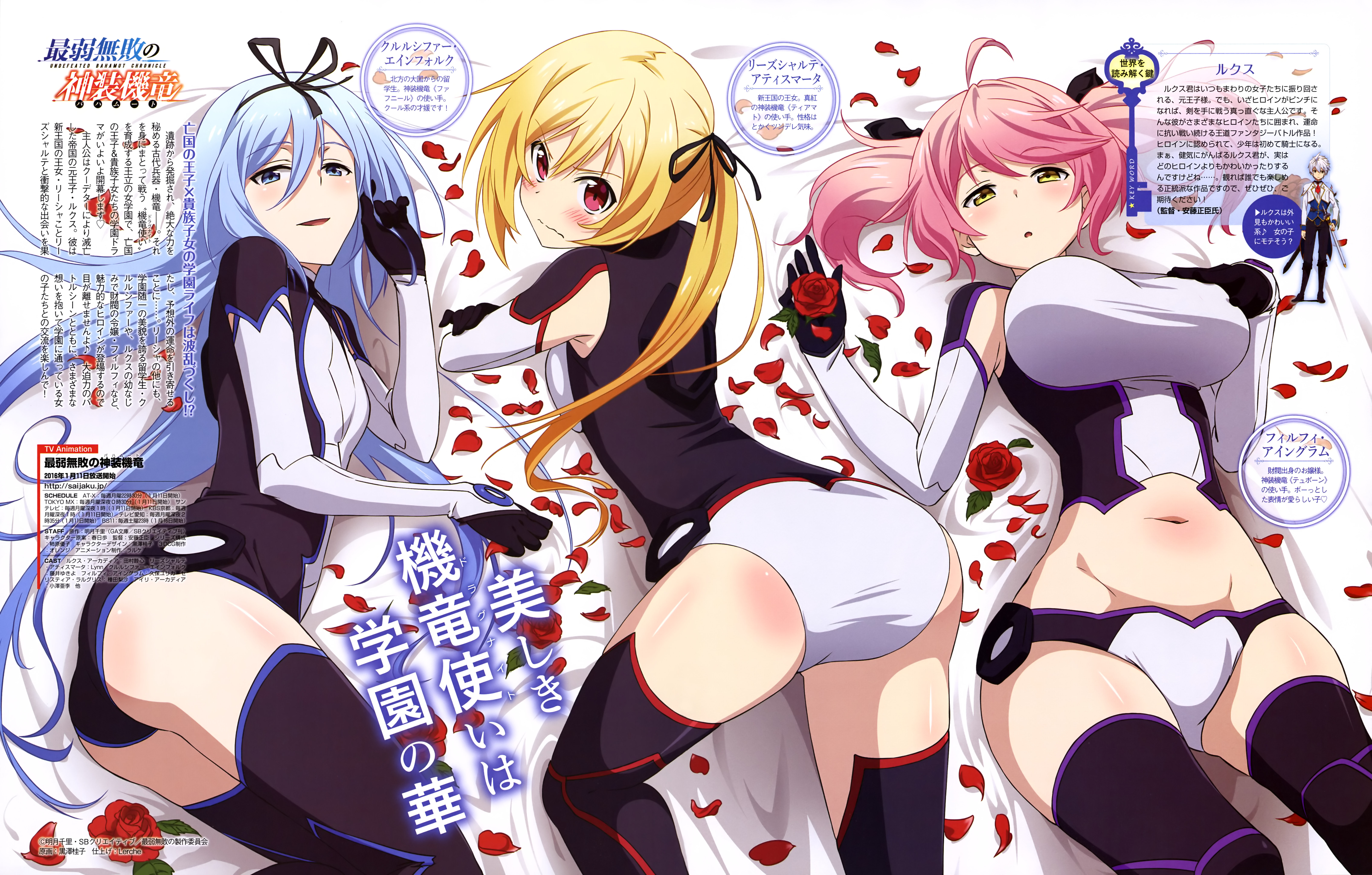 A poster of the series featuring Lisesharte Atismata and Krulcifer Einfolk from the upcoming anime adaptation of Senri Akatsuki and Ayumu Kasuga’s Saijaku Muhai no Bahamut (Undefeated Bahamut Chronicle) light novel series has been featured in the February 2016 issue of Megami. This issue can be purchased here (get 5% off with coupon code MOE-N3Y-4YW0QK).

In addition to this, the official website has revealed the second promotional video. The new minute long video sets up the background and atmosphere of the anime, as well as previewing the Opening theme song:  Hiryuu no Kishi by TRUE.

The website also recently revealed that the series will debut on January 11th next year.