A new visual for the girls from the upcoming anime adaptation of Souichirou Shinno and Shirabi’s Musaigen no Phantom World (Myriad Colors Phantom World) novel has been featured as a double page spread in the February 2016 issue of Dengeki G‘s Magazine. You can purchase this issue here (get 5% off with coupon code MOE-N3Y-4YW0QK). 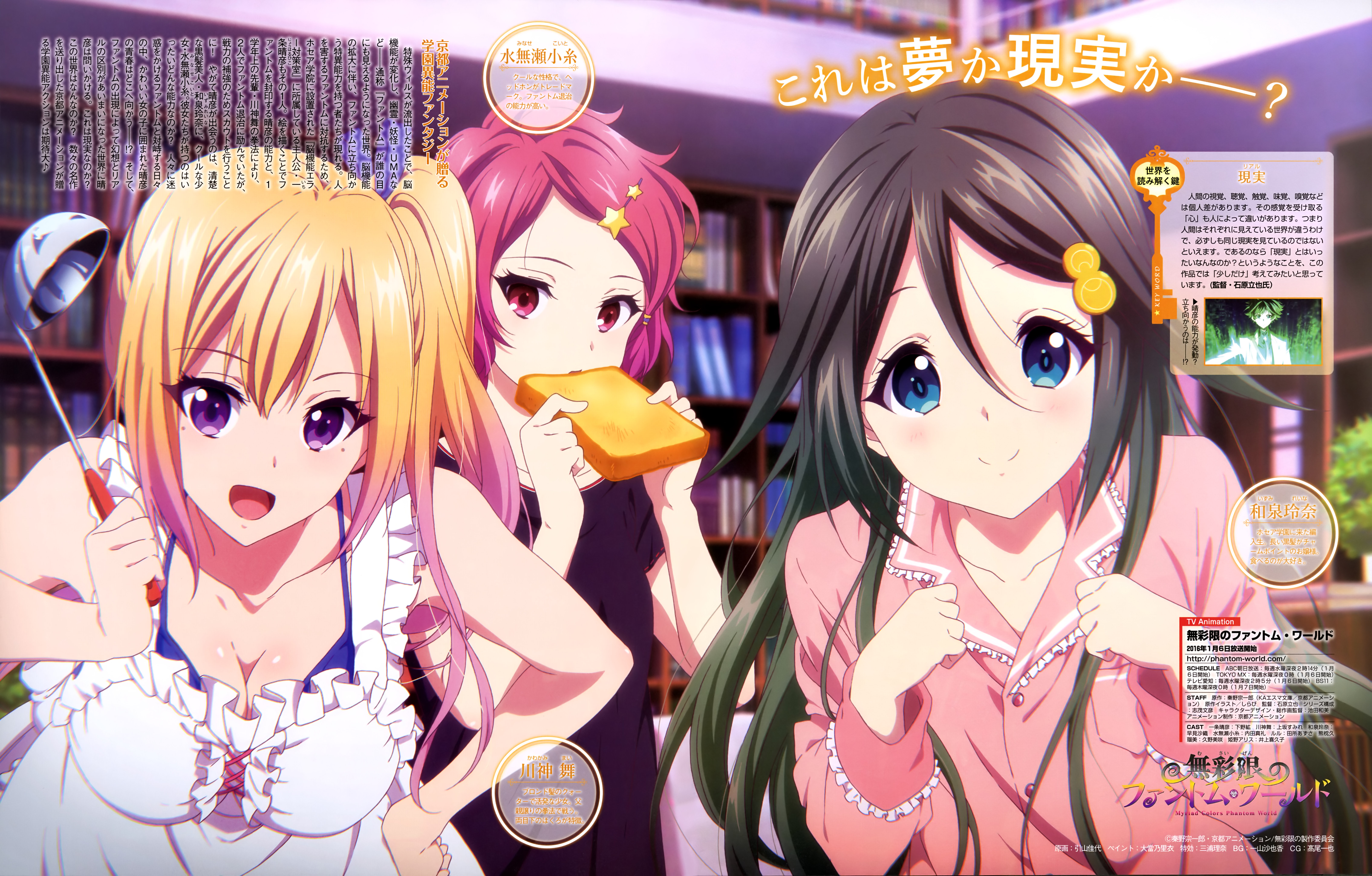