The official website for the Seiken Tsukai no World Break anime has released a new key visual for the upcoming Winter 2015 anime. The anime adaptation of Akamitsu Awamura’s light novel / manga series will be airing from January 2015 next year under the Winter 2015 anime season. In addition to this announcement, a short promotional video was uploaded and the cast and crew were announced.

The cast was also revealed and is as follows:

The staff was also revealed and is as follows: 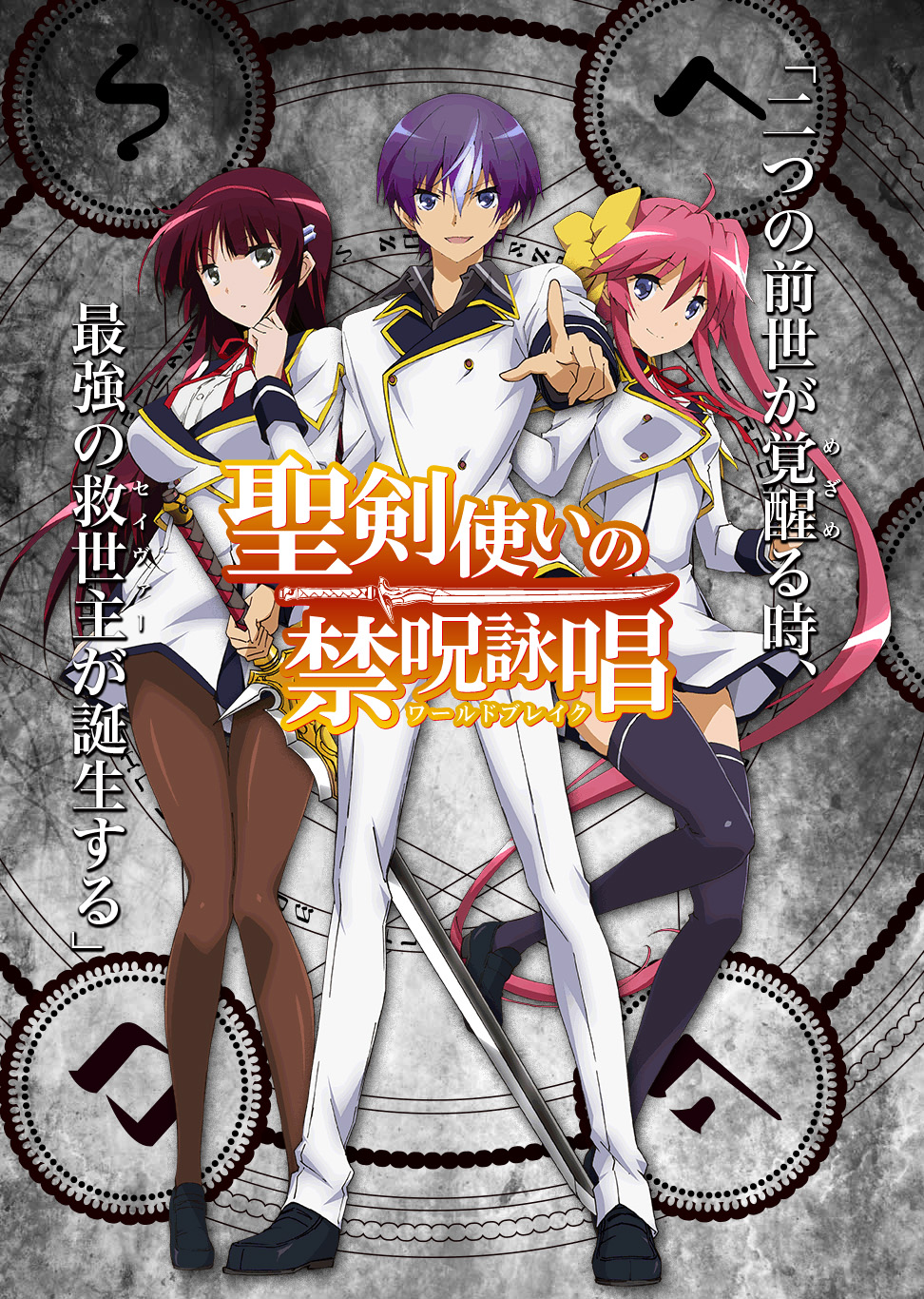 Seiken Tsukai no World Break is a Japanese light novel series written by Akamitsu Awamura and illustrated by Refeia. SB Creative has published six volumes since November 2012 under their GA Bunko imprint. An anime television series adaptation by Diomedea is scheduled to air from January 2015. A manga adaptation will be serialized in Kadokawa Shoten’s Comp Ace magazine.

Written by Akamitsu Awamura, the series takes place in a private high school involving the concept of “saviors.” They are known as people who possess awakened memories of their past lives. The story tells of a young boy named Moroha Haimura who comes to this private school.

At the school, there are two types of people: Saviors, who fight enemies with weapons and techniques gleaned from the Puraana powers from their own bodies, and Kuroma, who wipe out enemies with magic to manipulate the Maana powers that surpass physics. Moroha Haimura is the first person with past lives of both Shirogane and Kuroma.