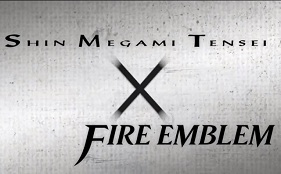 During the Nintendo Direct event today, Nintendo and Atlus finally revealed the trailer for their collaborative game, Shin Megami Tensei x Fire Emblem for the Wii U. Initially announced two years ago in a Nintendo Direct, nothing has been said about this game until now, aside from a quote from an Atlus spokersperson at E3 last year saying “we’re working on it”. Here’s the trailer for the game:

So what do you guys think of Shin Megami Tensei crossing over with Fire Emblem? Let me know in the comments!