Shinoa Hiiragi, Mikaela Hyakuya and Yuuichirou Hyakuya from the anime adaptation of Takaya Kagami’s dark fantasy manga Owari no Seraph (Seraph of the End) has been featured in the December 2015 issue of Animedia. This issue of Animedia can be purchased here and you can view the other posters that came in this issue here. 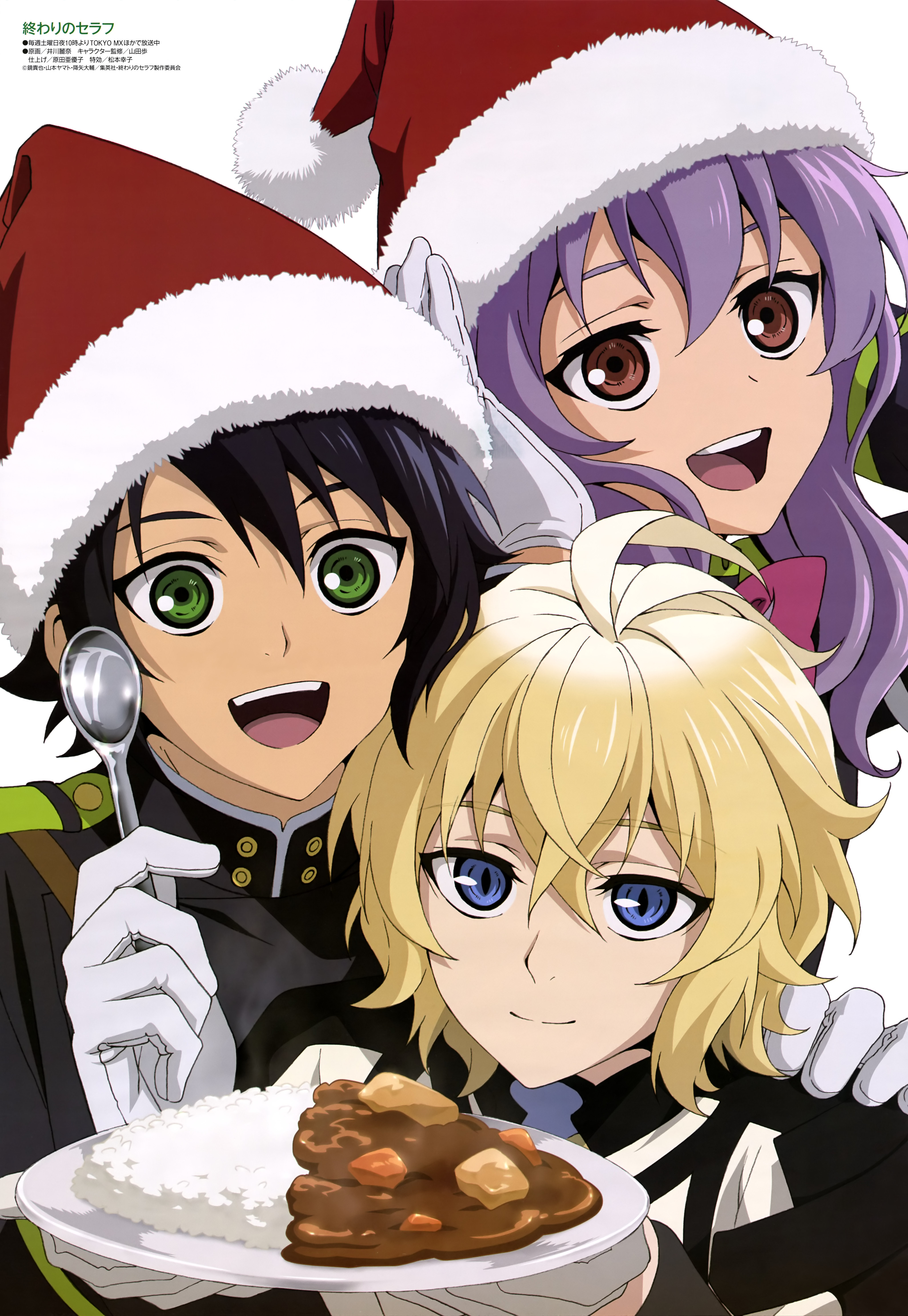