The official website for P.A. Works’ original anime Shirobako has been updated with a new visual to display all the awards the series has won. The series was a recipient of featured received 20th Animation Kobe Awards’ animation work prize, 2016 Tokyo Anime Festival’s TV animation addition prize, 2016 Sugui Japan’s anime recommendation (ranked at #2). 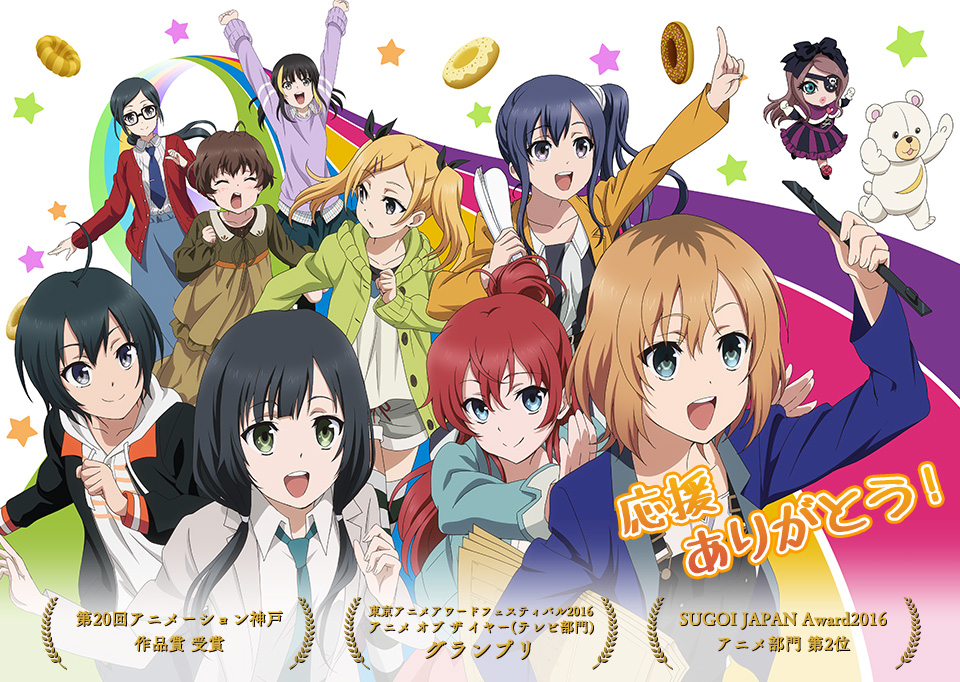