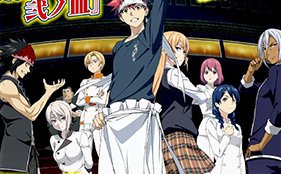 In addition to this, the official website recently unveiled a new visual for the second season.

The visual was first revealed in the latest issue of Shueisha’s Weekly Shonen Jump.