The official website of the anime adaptation of Yuuto Tsukuda and Shun Saeki’s Shokugeki no Souma (Food Wars: Shokugeki no Soma) manga has revealed that the upcoming second season will run for a total of 13 episodes. 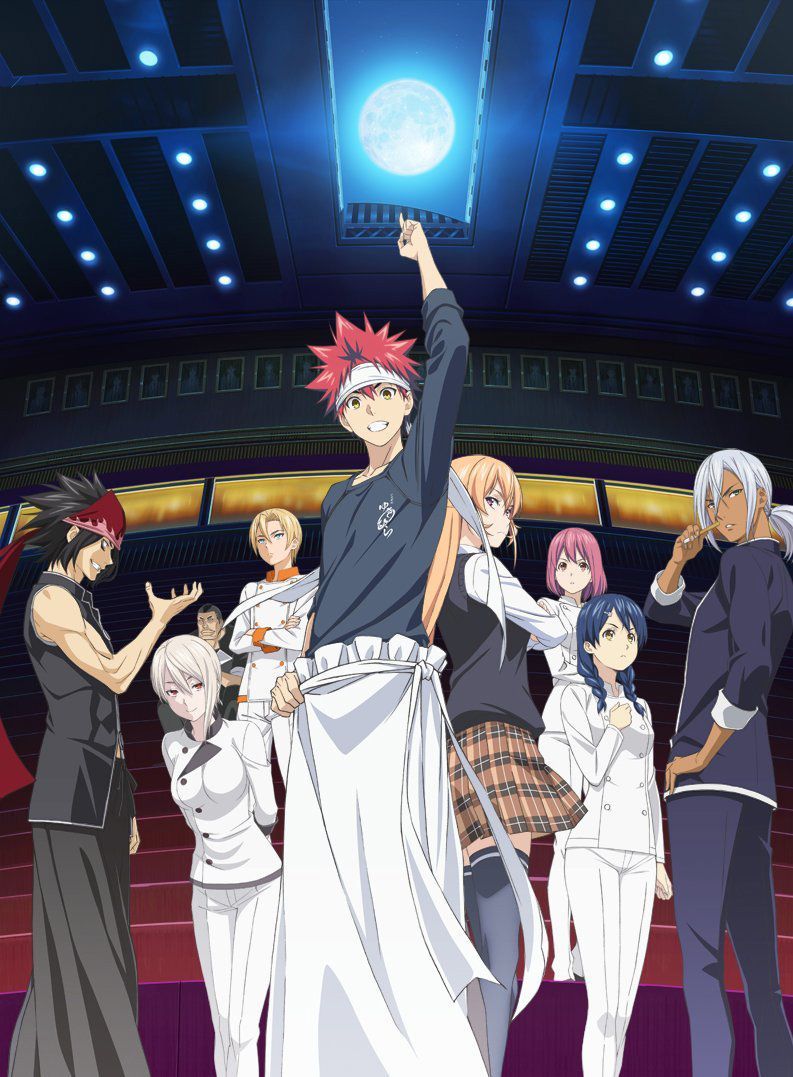 In addition to this, the second promotional video previews the opening theme song “Rough Diamonds” by SCREEN mode and the ending theme song “Snow Drop” by nano.RIPE.

The series will start its broadcast on July 2nd. Here’s the recent CM:

The first details about the Blu-ray and DVD home releases of the second season have been revealed. There will be 7 volumes with each volume containing 2 episodes each and the final episode only containing 1, making the second season a total of 13 episodes. The first 6 Blu-ray volumes will retail for ¥6,500 (~ US$63.50) without tax and the final volume will retail for ¥4,500 (~ US$44.00) without tax.

Here are the release dates for the volumes: