The official website of the anime adaptation of Yuuto Tsukuda and Shun Saeki’s Shokugeki no Souma (Food Wars: Shokugeki no Soma) manga has revealed a new visual for the upcoming second season which will start its broadcast on July 2nd. 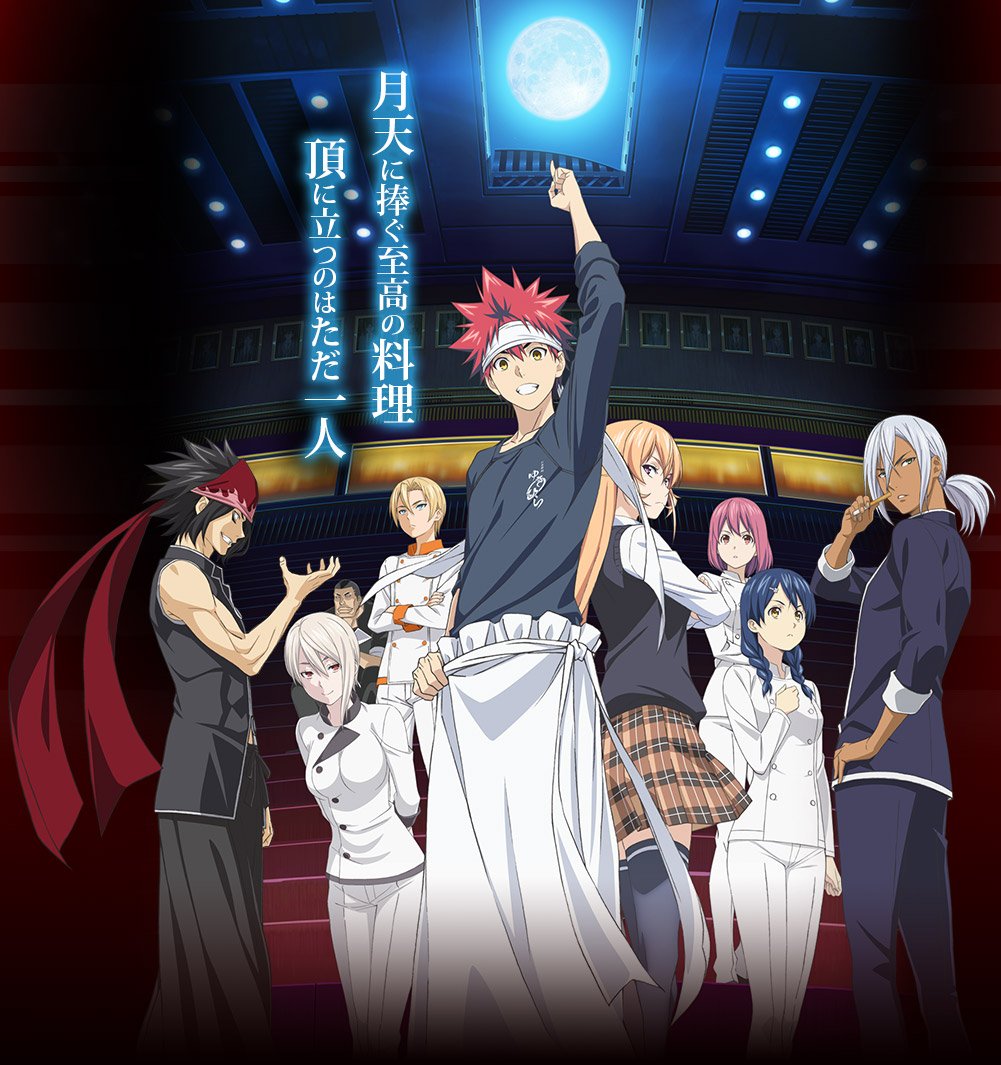 The visual was first revealed in the latest issue of Shueisha’s Weekly Shonen Jump.