The official website of the upcoming anime adaptation of Key and Visual Art’s Rewrite visual novel has announced that the TV anime will debut on July 2nd with an hour long special. In addition, a new key visual was also revealed. 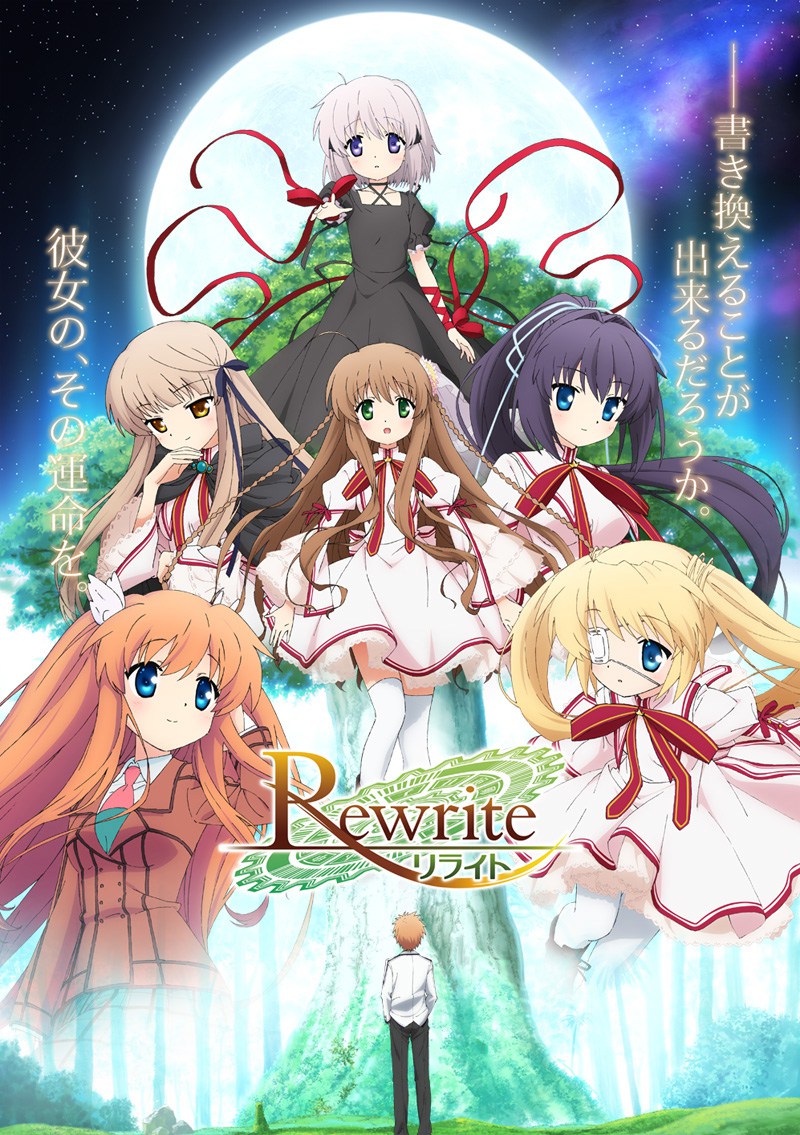 The first episode of the Rewrite anime will begin its broadcast on Saturday, July 2nd and will be 1 hour long. The hour long episode will air on Tokyo MX, Tochigi TV, GTV, MBS, and BS11. The time of the broadcast has yet to be revealed.

There will also be a pre-screening event for the first episode on June 25th in Tokyo, a week before the episode airs. It will be held at 2pm JST and will also feature a stage greeting with voice actor Masakazu Morita (Kotarou Tennouji), Series Composer Kai (ClannadScenario Writer, Kud Wafter Lead Designer), and Music Composer Shinji Orito (Clannad, Air).

The event will also be livestreamed on Niconico here: http://live.nicovideo.jp/gate/lv265251039

The anime’s official website has released the first set of character designs for the main cast:

Here’s the new promotional video which was also revealed: