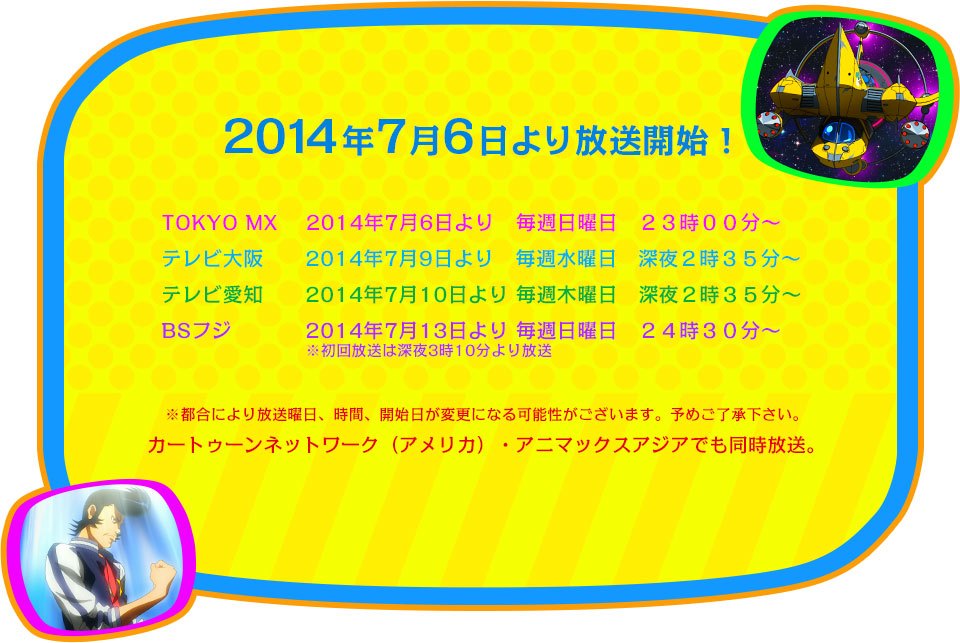 The website has also revealed that guest cast members will join the anime:

The creators contributing the second season are as follows: 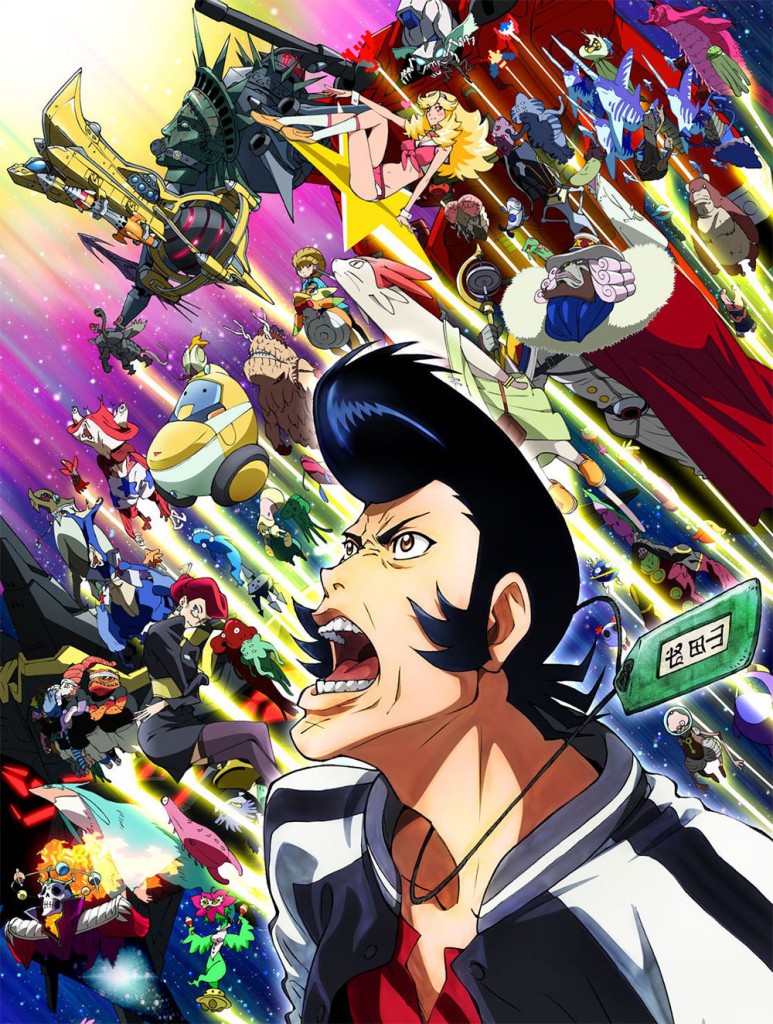 The second season/cour of Space Dandy will begin airing in Japan from July 6th, and in North America on Toonami from July 5th, during the Summer 2014 anime season.

Synopsis for the first season from Haruhichan.

Space Dandy is a dandy guy, in space! This dreamy adventurer with a to-die-for pompadour travels across the galaxy in search of aliens no one has ever laid eyes on. Each new species he discovers earns him a hefty reward, but this dandy has to be quick on his feet because it’s first come, first served! Accompanied by his sidekicks, a rundown robot named QT and Meow the cat-looking space alien, Dandy bravely explores unknown worlds inhabited by a variety of aliens. Join the best dressed alien hunter in all of space and time as he embarks on an adventure that ends at the edge of the universe!