To celebrate the 10th anniversary of Isuna Hasekura and Juu Ayakura’s Spice and Wolf (Ookami to Koushinryou) light novel series, Dengeki Bunko Magazine has revealed that a sequel by Hasekura will begin the magazine’s upcoming 49th issue which will go on sale on April 9th. Further details will be revealed on February 10th. 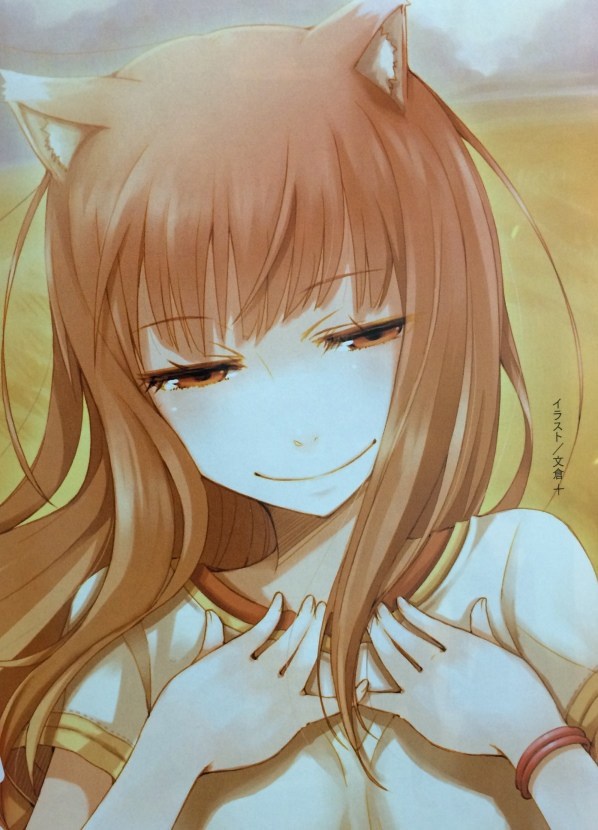 Spice and Wolf is a Japanese light novel series written by Isuna Hasekura, with illustrations by Juu Ayakura. ASCII Media Works published 17 novels between February 2006 and July 2011 under their Dengeki Bunko imprint. ASCII Media Works reported that as of October 2008, over 2.2 million copies of the first nine novels have been sold in Japan. The series has been called a “unique fantasy” by Mainichi Shimbun due to the plot focusing on economics, trade, and peddling rather than the typical staples of fantasy such as swords and magic. Yen Press licensed the light novels and is releasing them in English in North America.

A manga adaptation illustrated by Keito Koume began serialization in the November 2007 issue of ASCII Media Works’ seinen manga magazine Dengeki Maoh. The manga was licensed by Yen Press, which has begun releasing the volumes in English. A 12-episode anime adaptation aired between January and March 2008, plus a single original video animation (OVA) episode released in May 2008. A second OVA was released in April 2009 as a prequel to the second anime season Spice and Wolf II, which aired 12 episodes between July and September 2009. Both anime seasons were released in English by Kadokawa Pictures USA and Funimation. Two visual novels based on the series for the Nintendo DS were released by ASCII Media Works in June 2008 and September 2009.

Spice and Wolf synopsis from MAL:

Holo is a powerful wolf deity who is celebrated and revered in the small town of Pasloe for blessing the annual harvest. Yet as years go by and the villagers become more self-sufficient, Holo, who stylizes herself as the “Wise Wolf of Yoitsu,” has been reduced to a mere folk tale. When a traveling merchant named Kraft Lawrence stops at Pasloe, Holo offers to become his business partner if he eventually takes her to her northern home of Yoitsu. The savvy trader recognizes Holo’s unusual ability to evaluate a person’s character and accepts her proposition. Now in the possession of both sharp business skills and a charismatic negotiator, Lawrence inches closer to his goal of opening his own shop. However, as Lawrence travels the countryside with Holo in search of economic opportunities, he begins to realize that his aspirations are slowly morphing into something unexpected. 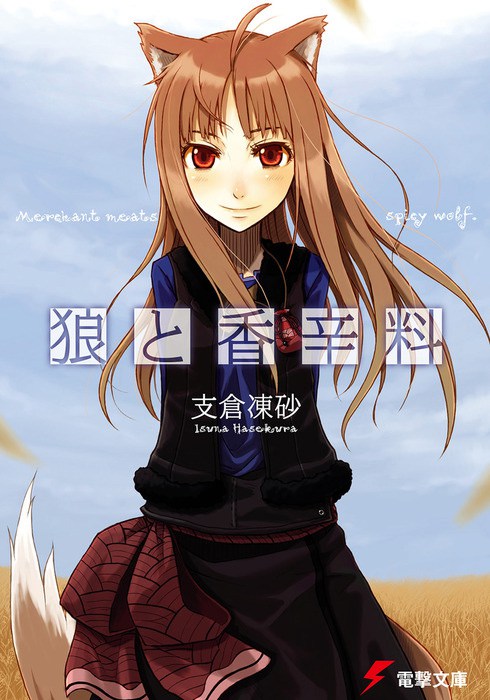 You can visit the anniversary website here on Feb 10: http://hasekuraisuna.jp/