At the recent Live5pb.2013 event at the Tokyo Dome City Hall this saturday, developer Nitro+ and publisher/developer 5pb. have announce a new game: Chaos;Child. Chaos;Child will be the fourth instalment in the series of science adventure games, following Chaos;Head, Steins;Gate and Robotics;Notes. The game has been announced to release some time in 2014 with no announced platforms.

5pb. has also release a pretty piece of promotional art for the game, which presumably features the main characters of the game. 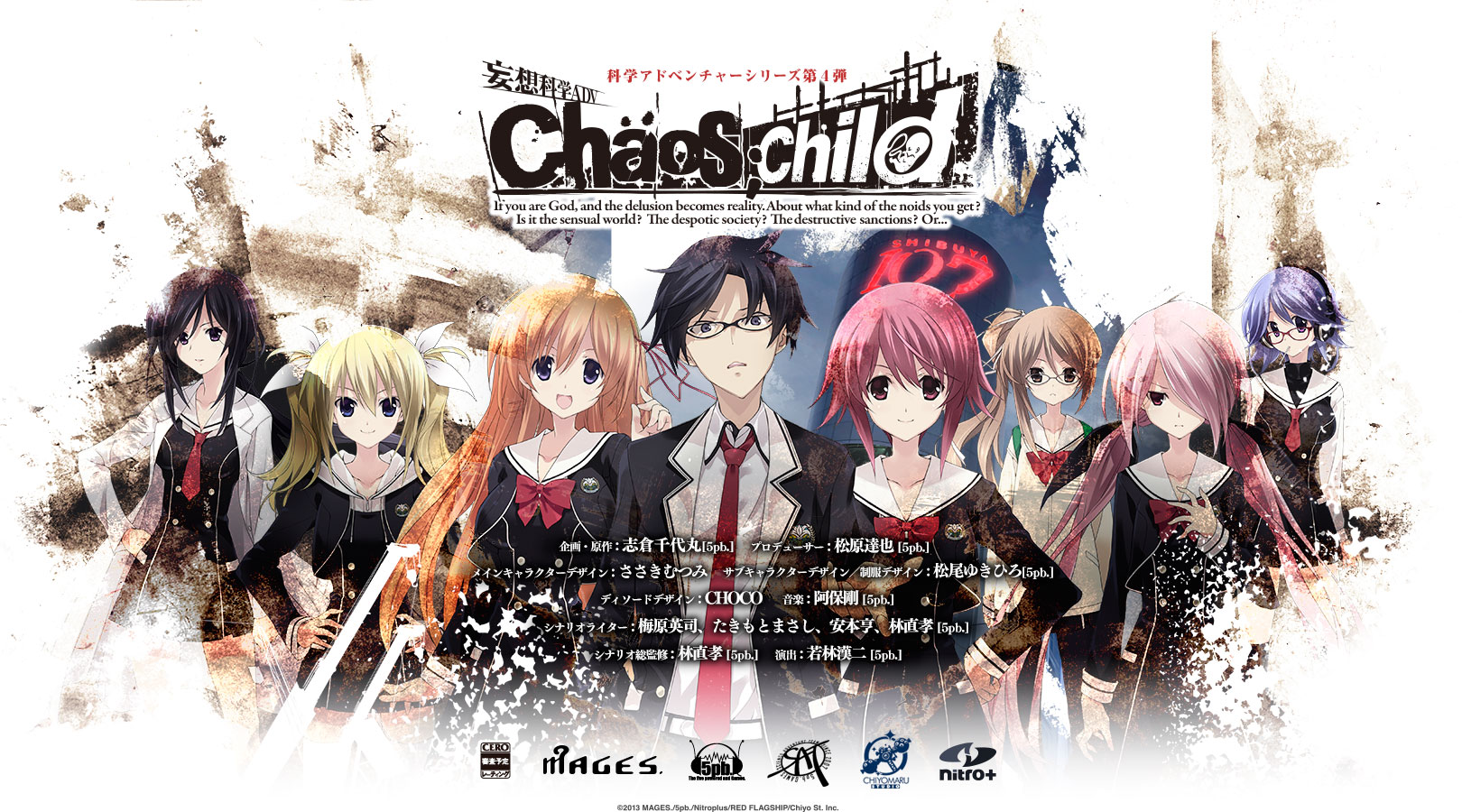 From the game’s subtitle, it reads:

If you are God, and the delusion becomes reality. About what kind of the noids you get? Is it the sensual World? The despotic society? The destructive sanctions? Or…

The text itself is rather ominous and carries little weight as of now. Another odd thing is that these “Power Seals” have been distributed to attendees of the Live5pb.2013 event. The seal itself has been noted to be an important item in the game. Further information on the “Power Seal” and its significance is expected to be announced in the near future.

Along with this new string of information, a promotion video was also released to showcase the game’s visuals, music and voices.You can check our some pictures of the event below:

The current production is composed of both 5pb. employees who have worked on previous 5pb. titles and newcomers to the series:

The promotional video of Chaos;Child has been leaked onto youtube:

The series of science adventure games is a collaboration between developers Nito+ and 5pb. The games play out similarly to modern visual novels but notably with the usage of the main character’s device casually known as a trigger. All games focus heavily on scientific methods and theories and are incorporated into the game. The first game in the series was Chaos;Head, which released in 2008 for the PC. The next game, Steins;Gate released in 2009 and finally followed by Robotics;Notes in 2012. All games have been released and re-released on multiple platforms. All three games also received numerous adaptations in manga, novels and anime. The most well received anime, Steins;Gate also received an original film set after the events of the anime.

Chaos;Child is expected to release in 2014 with the platforms being unannounced. In the mean time you can visit the game’s official website: http://chaoschild.jp/