The Dengeki website began streaming the promotional video for the upcoming Sword Art Online II‘s Calibur arc. The Calibur arc will start on October 18th and is based off of the 8th light novel and revolves around the story of the hunt for the legendary sword, Excalibur. The Sword Art Online II: Debriefing (Sword Art Online II episode 14.5) episode aired today and is a recap of the Phantom Bullet Arc before starting new arcs.

Kirito: During that, we saw the golden sword that shone in the highest grade.
Klein: All right! This is the last adventure of the year!
Kirito: All right, let’s do this! 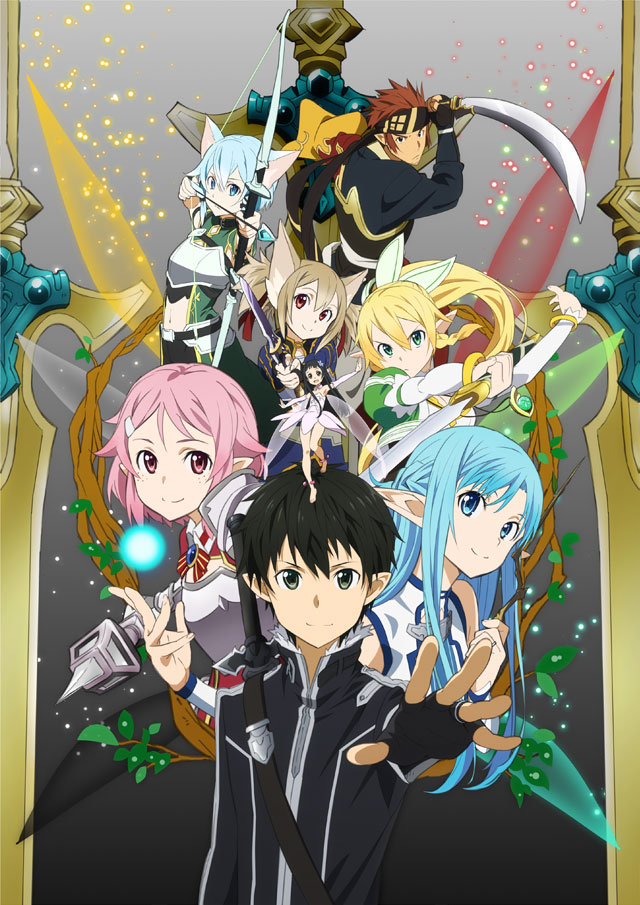