A new commercial titled “Terra Formars commercial version 1″ has been uploaded for the TV anime adaptation of Yu Sasuga and Kenichi Tachibana’s manga Terra Formars. The commercial is focused on the the main character Shokichi Komachi who is is Japanese, despite disliking conflict, has a strong sense of justice. When he was 15 years old, he saw Nanao’s stepfather abusing her and killed the man with his bare hands to protect her. After being released from juvenile prison, he underwent the B.U.G.S. procedure to follow after Nanao.

The anime will air on September 27 and air throughout the Fall/Autumn 2014 anime season.

In addition to the TV anime, two Terra Formars OVAs will also be coming out later this year. The Terra Formars OVAs will cover the first arc of the series, the Bugs 2 Arc, and will be bundled with the 10th and 11th volumes of the manga. They will be out in August and November respectively and will cost ¥1,980 (~ $19.80 USD). The televised anime itself will cover the Annex 1 Arc, which is set 20 years after the OVA.

The production crew of the anime is the same as the Terra Formars OVAs and consists of:

A teaser video for the anime released back in March: 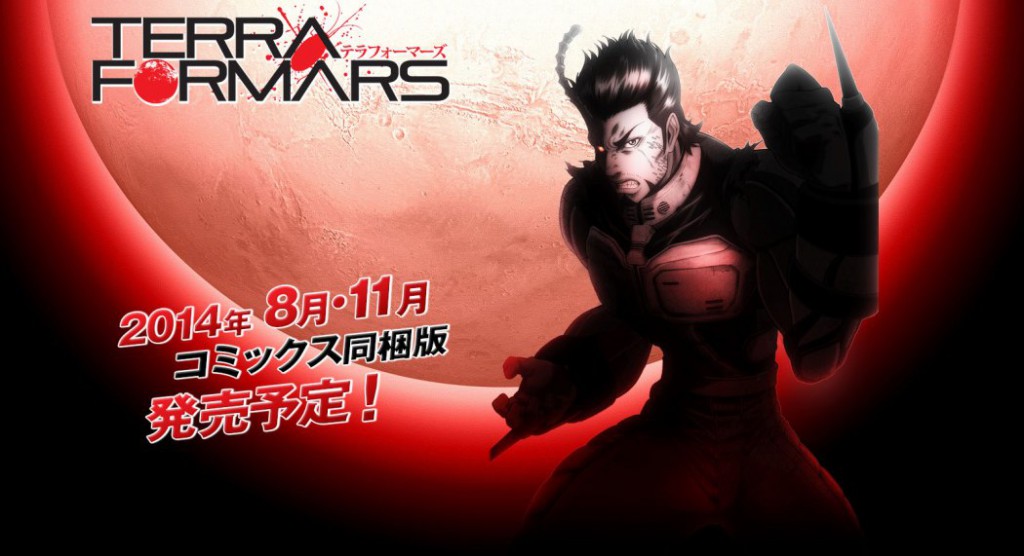