Home Anime The Elves from GATE Get Frisky in New Visual

Tuka Luna Marceau and Yao Ro Dushi from the upcoming second season TV anime adaptation of Yanai Tagami’s light novel series Gate: Jieitai Kanochi nite, Kaku Tatakaeri (Gate: The Self-Defense Forces Fight Like This in Another Land) has been featured as a poster in the February 2016 issue of Megami. This issue can be purchased here (get 5% off with coupon code MOE-N3Y-4YW0QK) and you can view the other posters that came in this issue here. 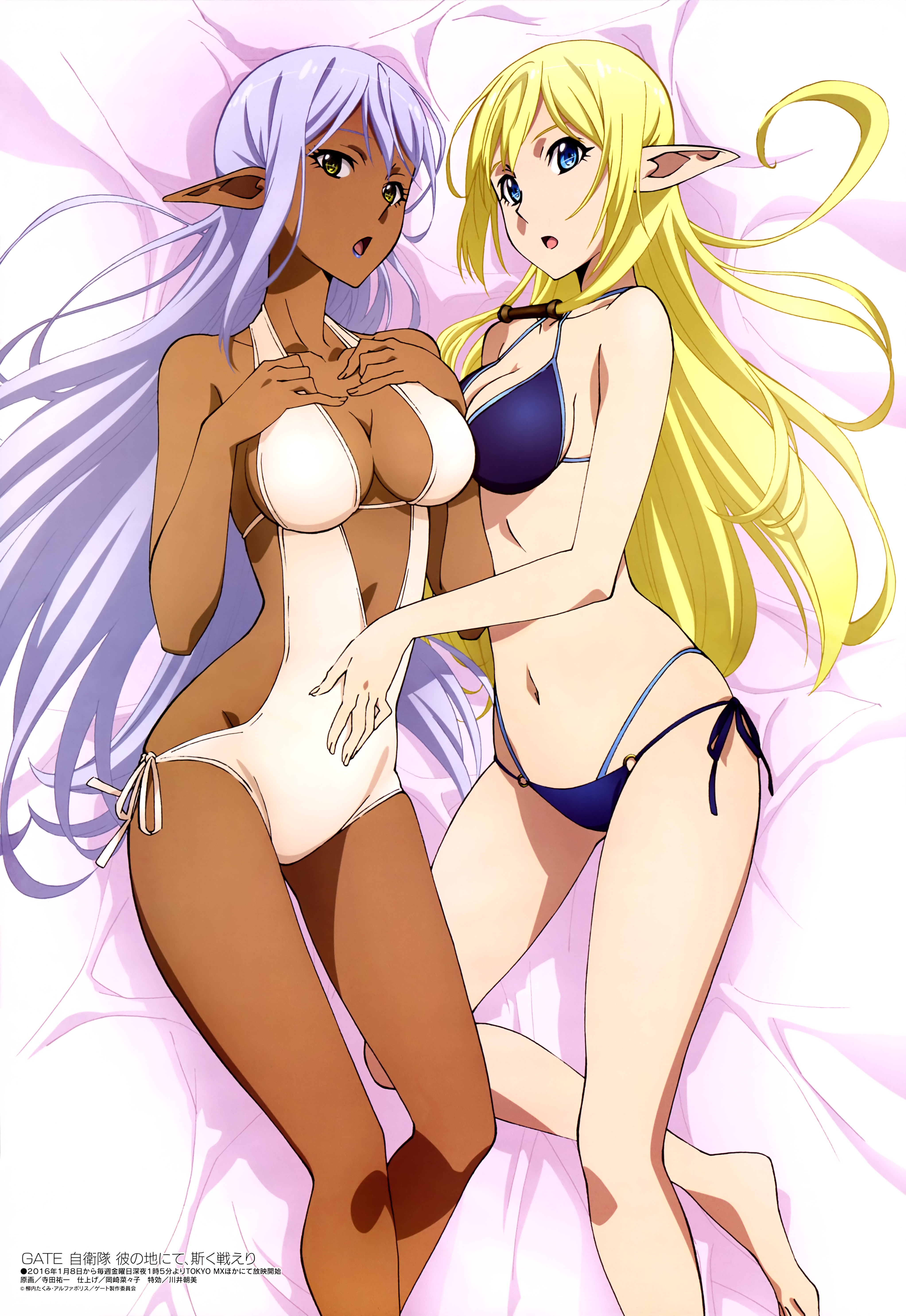 In addition to this, the first promotional video on Saturday was streamed. The new video also features the opening song “GATE II ~Sekai o Koete~” (GATE II ~Surpass the World~) by Kishida Kyoudan & The Akeboshi Rockets (Highschool of the Dead, Strike the Blood), who also performed the first season’s opening theme.

Here’s the previous commercial which was streamed earlier this month:

In addition to this, a new visual for the second season was recently revealed:

It was recently revealed that the theme song performers from the first season will return to perform the theme songs for the second season. Kishida Kyoudan & The Akeboshi Rockets (Highschool of the Dead, Strike the Blood) is performing the opening theme “GATE II ~Sekai o Koete~” and the three main female cast members – Nao Touyama (Lelei la Lelena), Hisako Kanemoto (Tuka Luna Marceau), and Risa Taneda (Rory Mercury), will perform the ending theme.