Home Anime The Girls from Oshiete! Galko-chan Get Comfortable in New Visual

The girls from the anime adaptation of Kenya Suzuki’s comedy manga Oshiete! Galko-chan have been featured as a double page spread in the March 2016 issue of Animedia. You can purchase this issue here (get 5% off with coupon code MOE-N3Y-4YW0QK). 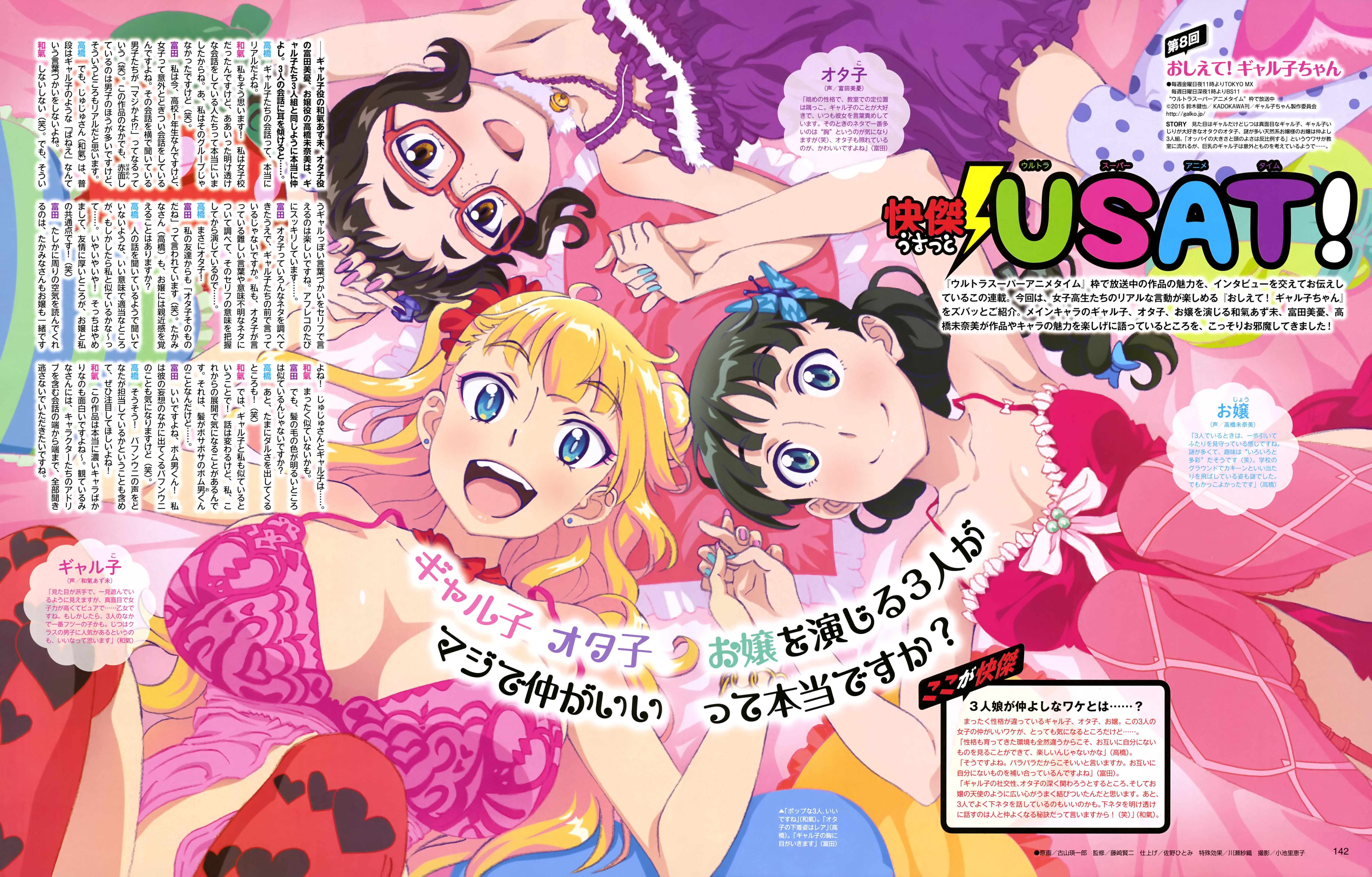 The main staff include: