The official site for the anime adaptation of Okayado’s Monster Musume (Everyday Life with Monster Girls) manga has revealed that the series will receive an OVA. The OVA will be bundled with the 11th manga volume, which will be shipped on November 12, 2016. It will be adapting chapter 17 from the 4th volume and will focus on a gym pool episode involving Miia, Cerea, Mero, Polt, and Kurusu. 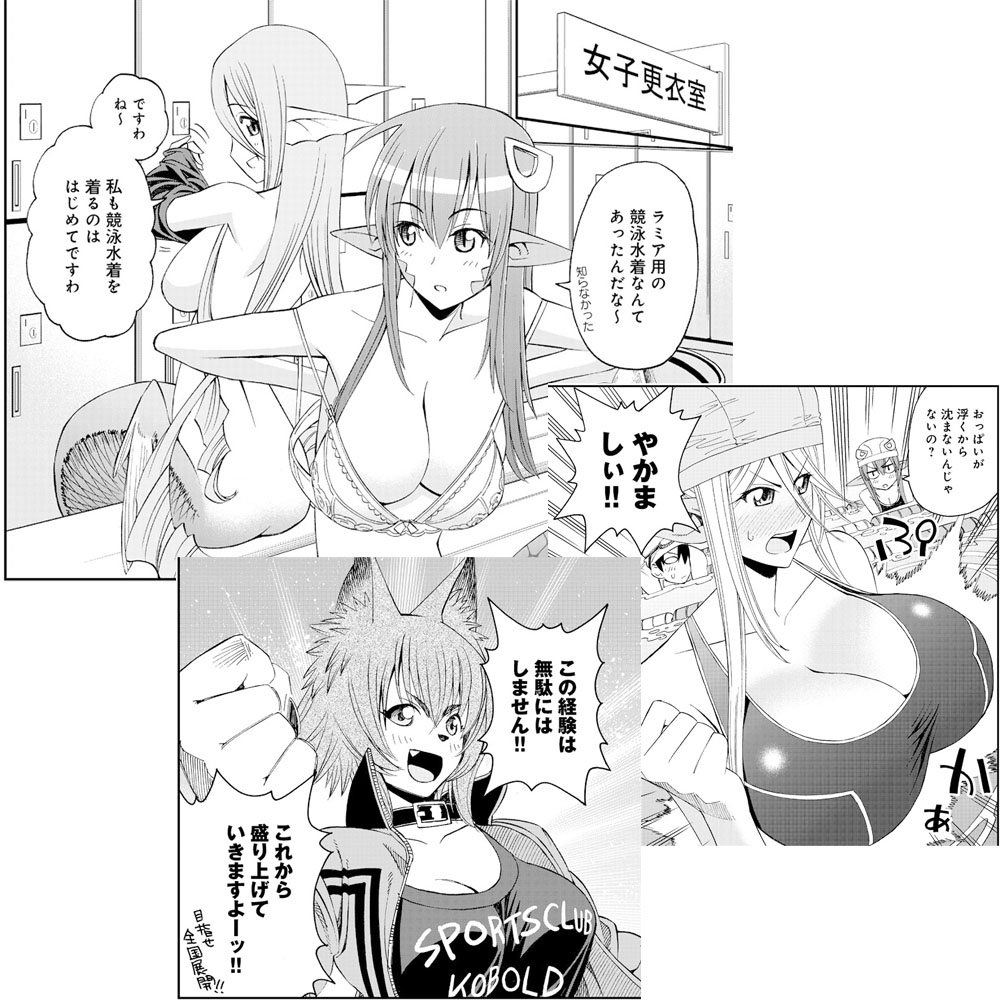 Director Tatsuya Yoshihara and writer Kazuyuki Fudeyasu will return for the OVA episode. Seva will return to animate the episode. 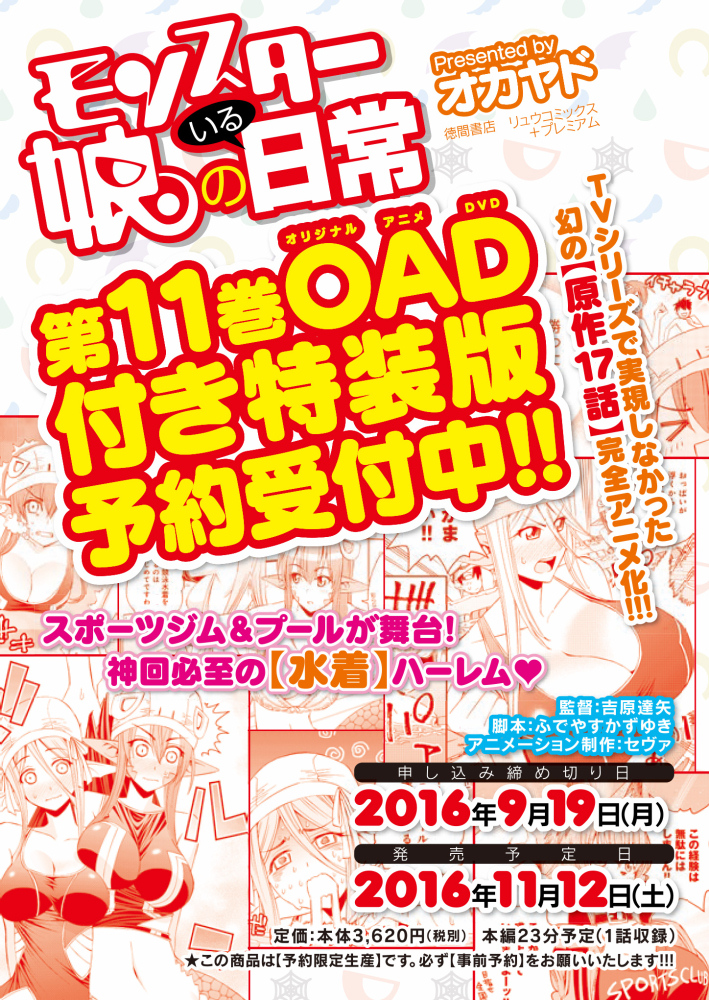