A new visual for the The Idolmaster Cinderella Girls series has been revealed in the September issue of NewType as a double page spread. You can purchase this NewType magazine issue here. 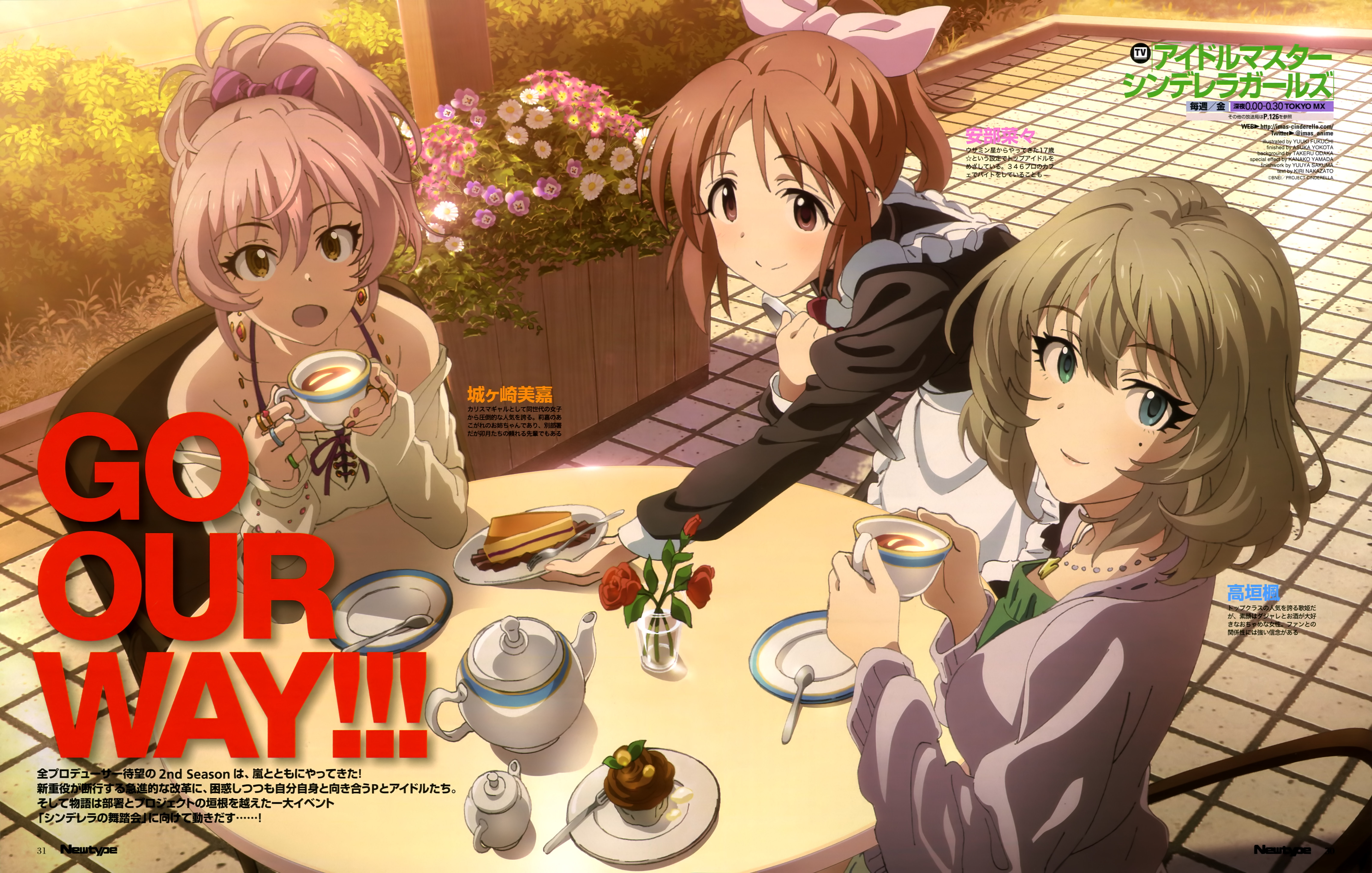 Key visual for the second season: