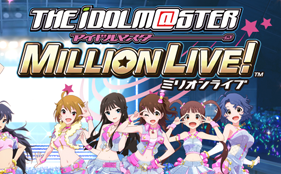 Unfortunately, this news also brings the sour update that Bandai Namco Entertainment will cease its service of the game’s feature phone version on February 2 at 2:59pm. Although the app will remain playable, updates and more content will no longer be added. Users of the game’s iOS and Android versions will be able to bring their account to the PC version.