Some new information has released for a new mysterious event surrounding The Melancholy of Haruhi Suzumiya. The new event involves the use of smartphones and traversing throughout Japan. 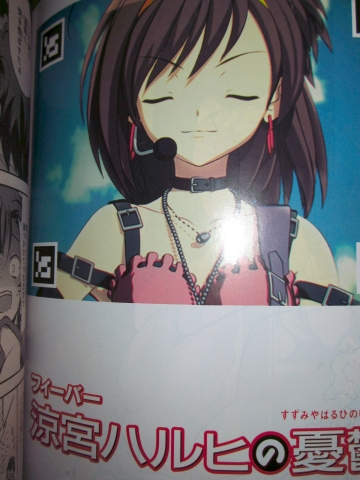 The mystery has 707 illustrations hidden throughout Japan where people must take images of these illustrations and upload them to a website. The website itself is titled the ‘Haruhi Hunting Website’. The website’s address was not provided. Once all 707 images are sent to the site, something will be revealed.

Additionally, the URL http://haruhi.com was recently updated on the 21st. The site is currently private and only people with the login and password can access the site. The site was recently registered by PARTY Inc.

There is nothing else known about this current mysterious event. There hasn’t been any sightings of any of the 707 illustrations so far. Once all the pieces have been collected, who knows what the prize will be. We will keep you noted on the event’s development.