Voice acting in Japan has a far greater prominence than voice acting in most other countries. Japan’s large animation industry produces 60% of the animated series in the world. Mainly because anime is such a deep and powerful industry and has an audience worldwide.

Here are 10 voice actors who will change the way you viewed your favorite characters and maybe even love them more? 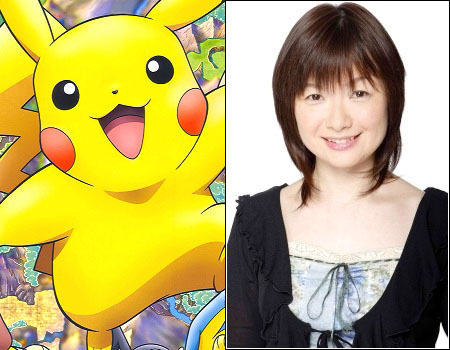 I’m sure everyone knows who Pikachu is, even your mother. Or does she still call him the ‘yellow rat’? Pikachu is voiced by Ootani, Ikue aged 48 who is also the voice behind Chopper from One Piece.

Below is a video of her in action, beware of ‘HNNNGGG’ worthy heart attacks from the cuteness. 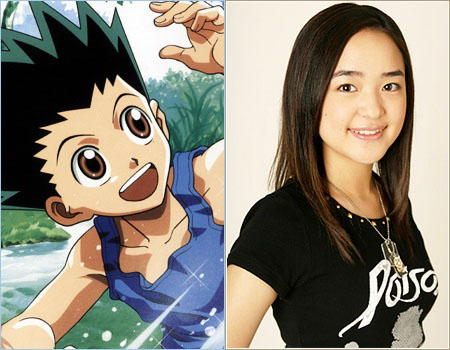 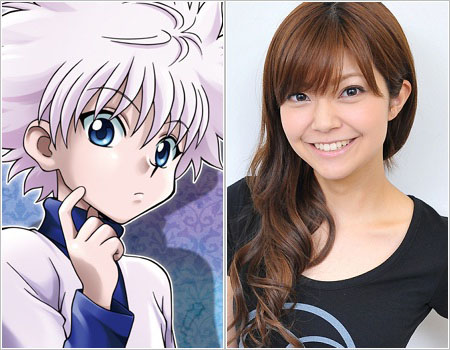 Who would have thought that these young, strong, motivated and powerful voice actors are behind the most loved hunters?

and then we have Killua’s assassin mode which will literally make you need to go to the toilet.

Who would have thought the two young and very talented voice actors would be behind the two most youngest and loved hunters in Hunter x Hunter?

Below is a video of them in action. 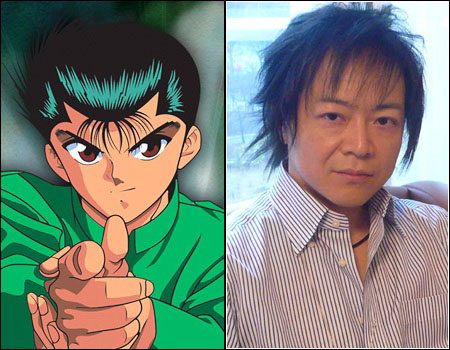 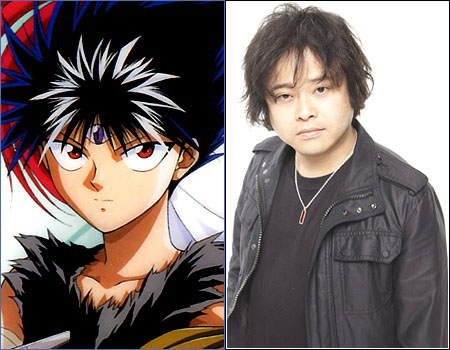 I’m quite amazed by these two, they look exactly like the characters they voice. Sasaki, Nozomu aged 47 (He was about 25 years old when doing this role), the voice behind Yusuke Urameshi the main character from Yu Yu Hakusho. He is also well known for voice acting roles such as Tetsuo “Number 41” Shima (Akira), Mihael “Mello” Keehl (Death Note), Hayate Gekkou (Naruto Shippuuden), Jin Akutsu (Prince of Tennis) and many other known characters.

Hiyama, Nobuyuki aged 46 (He was about 24 years old when doing this role), the voice behind Hiei, another main character from the series. He has also voiced other main/well known characters such as Atlas (Astro boy 2003), Ikkaku Madarame (Bleach), Uzu Sanageyama (Kill la Kill), Shiro Amada (Mobile Suit Gundam) and many other known characters. 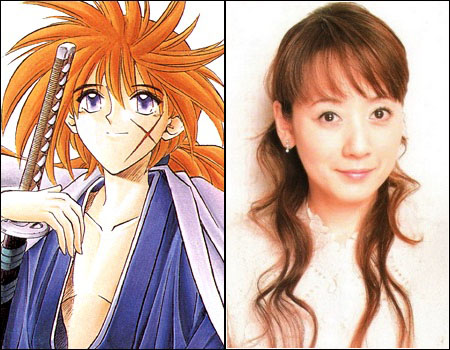 Suzukaze, Mayo currently aged 53 was the voice actor behind Kenshin Himura the peaceful warrior. Just like Kenshin, she looks very sweet and caring. She hasn’t done much voice acting for anime series (The only other roles she has played are Joe Carol Brane (Black Jack the movie), Starred as a guest in Jungle Taitei: Susume Leo! and Marie-Charlotte (Le Chevalier D’Eon)) but she has done a brilliant job and will forever be known as a the voice actor of the peaceful warrior, Kenshin Himura.

Just watching her in action brings chills to my spine. How can someone so cute be deadly at the same time? 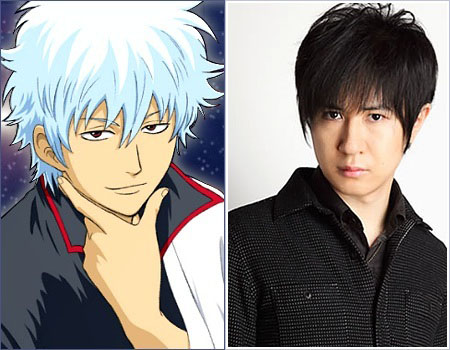 How can someone so handsome voice Gintoki, the samurai who lives in an era where samurai are no longer needed and works as a Yorozuya (Odd Jobs, jack-of-all-trades) for a living?

Here are some snippets from his best works which appeared in the DN Awards 2010/11 Best Seiyuu 2010 Nominee.

Sugita, Tomokazu currently aged 33 and voices the main character from Gintama, Gintoki Sakata. He also voices Leukocyte King and Cello from Gintama. If you don’t know what I’m on about and you’re a fan of comedy, I highly recommend you to check out the series. 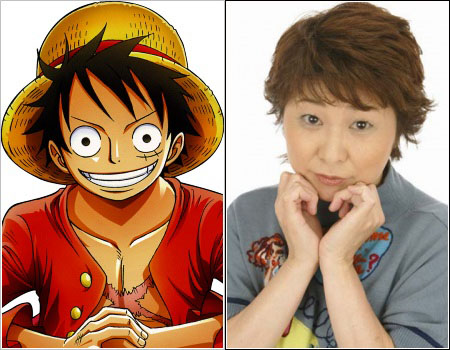 Aged 55, this wo(man) is very keen on becoming the pirate king! Her name is Tanaka, Mayumi and she voices the one and only Monkey D. Luffy. One Piece has been airing since 1999 and is one of the ‘big 3’ in airing anime series and on-going manga, has the fact that a sweet middle aged woman is voicing Luffy changed your thoughts? I hope not.

Who would have thought such a lovely person would voice a dumb yet incredibly strong pirate? 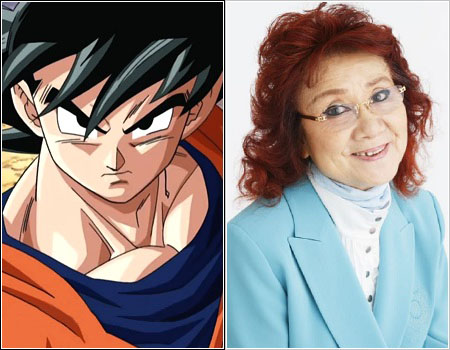 This sweet lady looks like the typical grandmother who would make you a fresh batch of her homemade cookies when you visit her, but you’re wrong. She’s the voice actor of Goku, the member of the race of extraterrestrials known as the Saiyans.

Nozawa, Masako, Currently aged 77 year old and still voice acting, they do say saiyans never give up. Look at Goku, did he ever give up? 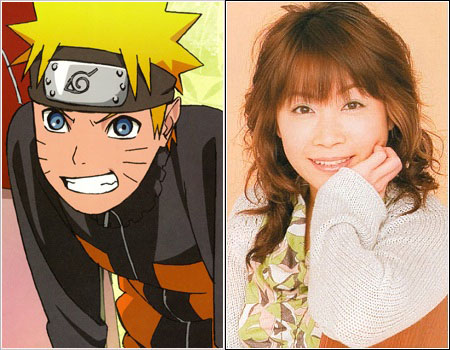 Can you picture Takeuchi, Junko aged 42, taking over the ninja world? Well Naruto Uzumaki from Konohagakure, a ninja village hidden in the leaves thinks he can (Becoming Hokage that is!).

Just watch this video below, Seeing the voice actor behind Naruto Uzumaki is quite shocking. Then again it explains why his voice just sticks and you’re able to instantly associate the other roles she does with Naruto.

Has this post changed your thoughts on certain characters? or made you feel different? Let us know in the comments below!