Various girls from the anime adaptation of Takafumi Nanatsuki and Gekka Uruu’s Ore ga Ojou-sama Gakkou ni “Shomin Sample” Toshite Gets♥Sareta Ken have been featured in a frisky poster in the January 2016 issue of Megami. This issue of Megami magazine here and you can view the other posters that come in this issue here. 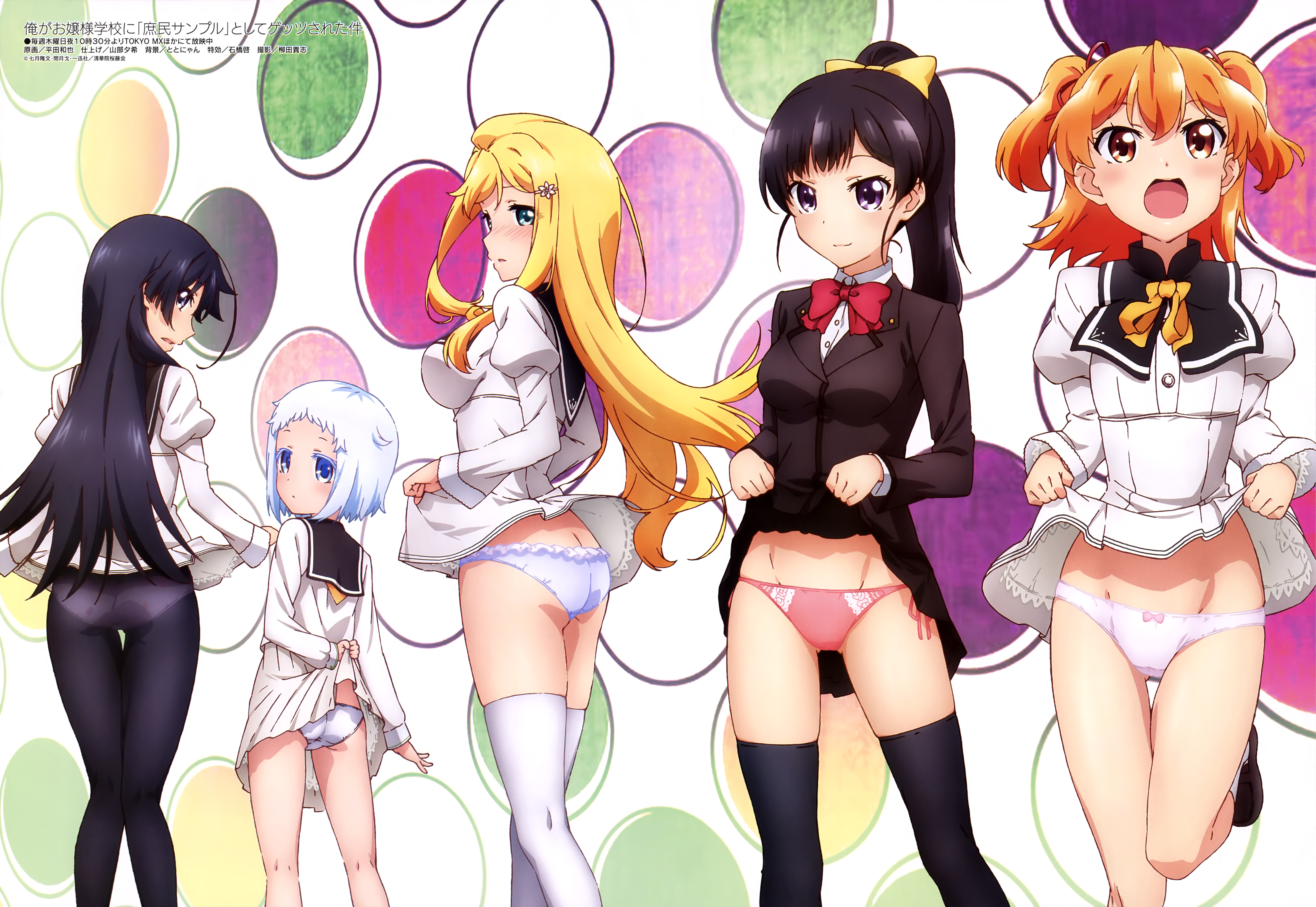 In related news, Miyuki Kujou and Reiko Arisugawa have also been featured as a poster visual but this time in the December 2015 issue of Megami. You can purchase this issue of Megami magazine here and view the other posters that came in this issue here.

Here’s the recent promotional video of the series:

The main anime cast consists of: