As we are nearing the show’s airing debut, Tokyo Ghoul has released some tasty preview images for its first episode. The series’ first episode looks as if it is going to start off with a short romance halted by a brutal end.

The protagonist for Tokyo Ghoul (Kaneki Ken) looks like the typical loser-type trying to lead a highschool life talking to his friend, until he meets up with his crush, the glasses wearing beauty, Kamishiro Rize who’s not all she seems to be. The couple are enjoying the night until Rize, using his crush on her as leverage, managed to lure him into an alley and tries to feed on him. All we can tell happens after then is that Ken barely survives and seems to be on a hospital bed, having some of Rize’s body parts transplanted into him to keep him alive. Leaving him with some horrible side effects, thus begins Tokyo Ghoul.

Tokyo Ghoul is set to air on July 4, during the Summer 2014 anime season. 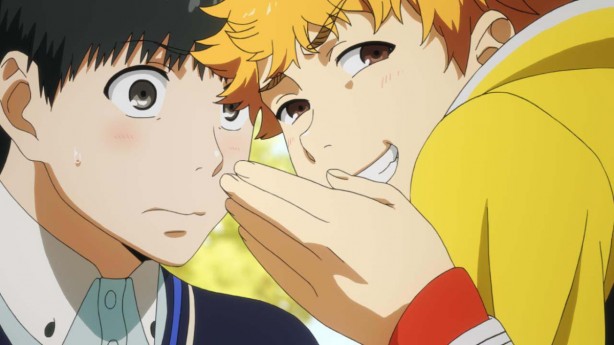 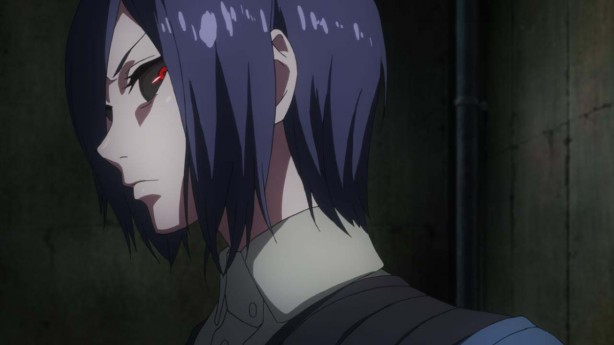 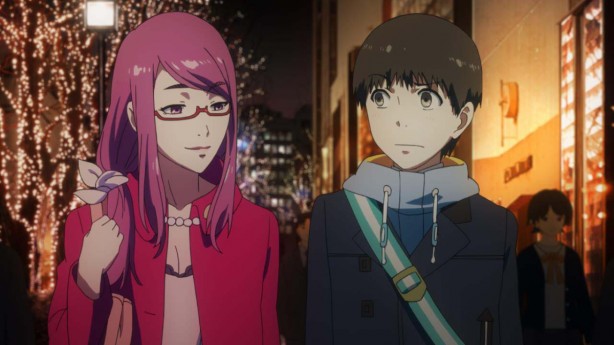 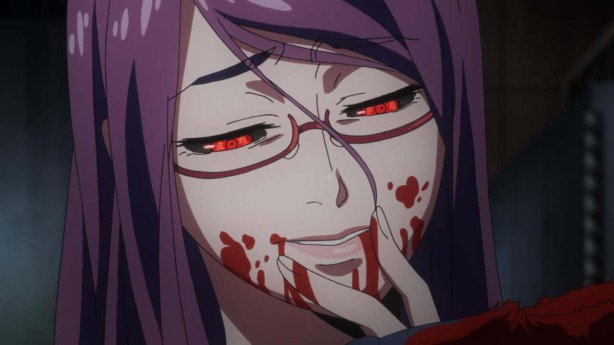 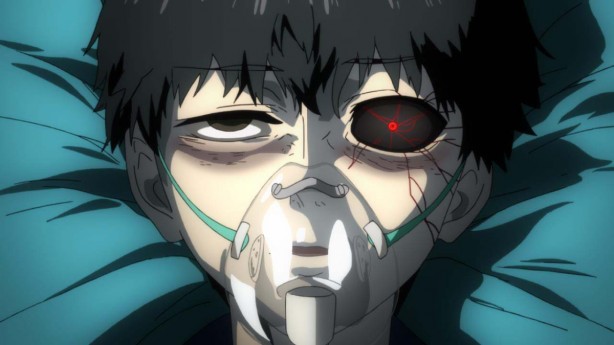