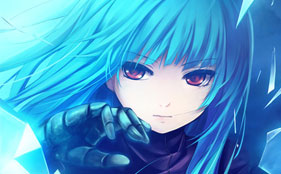 100 people from the streets of Akihabara have been interviewed by DDNavi about who their favorite blue hair anime characters are. DDNavi have done other rankings for characters with green hair and characters with pink hair.

So who are the top female anime characters with the beautiful blue hair? 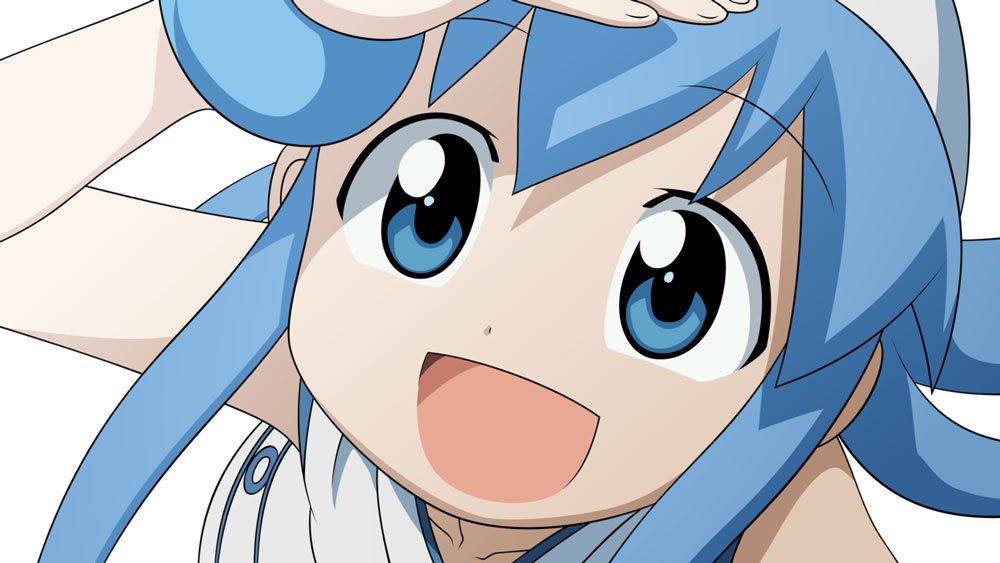 A squid girl who claims to be “A Messenger of the Sea”. Frustrated about her ocean being polluted by human beings, she planned to conquer the world to exact revenge on humanity. However, she soon realizes that she doesn’t stand a chance against anyone, as she is clueless about the surface and is alone in her conquest. As a result of breaking a side of a beach house’s wall during her invasion, she is forced to work there and learns more about humans and their ways.

She is known to be very stubborn, insists that eventually she’ll be able to conquer humanity, has a fear of sharks and whales, loves shrimp, can spew out ink at will, and can use her blue hair as tentacles. 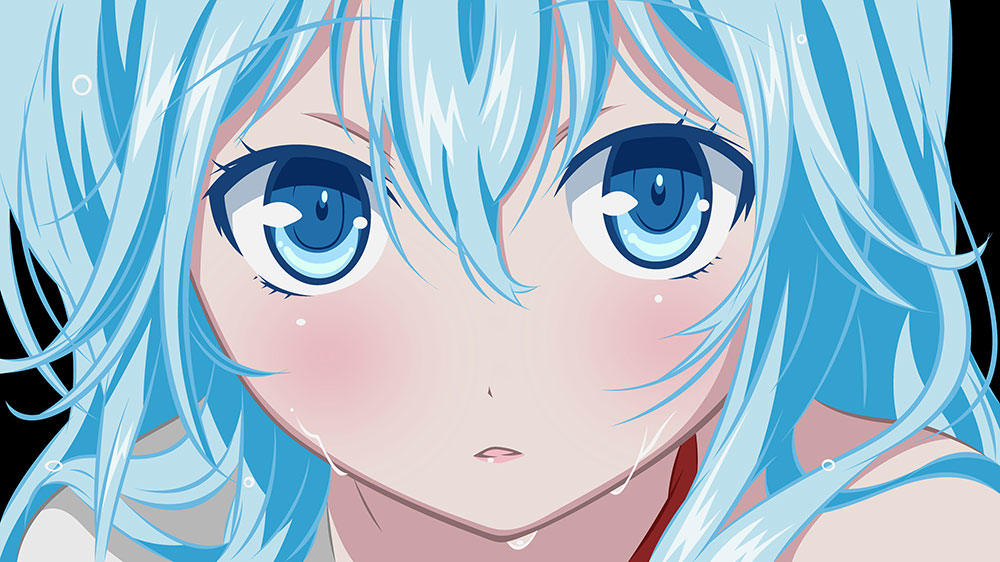 Erio is Makoto’s first cousin. One day, she mysteriously disappeared for six months, with no memory of what happened during that time. At the same time, she began having an extreme fascination with aliens, believing herself to be an alien investigator monitoring humans. Following an incident where she broke her leg whilst trying to fly on her bike, she constantly wraps herself inside a futon. 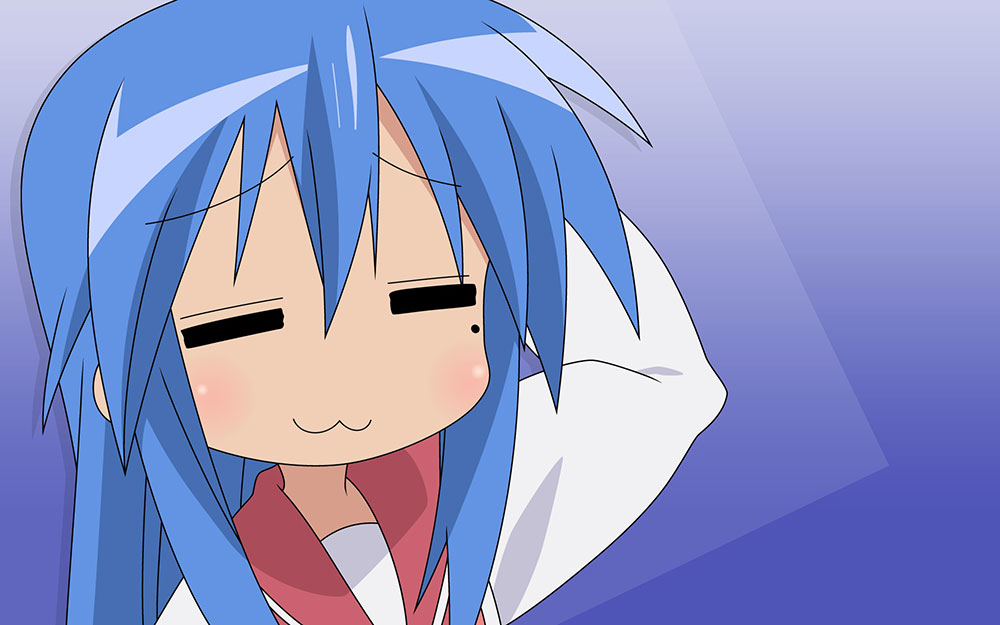 Konata Izumi is, more by default than anything else, the “leader” of the main characters. Nicknamed “Kona-chan” by her friends, she is an eccentric but friendly and outgoing girl, with a mischeivous but good-natured sense of humor. She can be smart, but she hates studying, thus her grades are a bit uneasy. In contrast to her studying habits, she loves video games, to the extent that she can compete against Kagami Hiiragi on trivia games (by remembering the question orders, not by knowing the actual answers). In addition, she loves anime, which is also due to her father, Soujirou Izumi’s influence, along with the games. He buys ero-games for himself, so she is able to play and enjoy them. In fact, when she became eighteen, Konata was overjoyed, since she could now go buy and play ero-games legally. 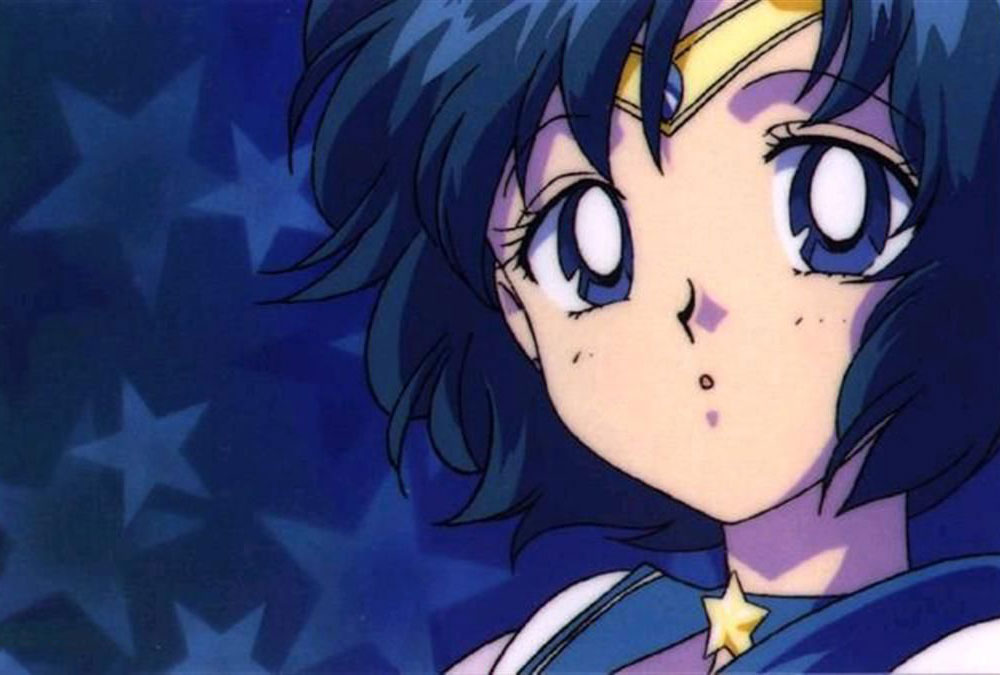 A quiet bookworm in Usagi’s class, called Amy in the English adaptations of the series. She is hugely intelligent, with an IQ of 300, and can transform into Sailor Mercury, acquiring power over water. Ami’s shy exterior masks a passion for knowledge and for taking care of the people around her. She hopes to be a doctor one day, like her mother, and tends to be the practical one in the group. Secretly, she is also a fan of pop culture and romance novels, and becomes embarrassed whenever this is pointed out.

3. Nymph from Sora no Otoshimono 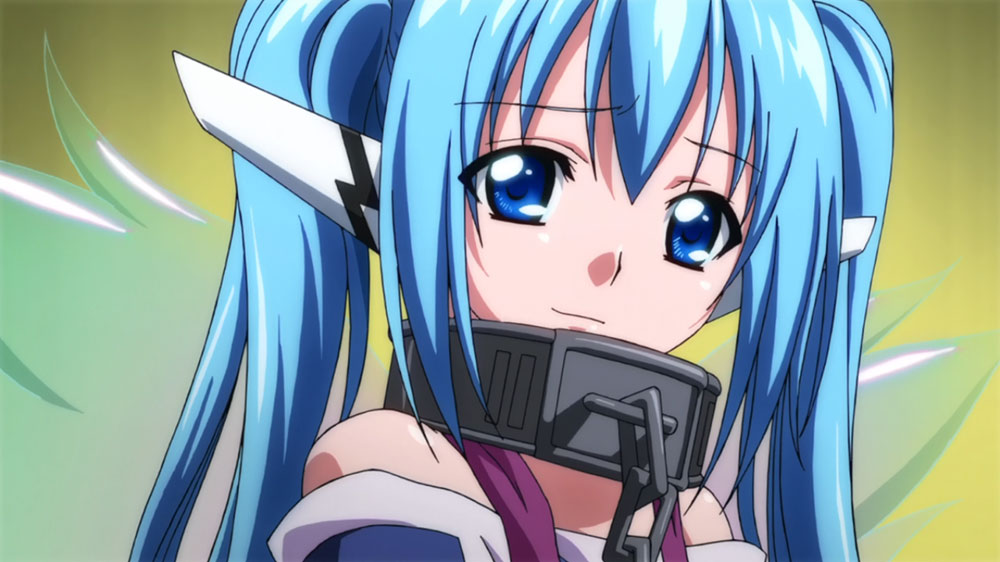 The second mysterious angel that descends from the sky who possesses transparent wings shining in seven different colors. She has a selfish personality, and at times, she has a tsundere nature. 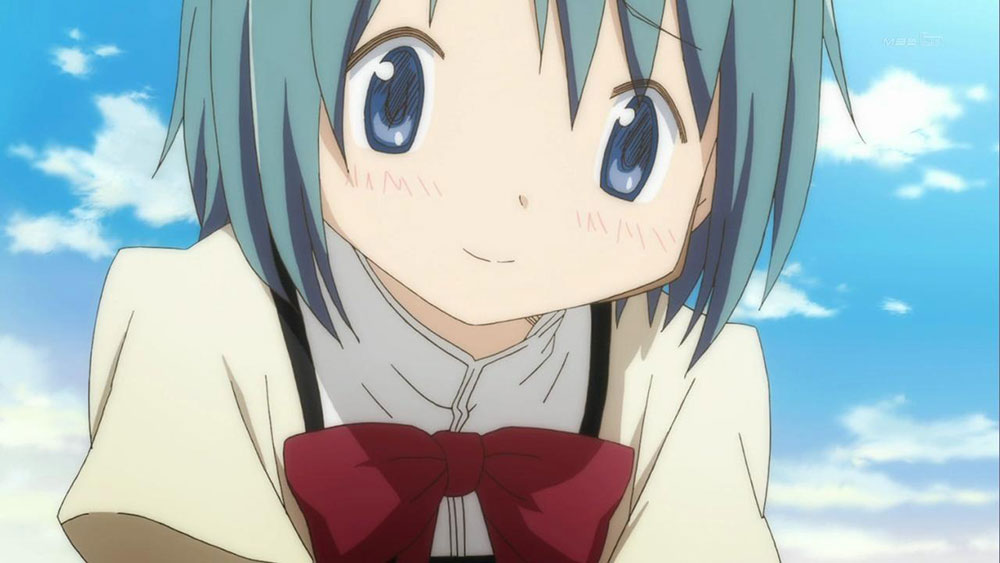 Madoka’s classmate who, after helping Madoka rescue Kyubey, ends up getting an offer to become a Puella Magi herself. She cares deeply for her friends, and wants to help an ill boy named Kyousuke Kamijou, whom she has a crush on. Before becoming a Puella Magi, Sayaka wields a baseball bat that Mami can enhance with magic to defend herself with while on witch hunts. 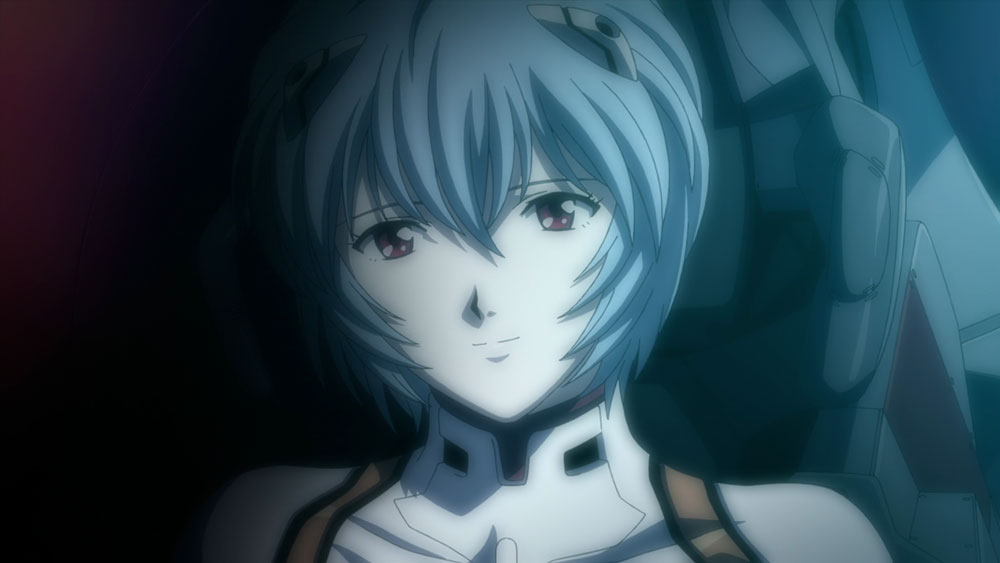 Rei Ayanami is the First Child, and the pilot of Evangelion Unit 00. She is shown to be socially withdrawn and hardly interacts with anyone. Rei’s cool, silent and emotionally-stunted personality has garnered the scorn of her schoolmates; Asuka calls her a “doll” or “puppet”.

Although she once only associated with Gendo, she and Shinji break the ice after the battle against Ramiel, and grow progressively closer for a while. In the manga version, Rei grows a lot closer to Shinji than in the anime.

Who is on your top blue haired girl?