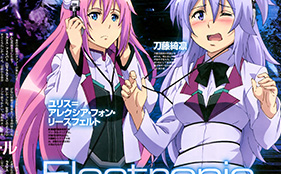 Julis-Alexia van Riessfeld and Kirin Toudou from the anime adaptation of Yuu Miyazaki and Okiura’s Gakusen Toshi Asterisk light novel series has been featured in the January 2016 issue of NewType as a double page spread. This issue can be purchased here (get 5% off with coupon code MOE-N3Y-4YW0QK). 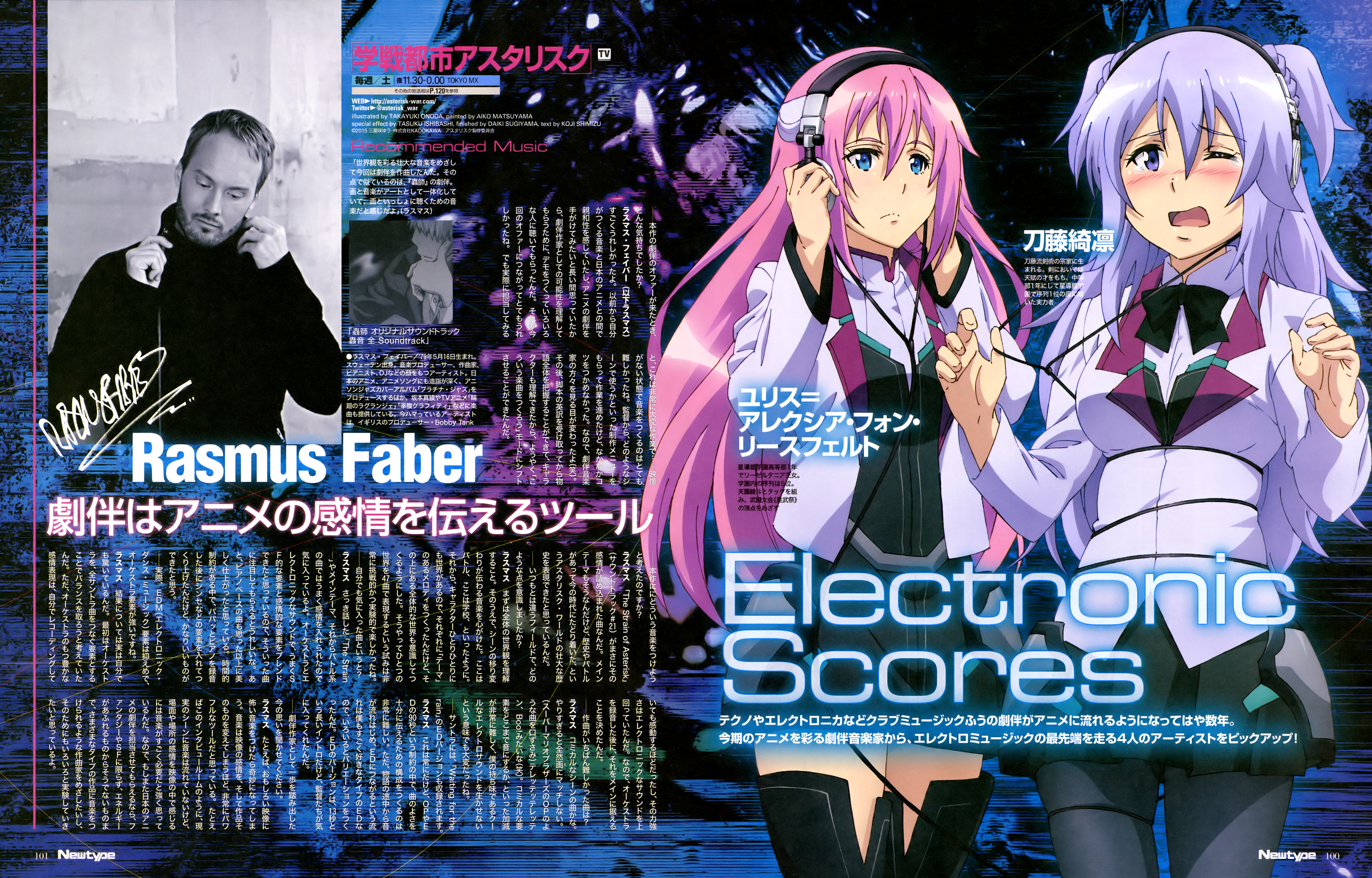 Sasamiya Saya and Toudou Kirin have also been revealed in the January 2016 issue of Megami as a poster. This issue of Megami magazine here and you can view the other posters that come in this issue here.

In addition to this, Toudou Kirin and Julis-Alexia van Riessfeld have been featured as a poster in the December 2015 issueof Animedia. This issue of Animedia can be purchased here and you can view the other posters that came in this issuehere.

In addition to this, the series was also featured in the October 2015 issue of the Japanese anime magazine NewType.