With the finale of the second season of The [email protected] Cinderella Girls just around the corner, Namco has one more treat for fans; a visual of Triad Primus. Triad Primus forms the Unit of Nao Kamiya, Rin Shibuya, and Karen Houjo joining together for the Newest Unit of the Cinderella Project. All Cool-type idols, Nao Kamiya is a tsundere that wants to become more feminine as an idol and spends most of her time watching anime while Karen Hojo is girl with Health Issues from inner-city Tokyo. The anime recently featured the unit’s song, Trancing Pulse, featuring the voices of  Mai Fuchigami, Eriko Matsui, and Ayaka Fukuhara.

The poster is featured in November’s Newtype, soon to be available for order on JList! 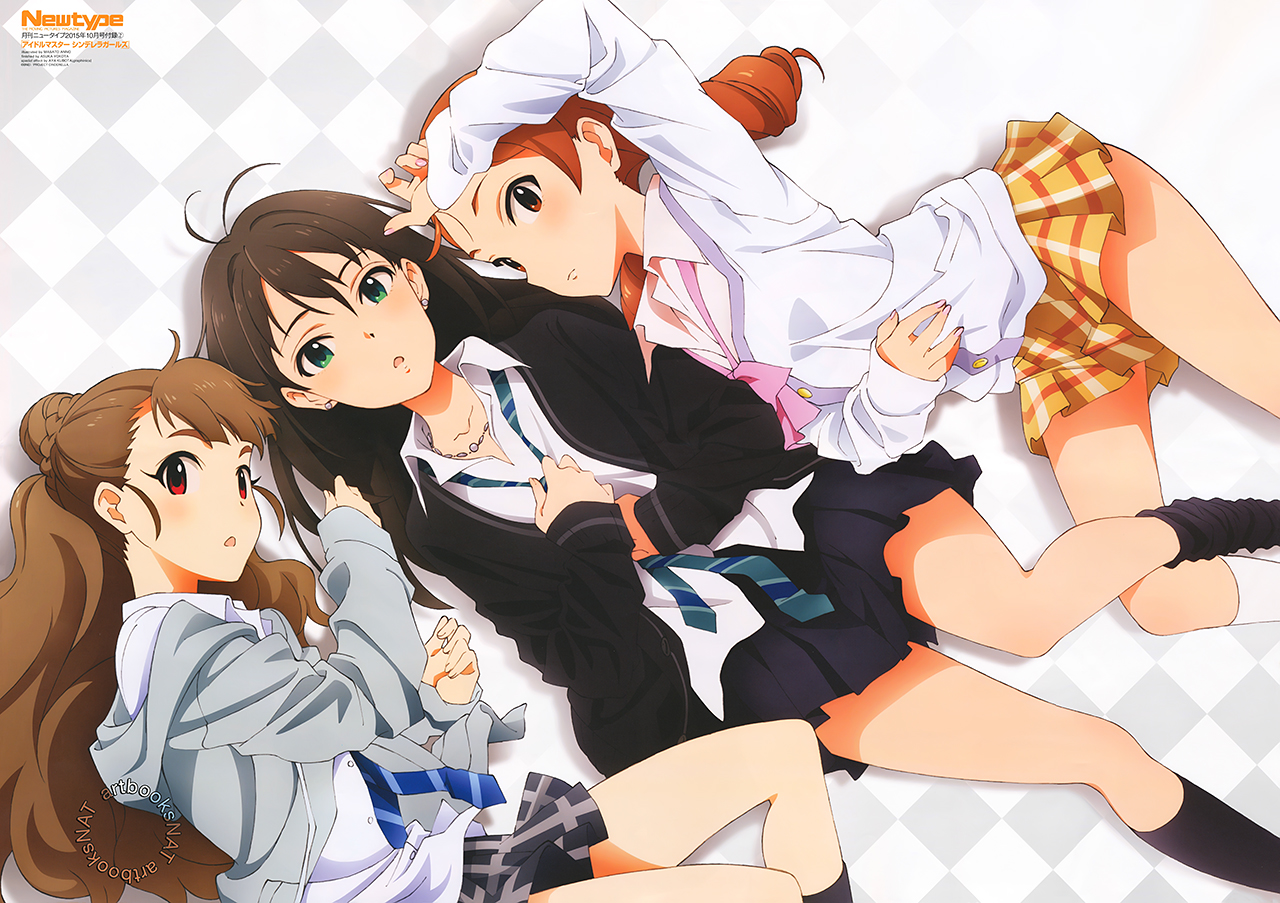 Another visual of the series was also revealed in the September issue of NewType as a double page spread. You can purchase this NewType magazine issue here.

Key visual for the second season: