Home Anime Triage X’s Posters Are as Sassy as Usual

In the June issue of Megami comes this new plot-heavy poster of Shouji Sato’s Triage X. This new visual features Mikoto Kiba and Oriha Nashida displayed in their underwear while showing signs of excitement. 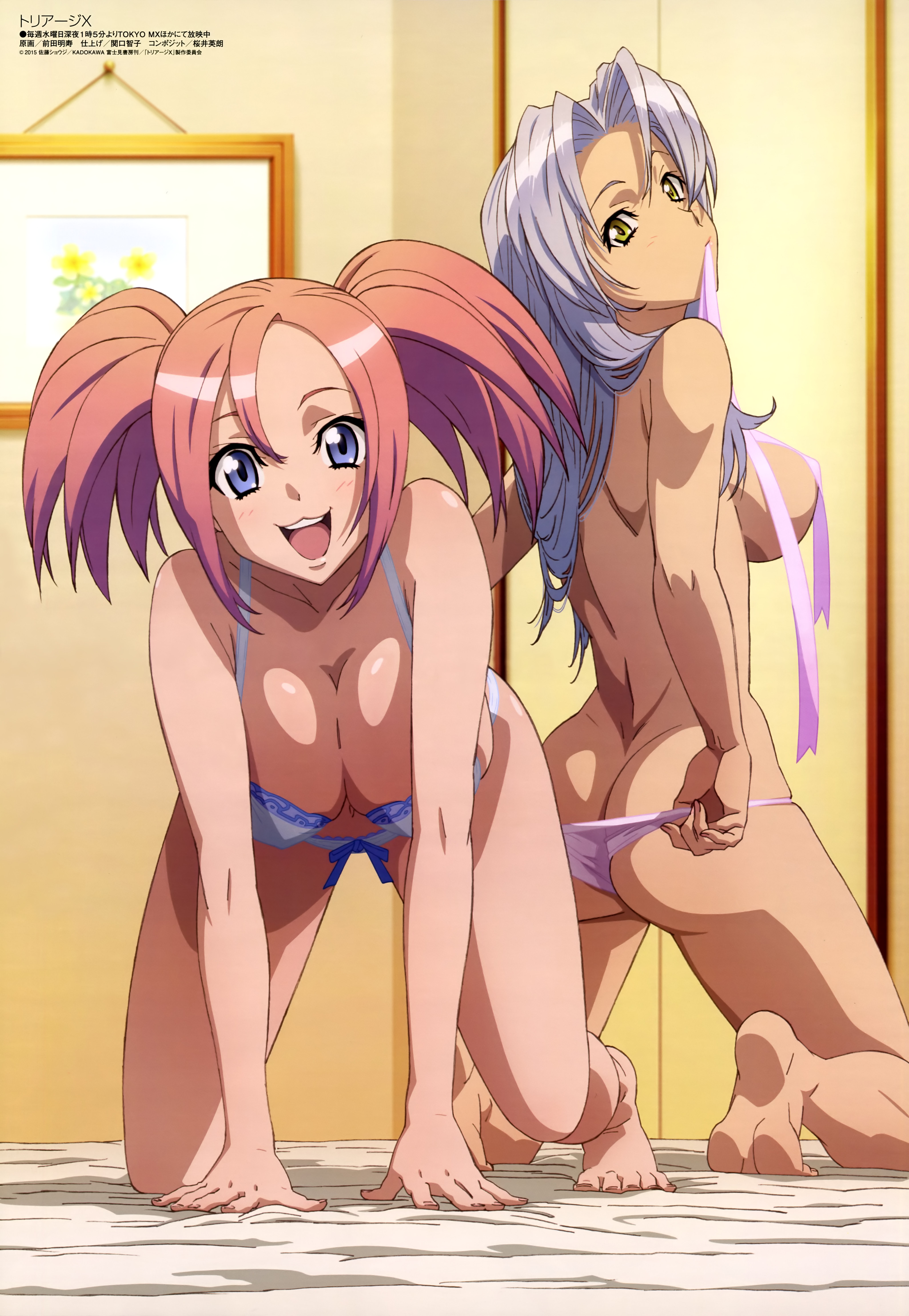 In the April issue of NyanType a visual was also featured: