Earlier this week we reported on how monogatari Nisio Isin confirmed in Japan’s Cut magazine that an anime adaptation of Tsukimonogatari is currently in production. Today we can confirm that it will have a total of 4 episodes and to be aired on December 31, 2014. All 4 episodes will be shown in a row on TV stations Tokyo MX, BS11, and streamed on Niconico Douga. 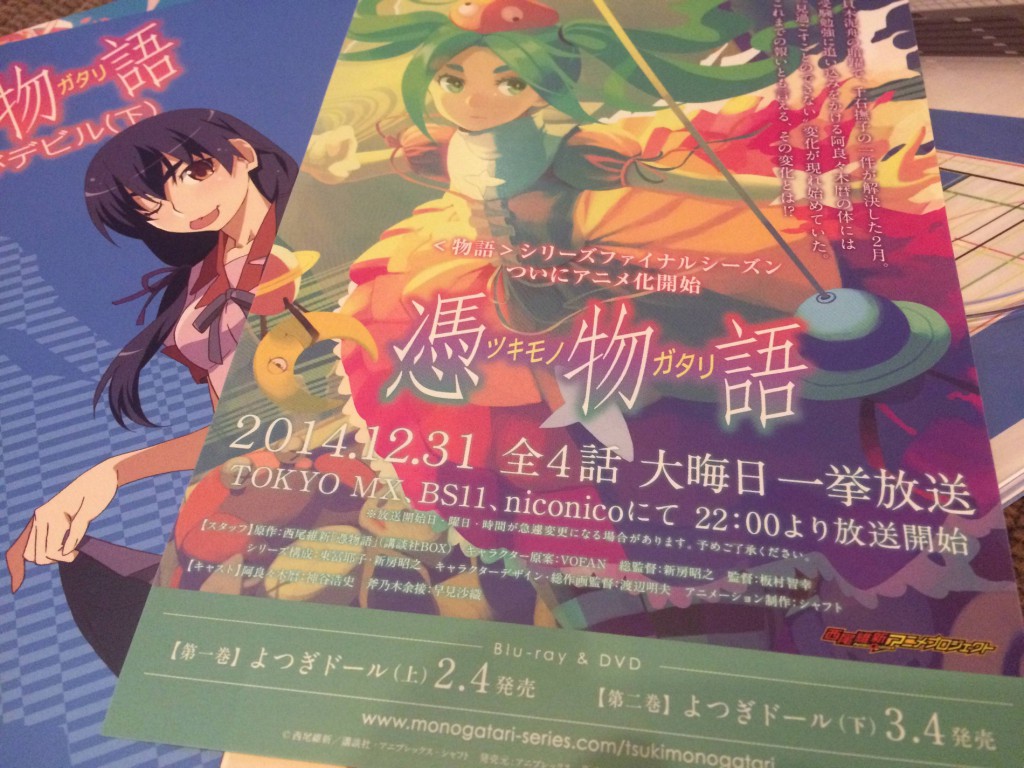