The official website of the anime adaptation of Saki Hasemi and Kentaro Yabuki’s To Love-Ru manga has announced that two new OVAs are being produced this year to celebrate the series’ 10th anniversary. 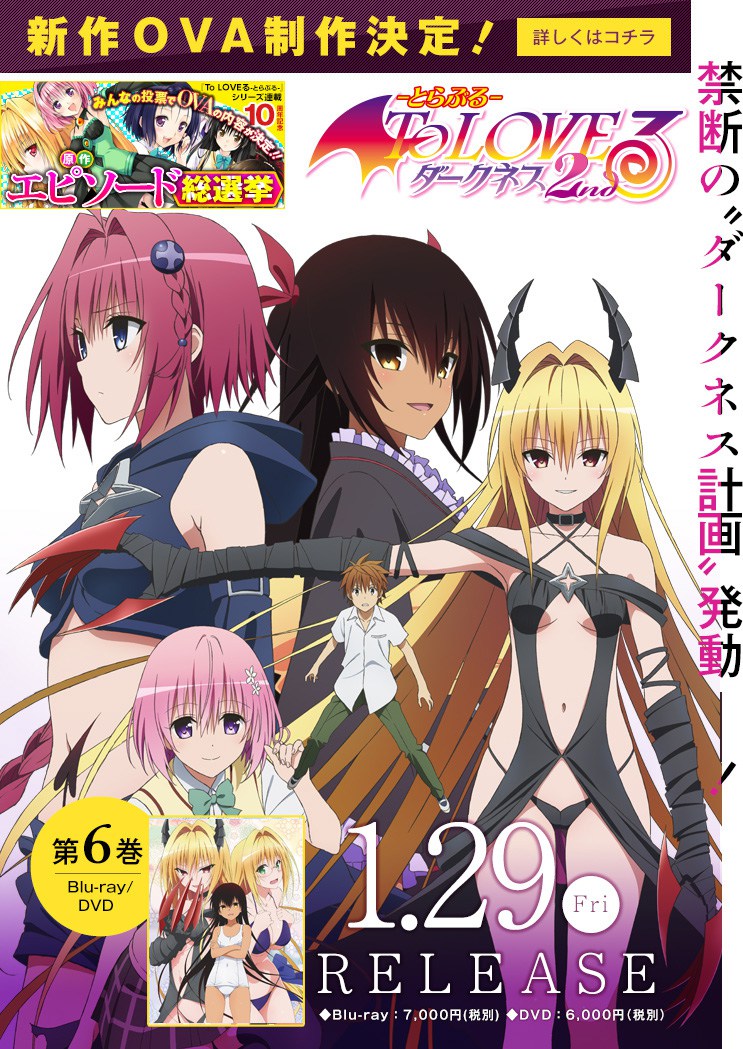 The main cast from the most recent anime, To LOVE-Ru Darkness 2nd, includes: