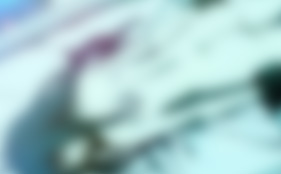 It has been a small while since we had did a TV and Blu-ray Comparison post, and this time we have a series that ticks all the changes needed. Studio Arms’ (Elfen Lied, Genshiken) anime adaptation of Lynn Okamoto’s Gokukoku no Brynhildr (Brynhildr in the Darkness) manga had a fair bit of censorship on its original broadcast. Since the Blu-rays are released after the original TV version, studios have additional time to reproduce scenes of the anime that may have been rushed to make schedules, deadlines and meet TV regulations. They may redraw scenes, add new ones, include flashier effects, remove censorship or just improve the general quality of the anime. It’s always interesting to see what animation studios change for their “director’s cut” of the series.

This time there will be a comparison of the first 6 episodes of Gokukoku no Brynhildr. We will be looking at the censored and uncensored versions for the anime’s gore and nudity, and taking a general look at fixes and quality comparisons.

Note: There are spoilers for the first 6 episodes of Gokukoku no Brynhildr

First up are the comparisons for the gory sections of the anime. In the original TV broadcast for Gokukoku no Brynhildr, many of the more graphic scenes have been censored by a variety of ways, from black bars to the studio taking advice from Hollywood with lens flare. The original TV broadcast version is on the left and the Blu-ray version on the right.

Click on the images for the full resolution to take a closer look. 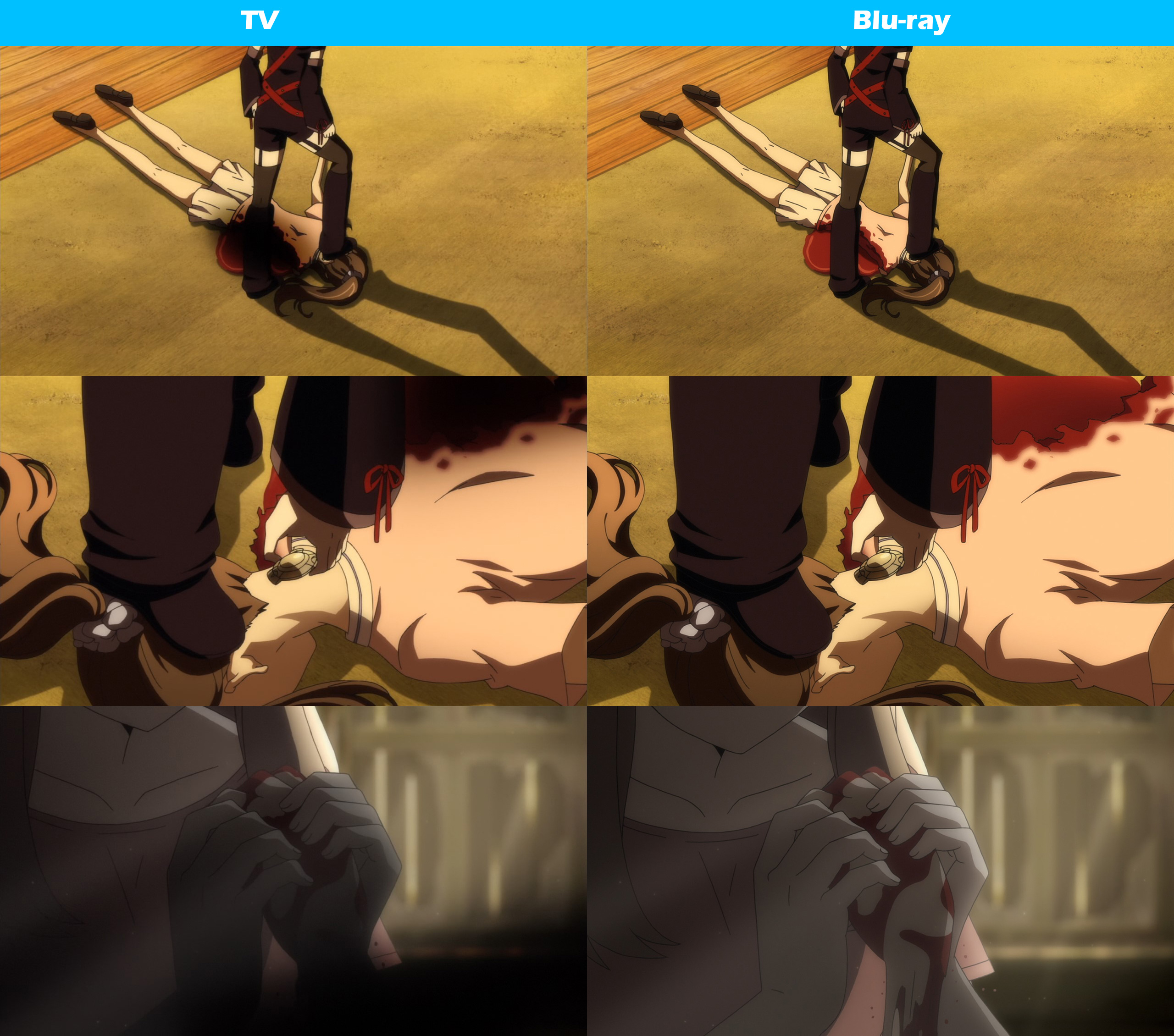 The next set of images are about the comparisons of the nudity scenes in the series. Like with the gore, they have been censored in the TV broadcast and uncensored in the Blu-ray release. Once again, the nudity might be too glorious for TV with all the lens flare, and zooming techniques to hide some of the nudity.

Another major part of the Blu-ray release is fixing up mistakes and generally improving on the quality of the anime. In the Gokukoku no Brynhildr Blu-ray release, you can see that a fair amount of small detailed changes have been made, mostly on the faces of the main characters. 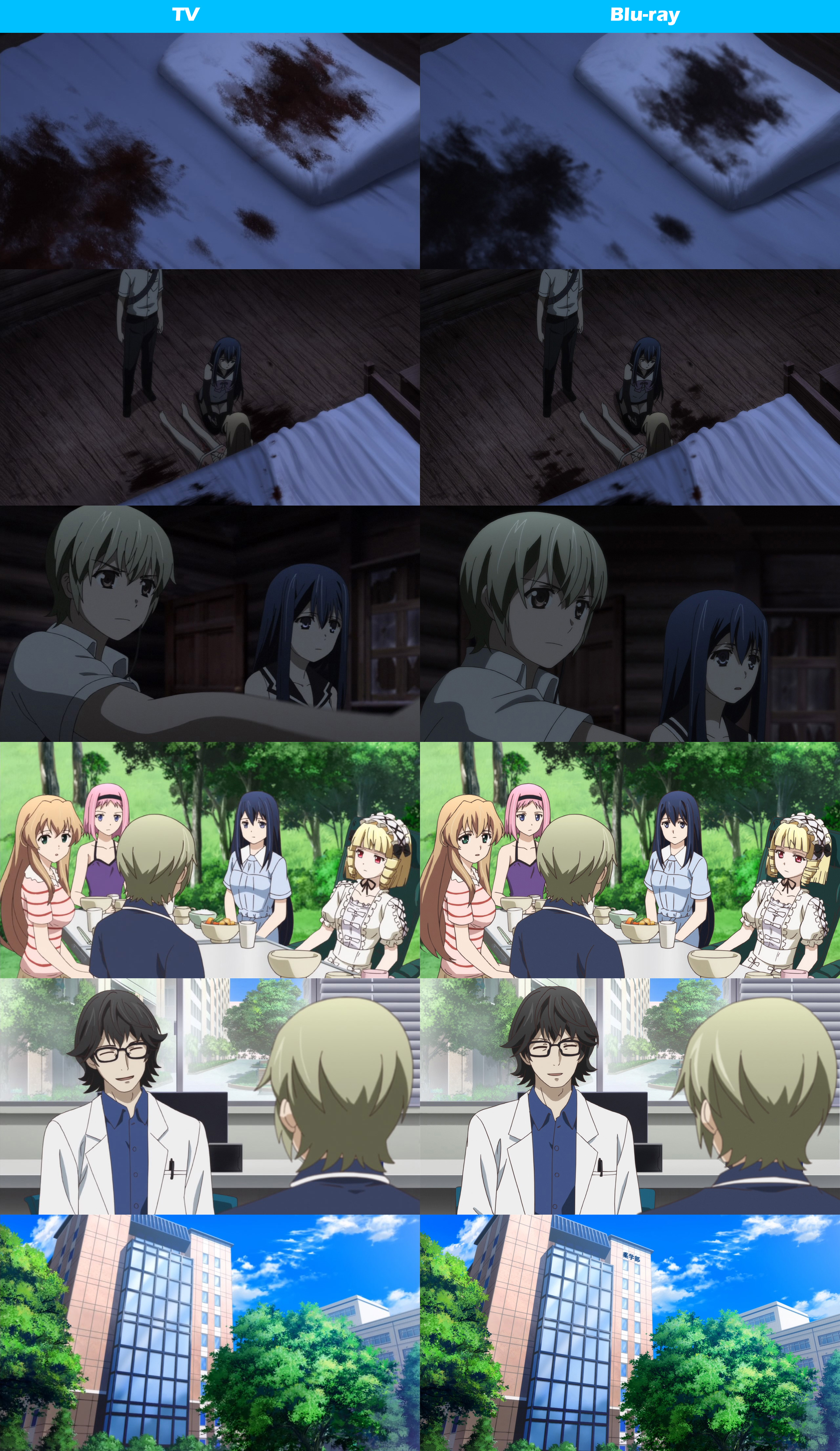 And for our final comparisons, sometimes the studio makes a few questionable choices for the Blu-ray release. Studio Arms have made a few changes that may have not improved the quality of the anime, such as removing blood in one scene that appears in the next – which is in the TV release – making a continuity error, and a change to a scene of main protagonist Ryouta Murakami where his mouth doesn’t move even when speaking. 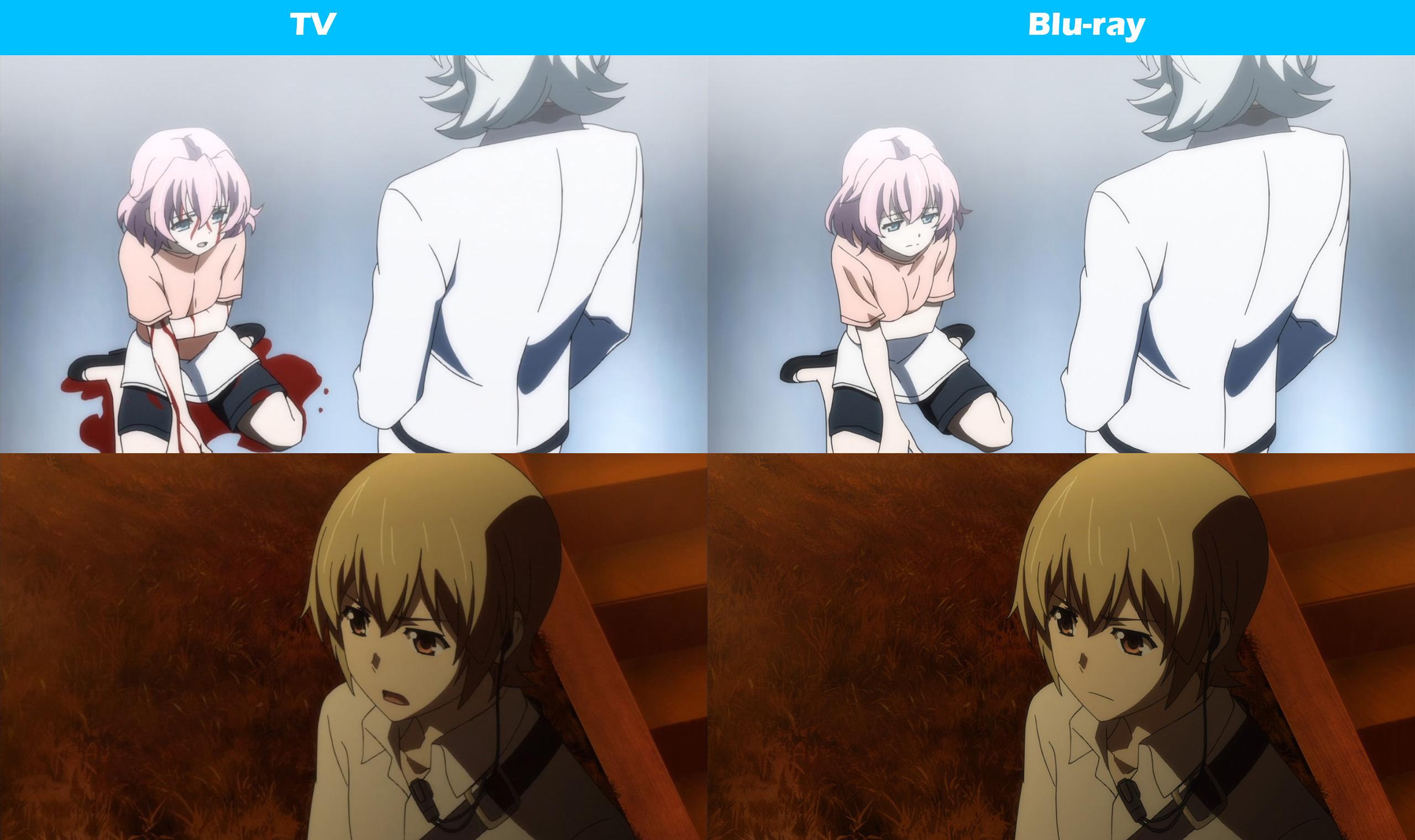 Gokukoku no Brynhildr (Brynhildr in the Darkness) is a science fiction manga written and illustrated by Lynn Okamoto. The series began serialization in January 2012 in Shueisha’s Weekly Young Jump magazine. To date a total of 11 compiled volumes have released in Japan. An anime adaptation of the series was produced in April this year, during the Spring 2014 anime season, and ran for a total of 13 episodes. It was produced by Studio Arms (Elfen Lied, Genshiken) and directed by Kenichi Imaizumi (Katekyo Hitman Reborn!).

When he was a child, Murakami was infatuated with a girl he called Kuroneko. She insisted on knowing about aliens and having met them, but no one believed her, even young Murakami was skeptical. One day, she decides to show him the aliens, but an accident occurs and Kuroneko dies while Murakami is left seriously wounded in the hospital.

Years go by and Murakami obsesses on finding proof of the existence of aliens because of a promise he had made with Kuroneko. Then, one day, a new transfer student comes to his class, who not only looks a lot like Kuroneko, but is named Kurohaneko! 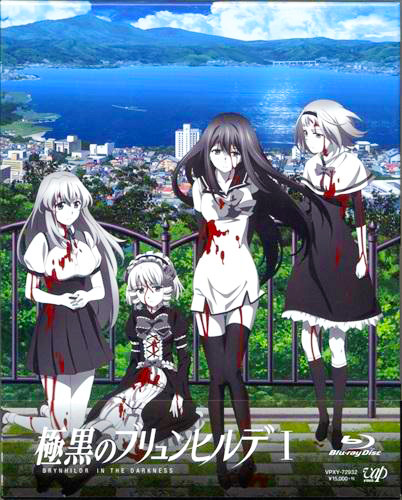 All images come from the first Blu-ray boxset of Gokukoku no Brynhildr, which is currently available on Amazon Japan for ￥11,800 (~ $118.00 USD).

So what do you think about the Blu-ray release? Did the changes benefit the series?