There’s been a listing showing that Assassination Classroom (Ansatsu Kyoushitsu) will be adapted as part as a two cour series, meaning the series will be adapted not in one season but two. The aforementioned listing also states that CG has been used for the animation.

The listing is as follows: 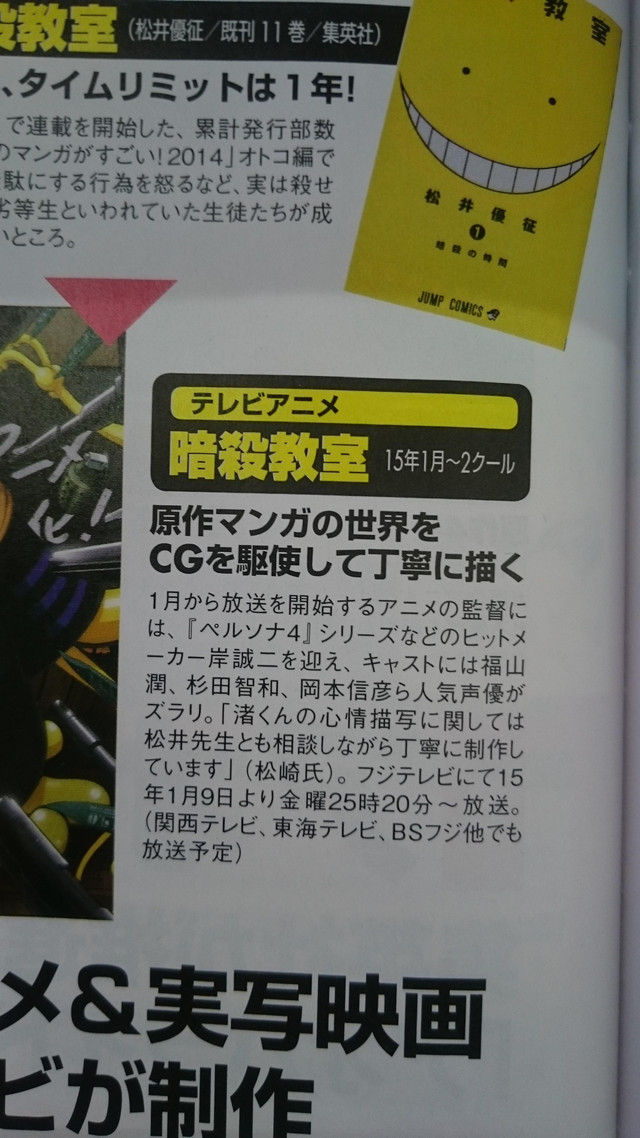 The series’ main cast were announced previously in a PV video and are as follows: 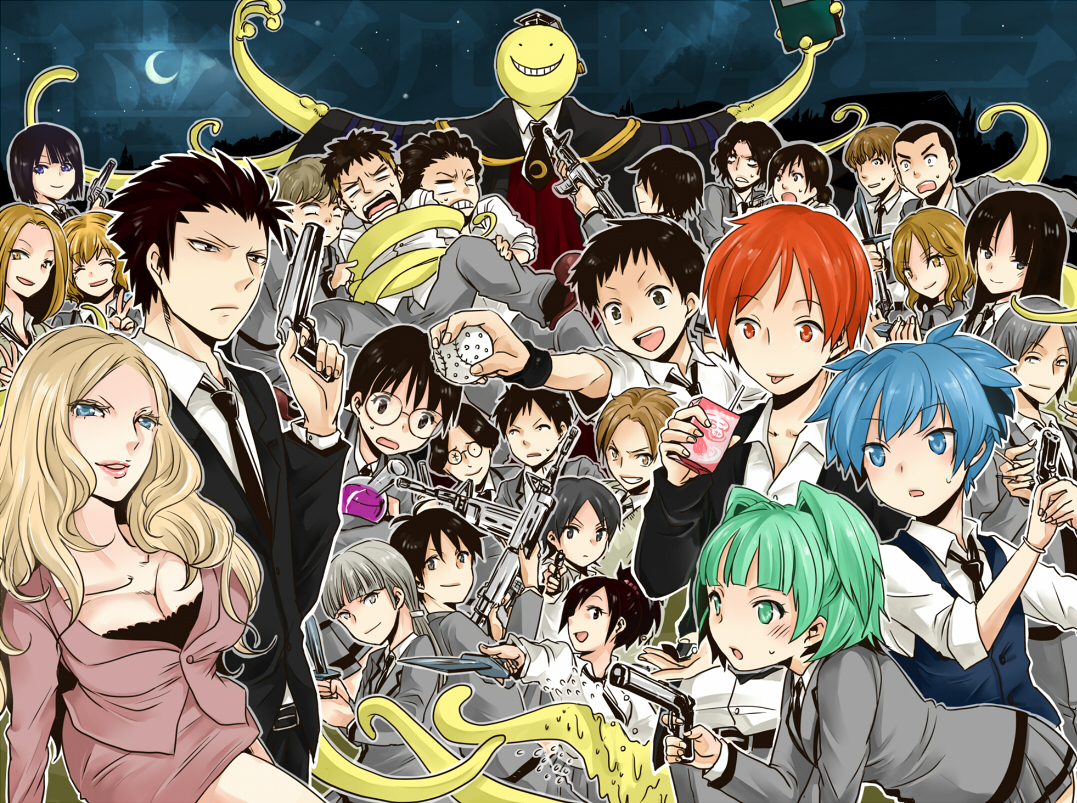 Assassination Classroom is a comical manga that’s first appeared in 2012 and ran for eleven volumes ever since then. Thanks to the success of the series, it has been announced that an anime adaptation will follow.