With the recent release of the first volume of the Tokyo Ghoul Blu-ray, this is an opportune time to have a comparison of the censored TV broadcast and the uncensored Blu-ray version. The adaptation of Sui Ishida’s horror dark fantasy manga was quite popular and somewhat well received. The manga itself is well known for its dark twisted art, but it was unable to be translated well into the anime’s initial broadcast and was censored in some of its gruesome scenes.

Since the Blu-rays are released after the original TV version, studios have additional time to reproduce scenes of the anime that may have been rushed to make schedules, deadlines and meet TV regulations. They may redraw scenes, add new ones, include flashier effects, remove censorship or just improve the general quality of the anime.

This time there will be a comparison of the first 3 episodes of Tokyo Ghoul. We will be looking at the TV and Blu-ray versions for the censorsed and uncensored versions of the anime.

Note: There are spoilers for the first 3 episodes of Tokyo Ghoul

The left side of the images are from the TV broadcast, and the right side is from the Blu-ray release. Click on the images for the full resolution to take a closer look. 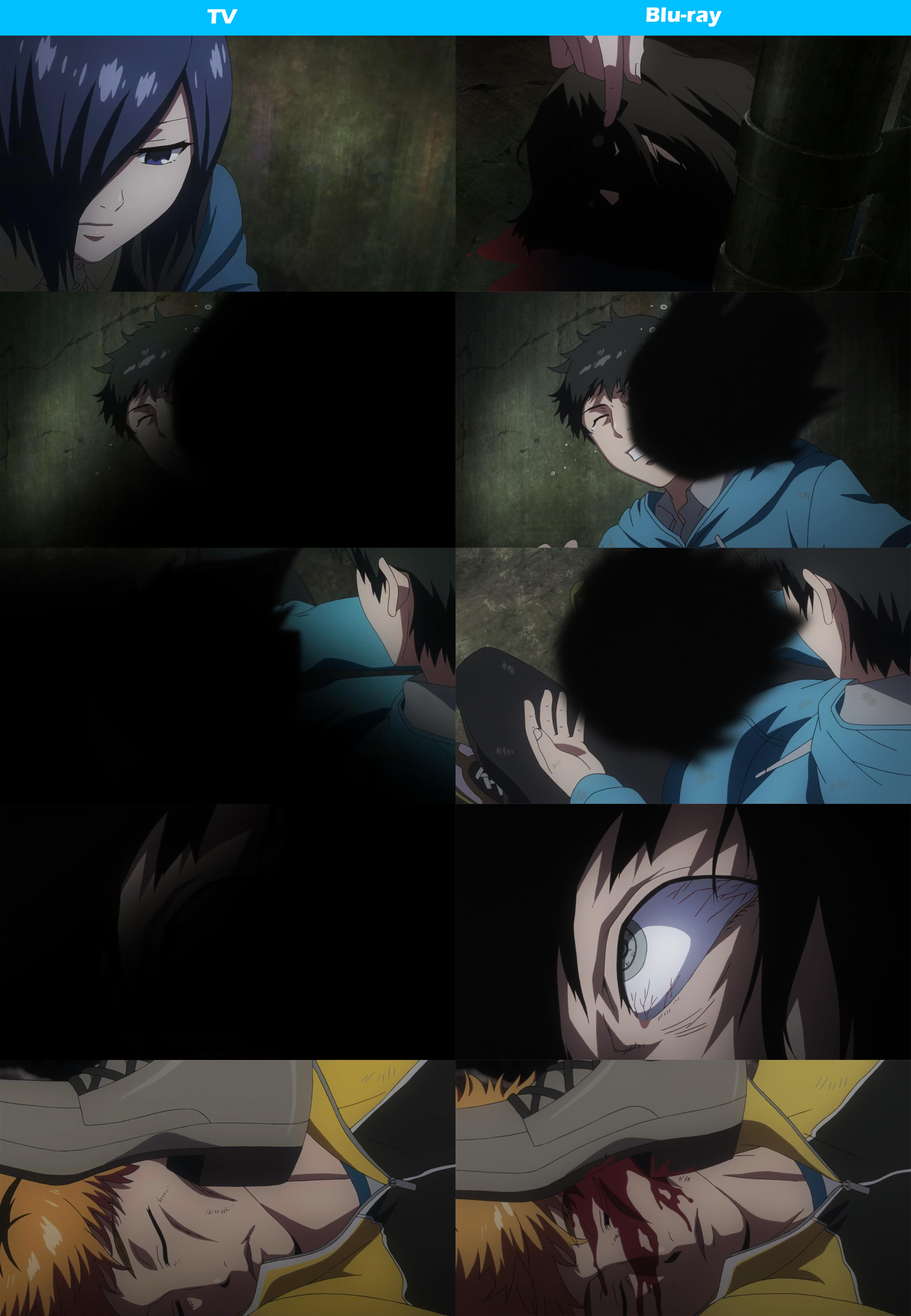 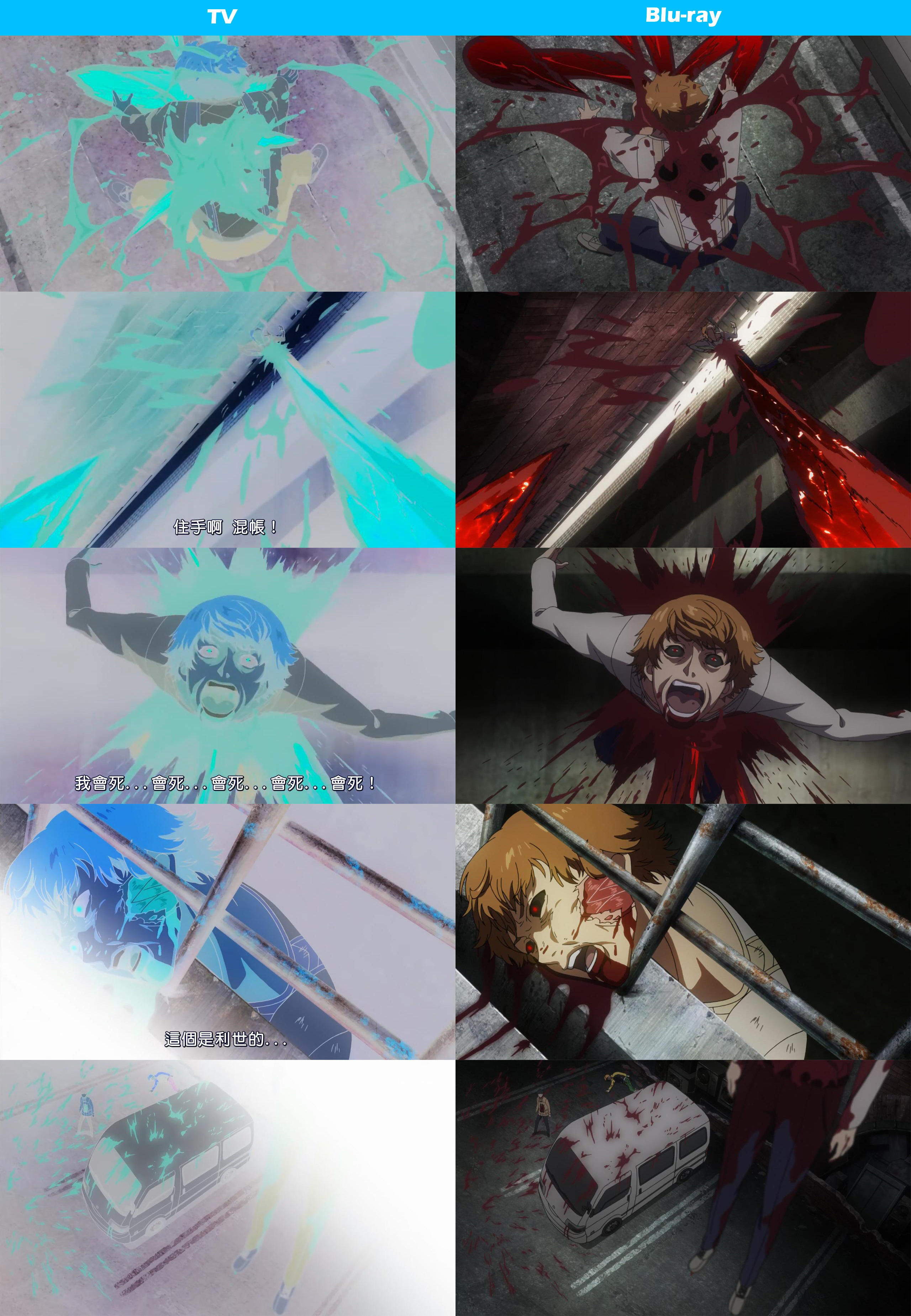 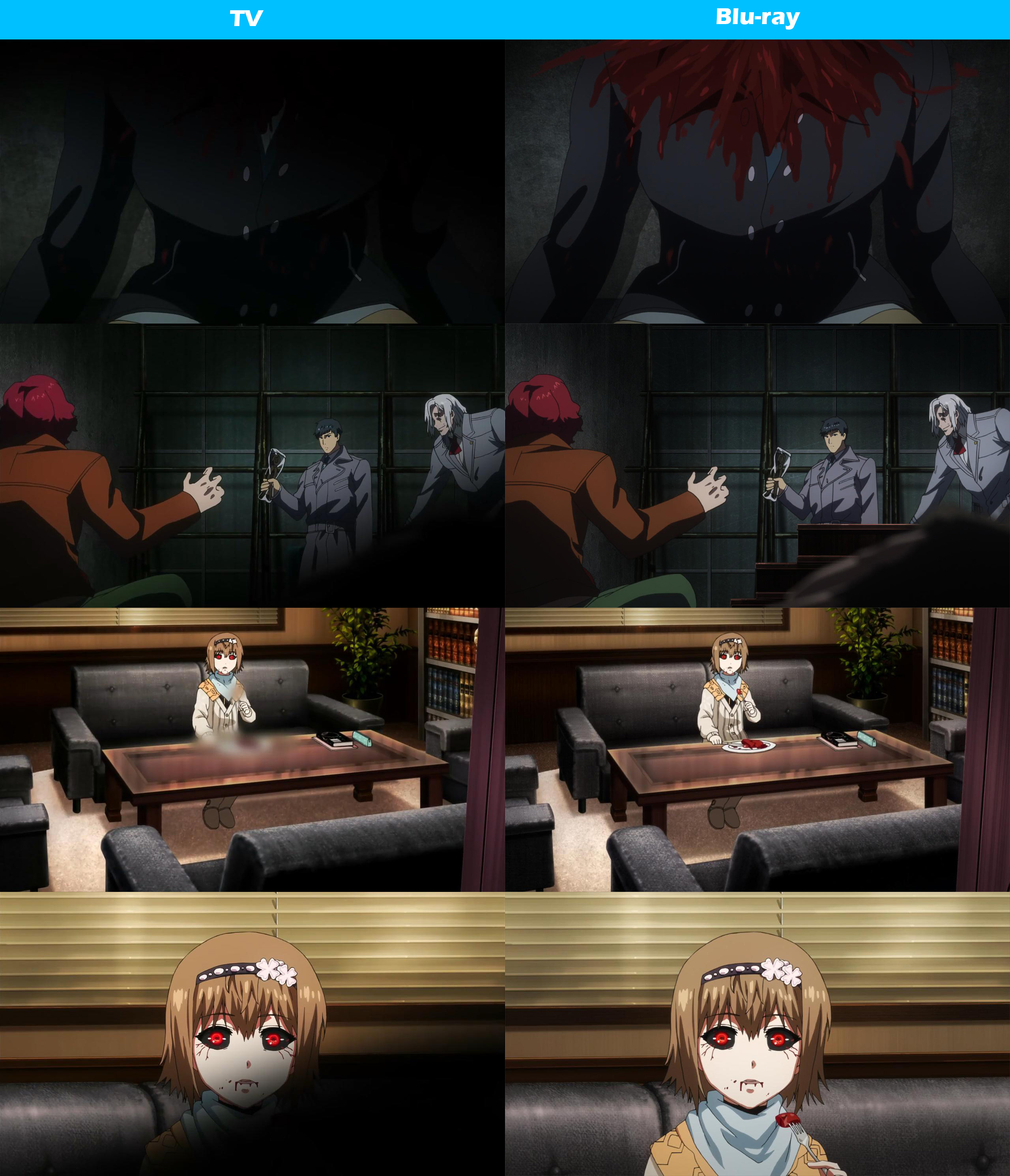 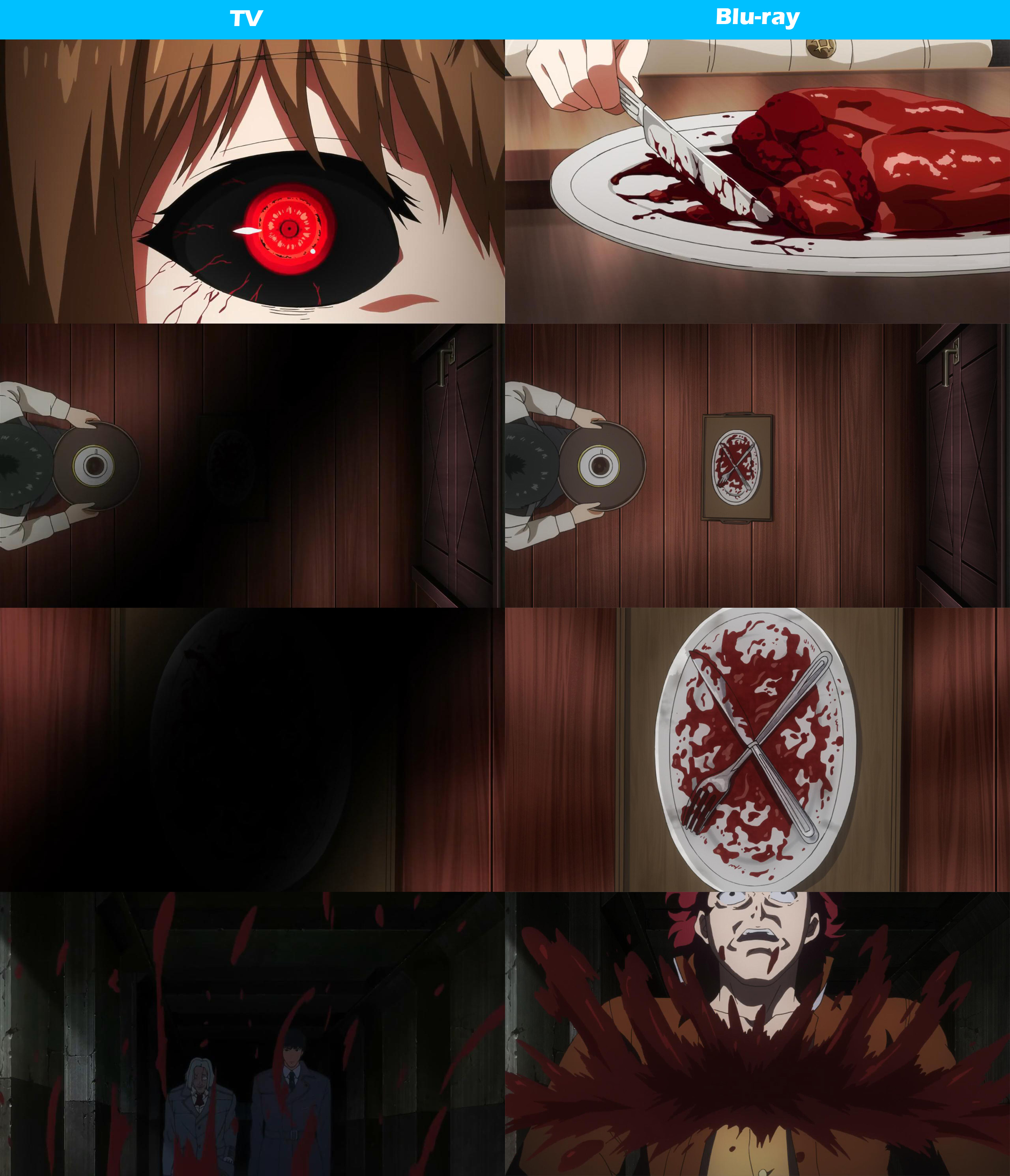 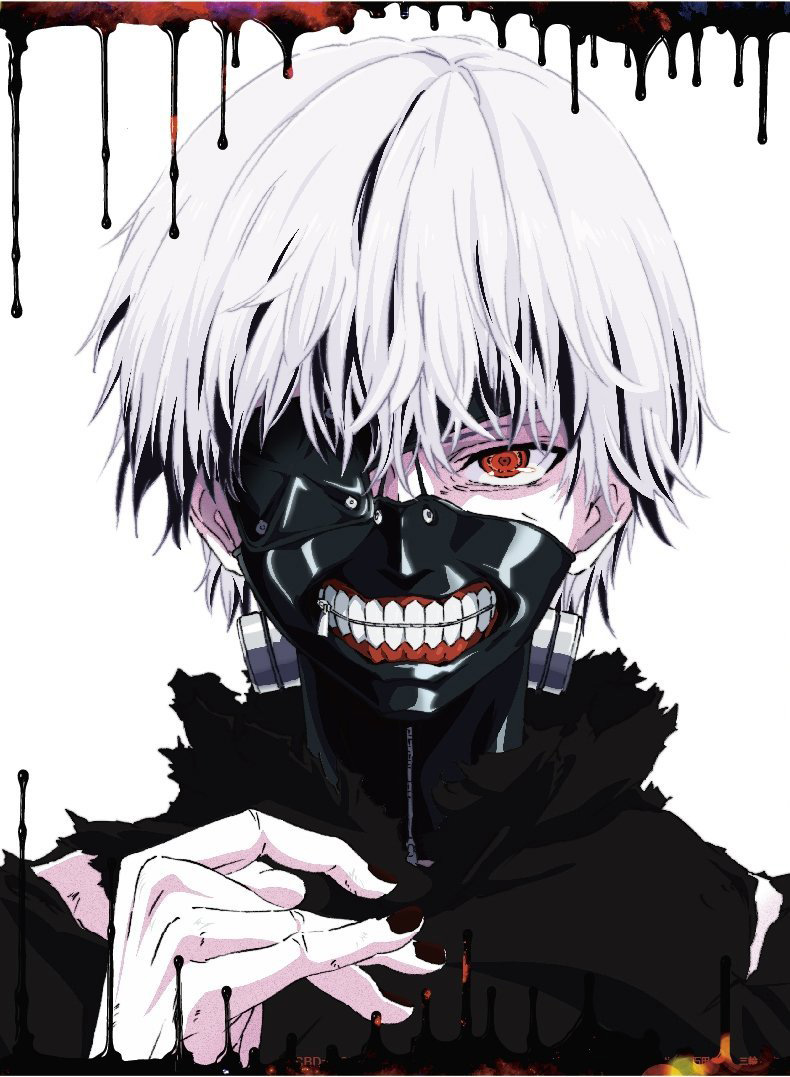 All images come from the first Blu-ray volume of Tokyo Ghoul, which is currently available on Amazon Japan for ￥7,032(~ $7.032USD). The anime’s second Blu-ray released last month on Amazon Japan and the third volume will be released on the 28th.