The official website for the second TV anime adaptation of Kazuhiro Fujita’s first serialization work in the 1990s, Ushio to Tora (Ushio and Tora), has revealed a new key visual. In addition to this, the second season is scheduled to end on June 24th with episode 39. 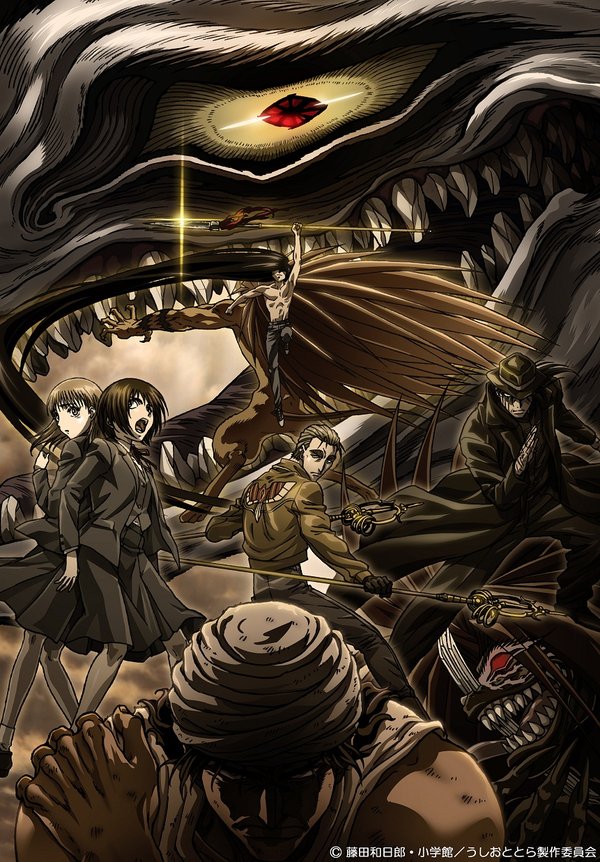 Ushio and Tora is a yokai manga by Kazuhiro Fujita. It was adapted into three OVA series: one with six episodes released from September 11, 1992 to February 1, 1993; one with four episodes released from June 11, 1993 to August 1, 1993; and one single episode OVA released on October 1, 1993. The anime was released in the United States by ADV Films. A new television anime series based on the manga, to be co-produced by MAPPA and Studio VOLN, aired during summer 2015.