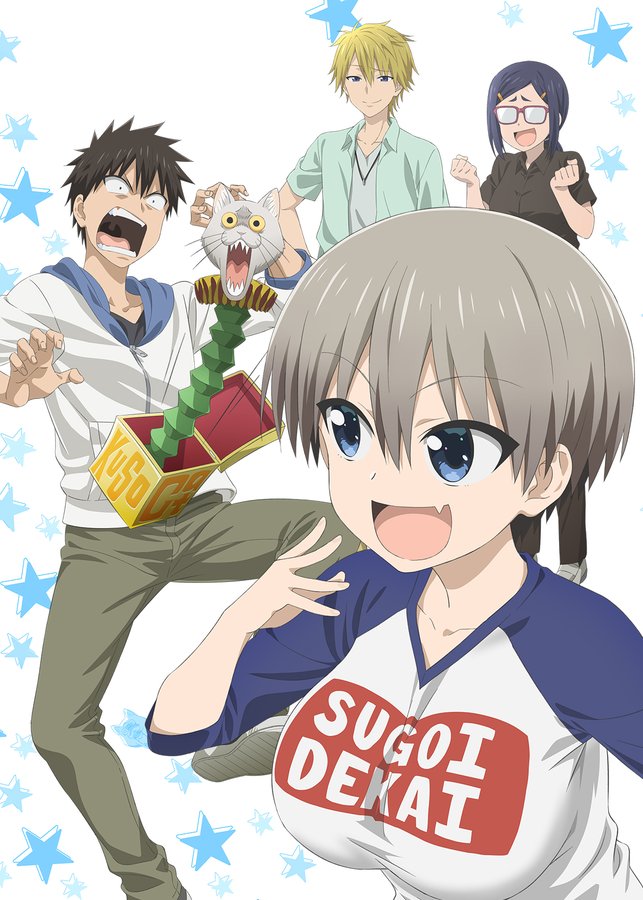 The official website for Take’s Uzaki-chan wa Asobitai! (Uzaki-chan Wants to Hang Out) manga series has announced that it will be receiving a TV anime series slated to air in July.

The cast currently consists of the following: