Two new trailer’s were released on July 20th, 2014 for Doraemon‘s New 3D CG movie, Stand By Me. These trailers show of scenes of the Doraemon franchise’s first 3D CG movie. Packed with action, adventure, heartbreak, and drama, these trailers tease at a Stand By Me Doraemon movie with more mature themes. The third trailer also features the song “Himawari no Yakusoku” (Promise of a Sunflower) by Motohiro Hata.

Doraemon was first created in 1969 by the mangaka duo Fujiko Fujio. During the 22nd century, humanity has progressed unbelievably. However, the mistakes of main character Nobita during the 20th century have caused all of his posterity to suffer. Doraemon, a cat robot servant of the family, is sent back to help Nobita so that he doesn’t make the same mistakes! Doraemon ends up not being much of a help and his gadgets cause the characters to end up on all sorts of misadventures as they grow up.

Text: To everyone who has experienced childhood.
Text: Doraemon’s story of beginning and end
Text: Change the future
Shizuka: Nobita! Nobita!
Shizuka: I’m going to quit the marriage!
Text: A forseen destiny
Nobita: Shizuka! Shizuka!
Text: Something was gained.
Text: But
Text: Something was lost.
Text: To think that something that was thought to be obvious would be this precious.
Doraemon: I can’t be here anymore.

Text: To everyone who has experienced childhood.
Doraemon: Here we go!
Nobita: If Shizuka becomes the wife of some lousy guy like me, she’ll suffer her entire life…!
Shizuka: I’m going to quit the marriage!
Text: Change the future
Nobita: Shizuka’s going to die!!
Man: That young man can wish for others’ happiness, and exchange their sorrows.
Announcer: The program has completed. Return to the future within 48 hours.
Text: Something was gained, and so, something was lost.
Doraemon: You’ll be fine, even without me!
Nobita: Doraemon felt assured! He can’t come back!!
Doraemon: Nobita!
Text: To think that something that was thought to be obvious would be this precious.
Text: Dora-sobs

The film will open in Japanese theaters on August 8. 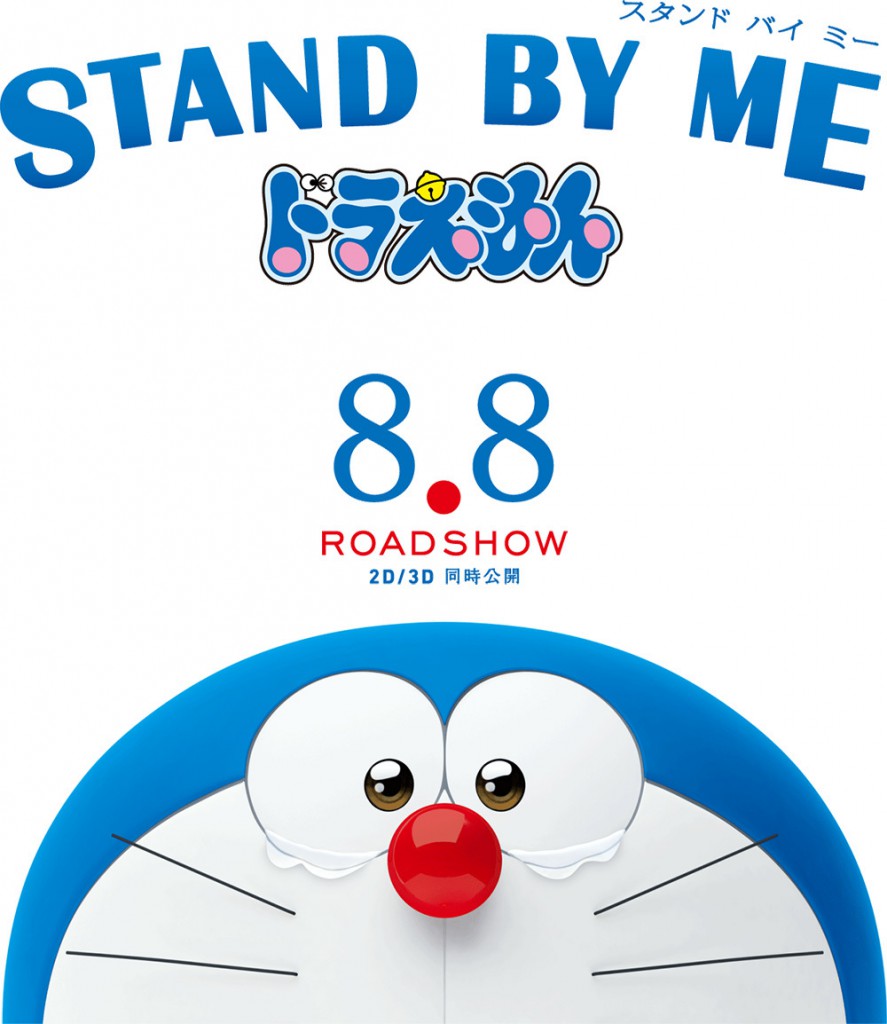