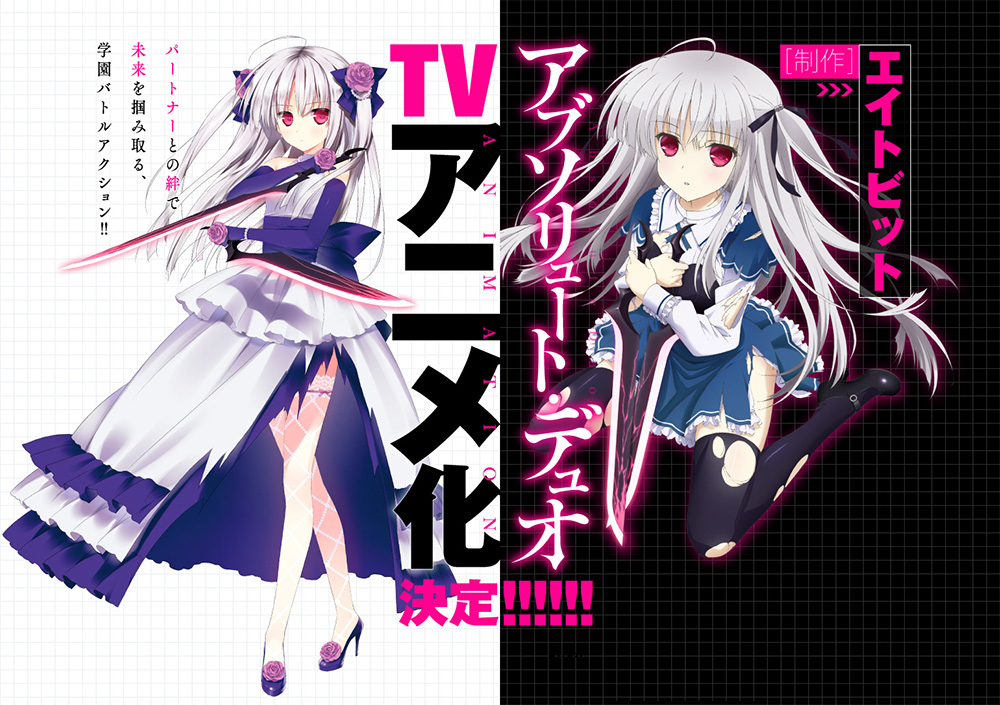 The event also announced that studio 8-Bit (Tokyo Ravens, Infinite Stratos) will be animating the anime. The event also announced that there will be a new manga adaptation of the series, and will be serialised in Media Factory’s Monthly Comic Alive magazine. Additionally, the anime’s website also launched with a new visual and a promotional video of the announcement:

Absolute Duo is a light novel series written by Takumi Hiiragi-Boshi and features character designs from Yuu Asaba. The series began in 2012 in Media Factory’s MF Bunko J imprint. To date the series has a total of 5 compiled volumes, with the sixth volumes releasing on the 25th. The series also received a manga adaptation earlier last year in  Media Factory’s Monthly Comic Alive magazine by Shinichirou Nariie.

After losing a loved one, Tooru Kokonoe enrolls at Kouryou Academy so as to gain a <<Blaze>>, a weapon that is his soul manifestation, for the sake of revenge. He was expecting a weapon… What he got was a shield… How is he to seek revenge with something that isn’t even a weapon?!

Further information about the Absolute Duo anime, such as the air date and cast, will be revealed at later dates.