The official Twitter account of Mikagura Gakuen Kumikyoku (Mikagura School Suite) has announced that the Vocaloid composer, Last Note.’s, manga and light novel series will receive a TV anime. The official website for the anime has also announced the adaptation. And today, the January 2015 issue of Kadokawa’s Comic Gene magazine was released with a cover image regarding about the anime announcement. Last Thursday, Nico Nico Douga had a live show about the anime announcement. The staff for the anime production has also been announced. Further cast and other announcements will be posted on the official Twitter account and on the official anime website. 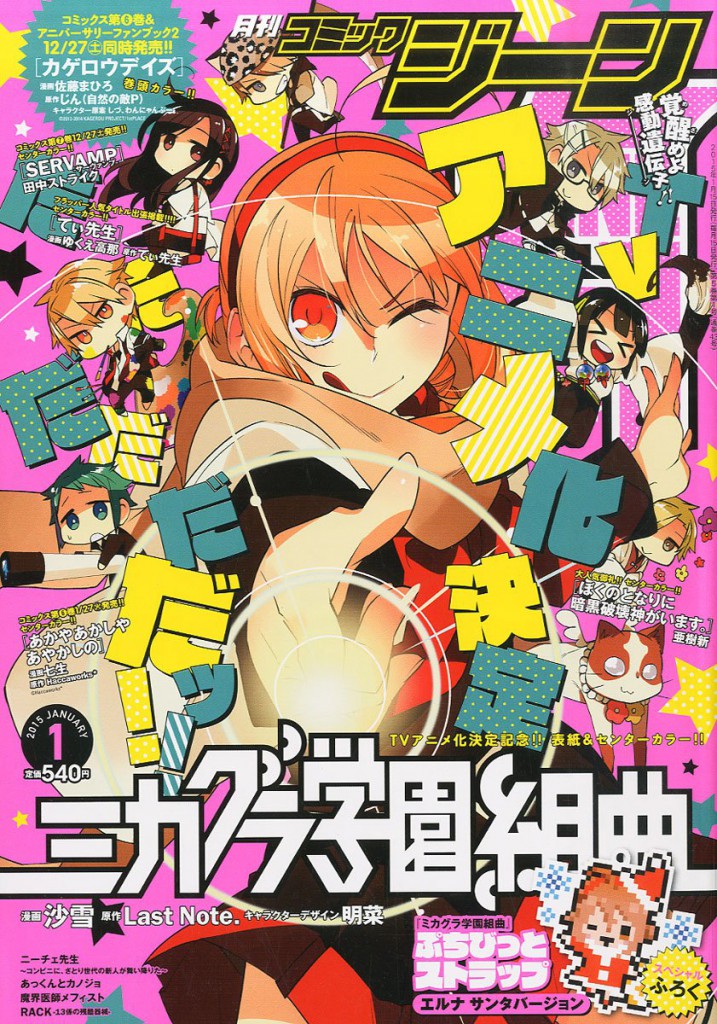 The staff for the anime was announced as follows:

These projects serve as an adaptation for Last Note’s music series with the same name.