Today, the manga adaptation of a Vocaloid music series Heisei Project titled as Heisei Project -Imitation Hero- was released on Ichijinsha’s Monthly Comic Zero-Sum magazine’s January 2015 issue. The manga was written by Kazuaki Emoto (Masou Kekkai no Magictica) and illustrated by Kou Fujino (Digimon World Re:Digitize). The novel adaptation’s first volume, titled as Heisei Dominantation was also released today. Heisei Project – White Noise, which is the album of the series, will be released on December 17, 2014. 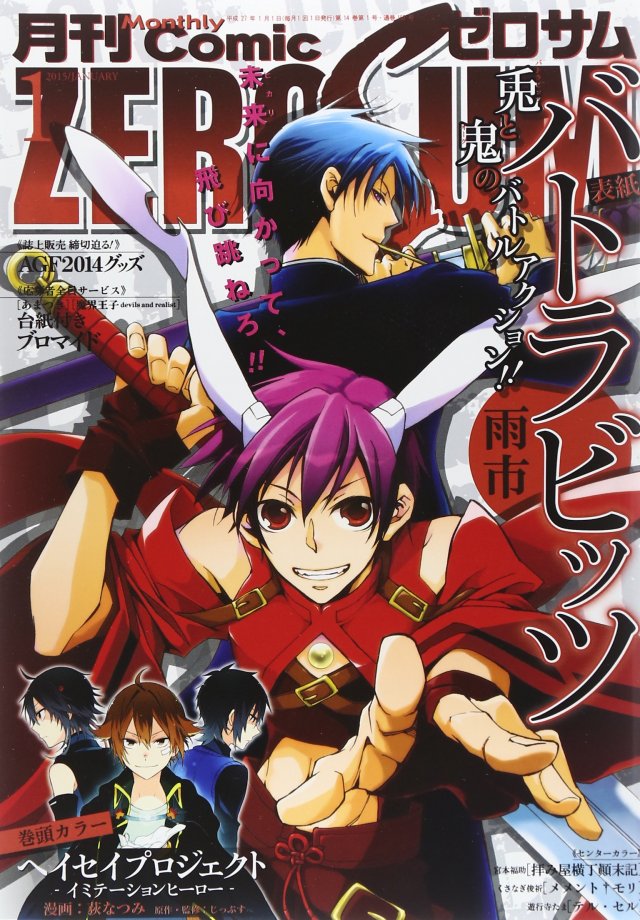 Heisei Project is an on-going series of Vocaloid songs by Zips (IA IA☆Iyaa Crusher, Fukushuu Dictator). The one in charge of the video is Not-116 (Iimu). Kairiki Bear for the mixing. Nachuki for the bass. Nanase is in charge of the illustration. Nevertheless, the videos of the project have been illustrated by various illustrators. The story goes by:

Year 20XX: a period with not one discomfort had arrived, and each person lived together comfortably. On the other hand, crimes such as robbery and murders ran rampant.

Although the balance of peace was preserved by eliminating hatred, one day, the world was covered in darkness, and each and every person became a delinquent.

Within the world where both conspiracies swirl, the “story” unfolds.

Come on, whose ally are you?

The battle-action manga revolves from the perspective of the Heisei Snipers which were not being told in the novel. In the story, there are two worlds that exist next to each other: Back World, in which magic exists, and a stage world that is under the development of science, Table World. A hero named Toki, who lived in the Back World, goes on a journey to the Table World in order to find the spirits of a fellow who suddenly disappeared. They explore the whereabouts and are increasingly involved in a big conspiracy to shake the survival of the two worlds.

The novel adaptation revolves around the main story of the project, including the Dominants and the Snipers. It will feature the effect of the paranormal phenomenon called “White Noise”. The first volume of the novel will cost 1200 yen + tax with 253 pages.

The album Heisei Project – White Noise will be released next month with 14 tracks. The album art was illustrated by Kiyamachi. It will cost 2,000 yen + tax. There is a Deluxe Edition of the album and it will include random trading cards and a poster. Buying the album on different stores will give you benefits. Some of them provide stickers and button badges.

Watch the first song of the Heisei Project series featuring IA, Heisei Cataclysm, which was uploaded on December 26, 2012. “A comfortable era will murder people.” The playlist will continue with more songs of the series. 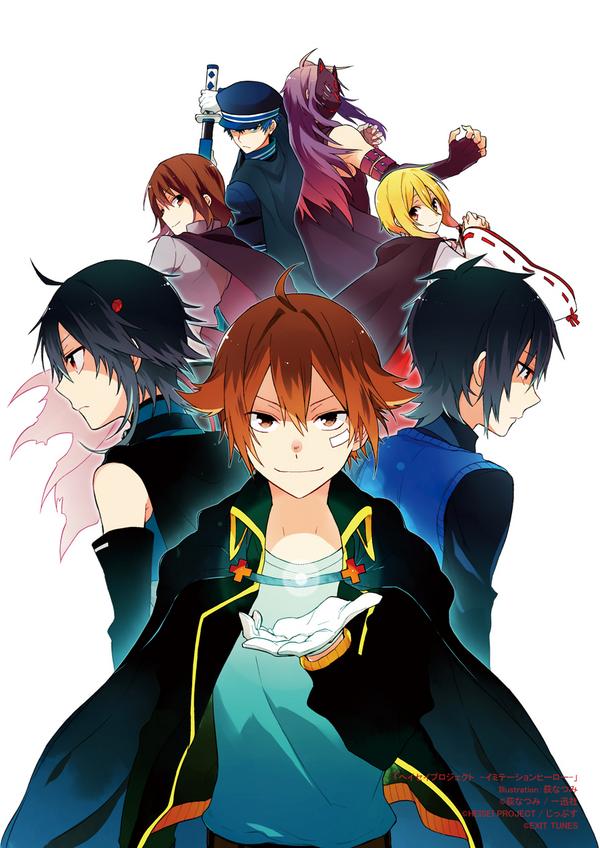 Here are few images regarding the Heisei Project adaptation releases from Twitter: