The official OS-tan (mascot) for Windows 10 was revealed today. The new OS-tan will be voiced by Ai Nonaka (Asura Cryin‘s Kanade Takatsuki) but has yet to be given an official name.

The creators are also looking for fans to submit name suggestions for her on June 19th. If you submit a new name, you’ll receive a rough sketch of the character as a desktop wallpaper. Five special participants will be selected to win a signed drawing by Ai Nonaka. 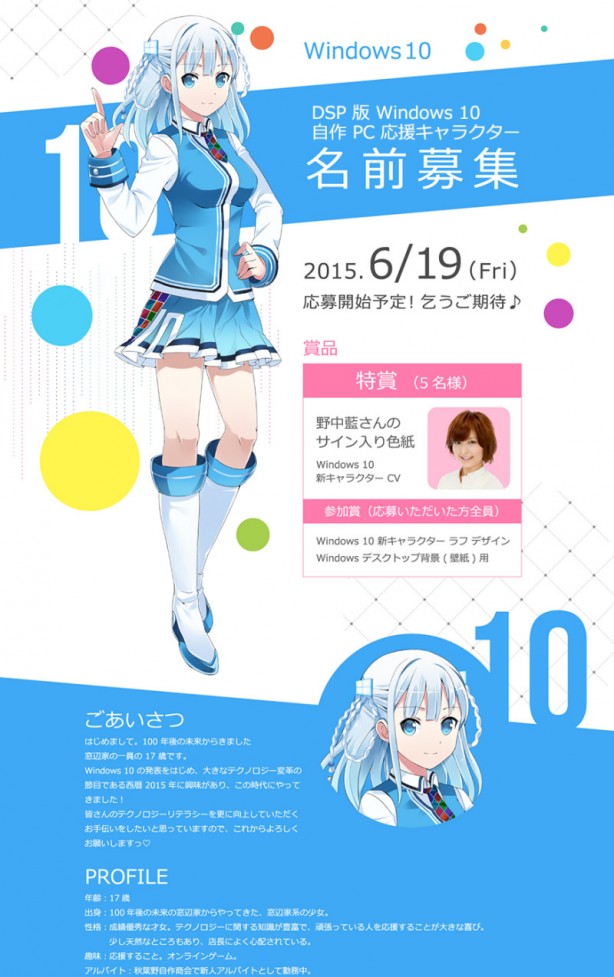 They also explained the lore behind the new Windows 10 OS-tan:

Her origins are the Madobe family and she’s set 100 years in the future. Her hobbies are online gaming, and supporting others. Her personal traits are being an excellent student, and expanding her knowledge on technology. Her manager often worries since she’s a bit spontaneous. She also enjoys cheering on people who are working hard and doing their best. She also has a part-time job at the Akibano Custom Computer Company where she is a rookie.