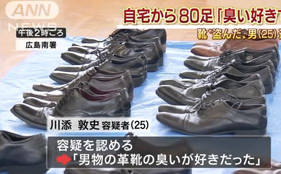 Police found 80 pairs of men’s shoes inside the residence of the suspect. 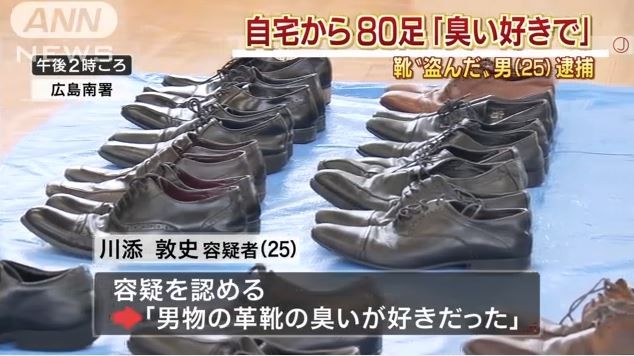 In November and December of last year Atsushi Kawazoe allegedly intruded into a residence of a 28-year-old man in Higashi Ward and stole two pairs of leather shoes.

Kawazoe, who has been charged with this strange theft, admits to the allegations. “I like the smell of men’s leather goods,” the suspect is quoted by police, according to the Fuji News Network. He added that it was innate desire to satisfy his sexual needs that encouraged him to commit the thievery.

A search of Kawazoe’s residence resulted in the discovery of roughly 80 pairs of black and brown men’s shoes. He told police that he targeted apartments in which the doors were unlocked.

Police believe that Kawazoe may also be the culprit of more than 10 similar crimes.