Last summer, LIDENFILMS (Aiura, Senyuu, Miss Monochrome, Terra Formars) produced an original net animation for Yamada-kun to 7-nin no Majo (Yamada-kun and the Seven Witches). The ONA was based off of the manga, Yamada-kun to 7-nin no Majo, by Yoshikawa Miki. The manga’s story follow’s Yamada Ryuu, the schools biggest problem child. One day, he happens to bump into Shiraishi Urara, the school’s star student on the stairs. As they fall their lips accidentally touch in an unintended kiss! When he comes to, Ryuu finds that he has inadvertantly switched bodies with Urara. But as they work together to try to revert back to their original selves, they realize there are other mysterious things happening in the school. Could these shocking developments be the work of… witches?

Yamada-kun to 7-nin no Majo ONA:

As the ONA was viewed more and more times, a mysterious promise was made. Once the video crossed the 1 million view mark, an “announcement” was to be made! On June 12th, 2014, the ONA reached 1 million views and a second video was released.

The opening of the anime’s official website was broadcast along with the news that an original anime DVD was in the works! This exciting news was further updated recently with new additions to the cast.

Yoshikawa Miki’s manga, Yamada-kun to 7-nin no Majo is currently on its 14th volume as of earlier this month. The manga started serializing in 2012, running in Kodansha’s Weekly Shounen Magazine. Extremely successful, the series has been licensed in Chinese by the Taiwanese publishing company Tong Li. It was also made int0 an eight episode live-action television drama which aired on FujiTV in 2013. Kodansha Comics USA will begin releasing the manga in english the USA in 2015. 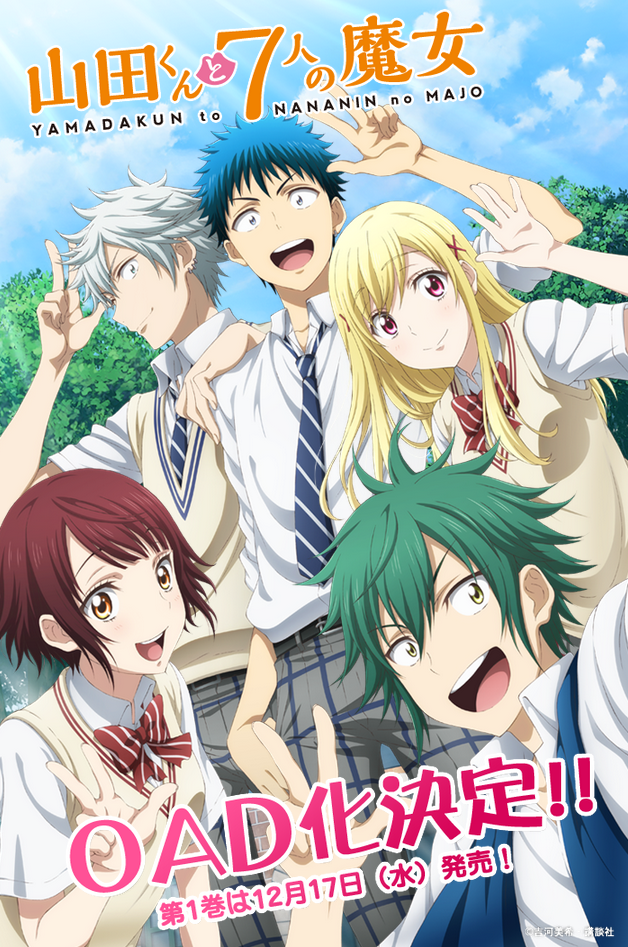 Yamada-kun to 7-nin no Majo synopsis from Haruhichan:

Shiraishi Urara is the top student in her school. One day, due to an accidental kiss, Urara finds herself in the body of the school delinquent, Yamada Ryuu! In trying to switch back to their own bodies, Urara and Ryuu discover that kissing causes them to switch bodies, which leads to their discovery that there are 7 witches in their school. They soon try to uncover the identities of the 7 witches…