A new key visual for Yuuri Wakasa from the anime adaptation of Norimitsu Kaihou and Sadoru Chiba’s moe / survival horror Gakkou Gurashi! manga series has been featured in the October 2015 issue of Megami. You can purchase this issue of Megami magazine issue here and you can view the other posters in this issue here. 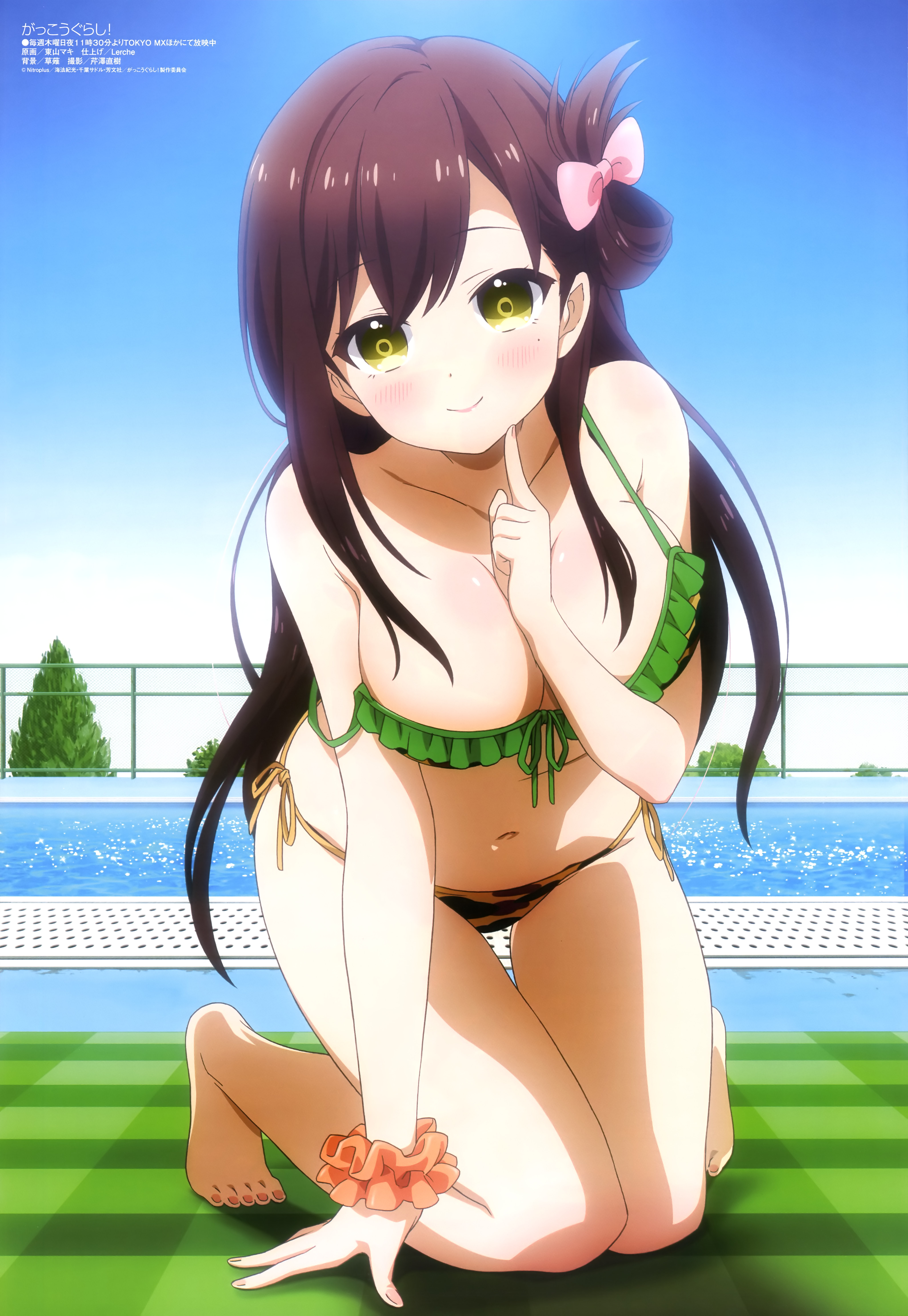 Gakkou Gurashi! was also featured in the September issue of NewType as a double page spread. The new visual recaps episode 5 of the TV anime series.  You can purchase this NewType magazine issue here.

The official website recently revealed a new illustration where the main cast of the series can be seen in clothing suited for the summertime heat.