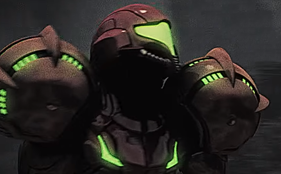 Rainfall Films, a video production company based out of Los Angeles, skyrocketed in popularity back in 2008 with their infamous Legend of Zelda April Fool’s trailer. This faux trailer, released on IGN, became an overnight sensation resulting in, according to their website:

…it was watched over 2.5 million times, became the #1 video on Youtube and MySpace, and was the 4th most Googled term in the world.

Since then, Rainfall Films has been contributing post-production services on music videos and television shows, as well as producing another fan film featuring the legendary Amazon warrior-princess, hailing from Themyscira, Wonder Woman (a.k.a. Diana Prince) which also resulted in a massive Internet-wide boom. To this day, the video on YouTube has over 5 million+ views!

In a collaboration between Rainfall and Nerdist, back in June 2014, fans could vote for what Rainfall could bring to life once more including Final Fantasy VI and, one of Nintendo’s gem IPs, Metroid. It wasn’t long before Metroid towered as a champion, winning the majority vote later in July. Now, a year later, Metroid: The Sky Calls is out and, oh boy, is it a doozy. Paying a serious homage to 70s sci-fi legends like Alien, 2001: A Space Odyssey, and, of course, the Metroid franchise itself, director Sam Balcomb and actress Jessica Chobot show that, if anything, Samus Aran could stand to show a thing or two to the leagues of notoriously awful video-game-to-film adaptations. That is, if Nintendo will allow her to.

Check out this brilliant, 12 minute short film for yourself!