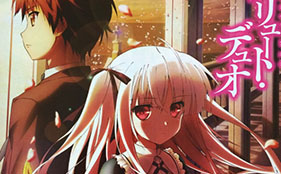 The December issue of Media Factory’s Comic Alive magazine will be announcing on Monday the cast and staff of the upcoming television anime adaptation of Takumi Hiiragiboshi’s Absolute Duo light novel series.